tirsdag 29. september 2020
A great species for Skagen found its way to the Observatory’s nets on the 29th of September.
af Martin Grienenberger & Amelie Zeller

On the morning of September 29th, there was a smell of Siberia in the air. The ringers were out at Grenen expecting another very busy day. The previous morning was indeed overwhelming with a total of 129 birds and the expectations were exactly the same for that day. The wind was stronger than the day before but that should not stop the ringers from catching the third ever Red-flanked Bluetail in Skagen, the second one in autumn and the 24th record in Denmark! The  previous records in Skagen are as follows:

This bird, which is the 11th record for Northern Jutland - the leading region in Denmark for that species - was a 1cy. born this summer. The inner greater coverts show a clear moult limit which confirm the age. The intensity of orange on flank and blue on tail/rump might point towards male but still in the overlap zone which also is the case of the wing length (78mm) and its therefore left unsexed. 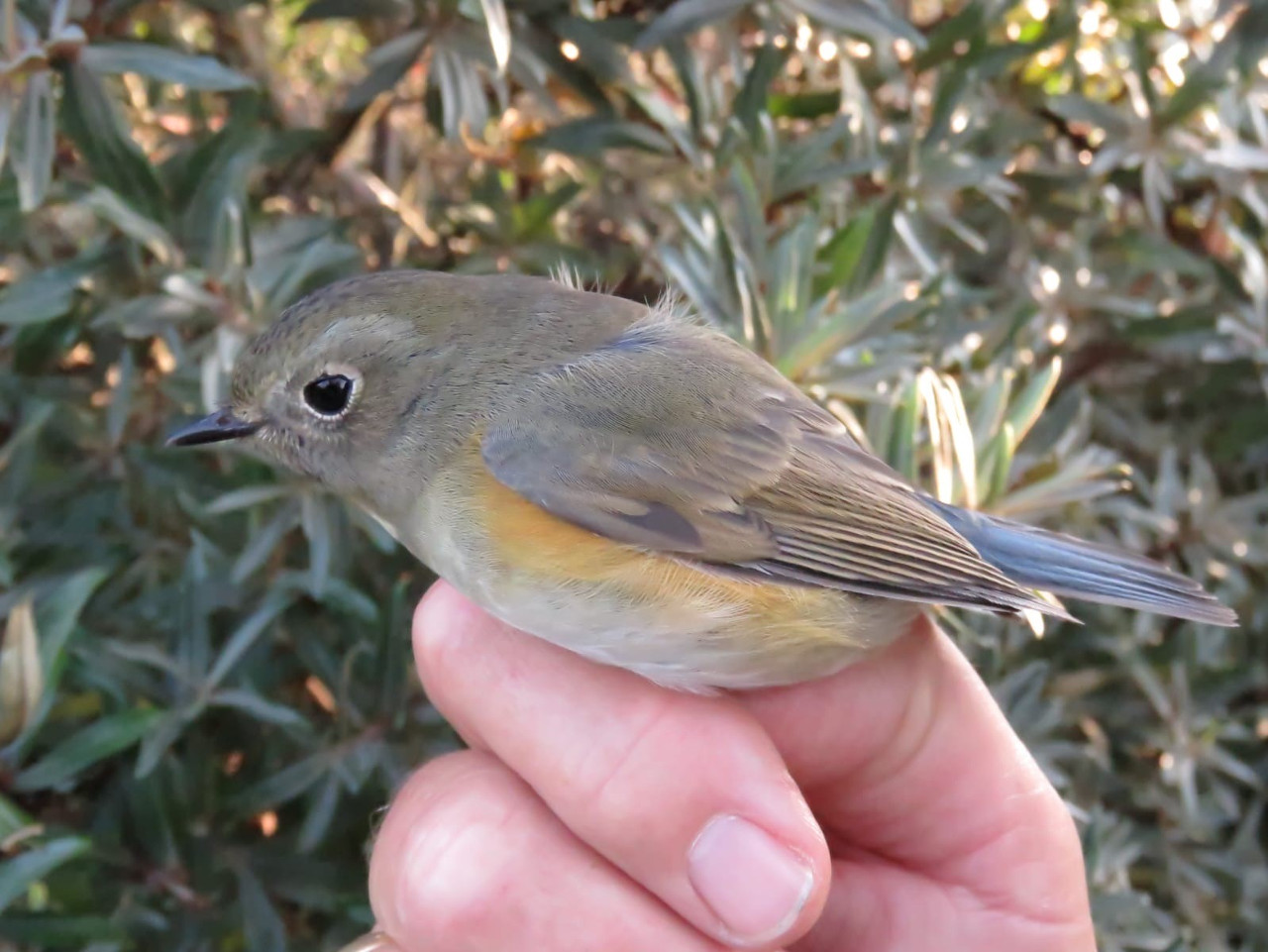 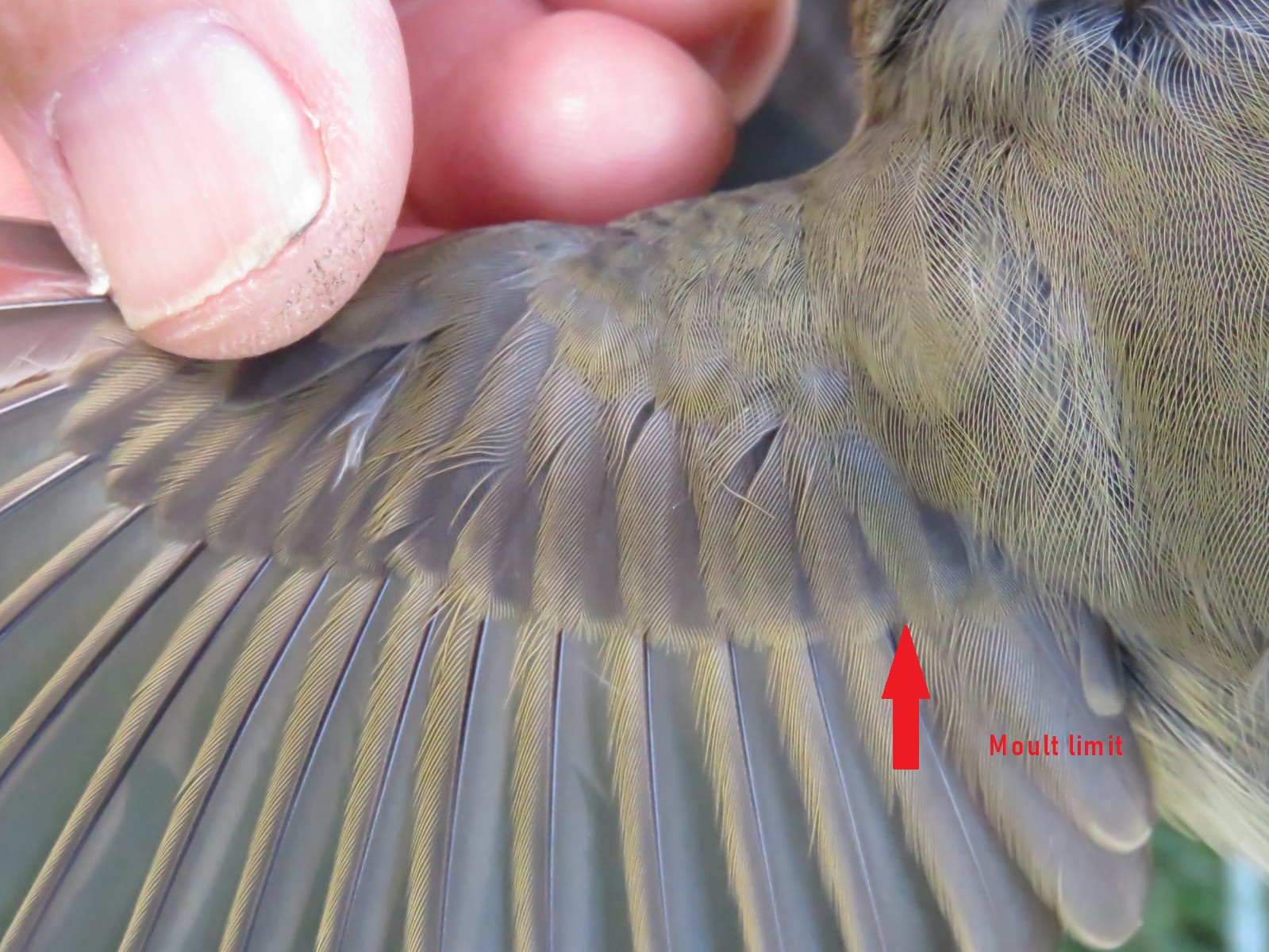 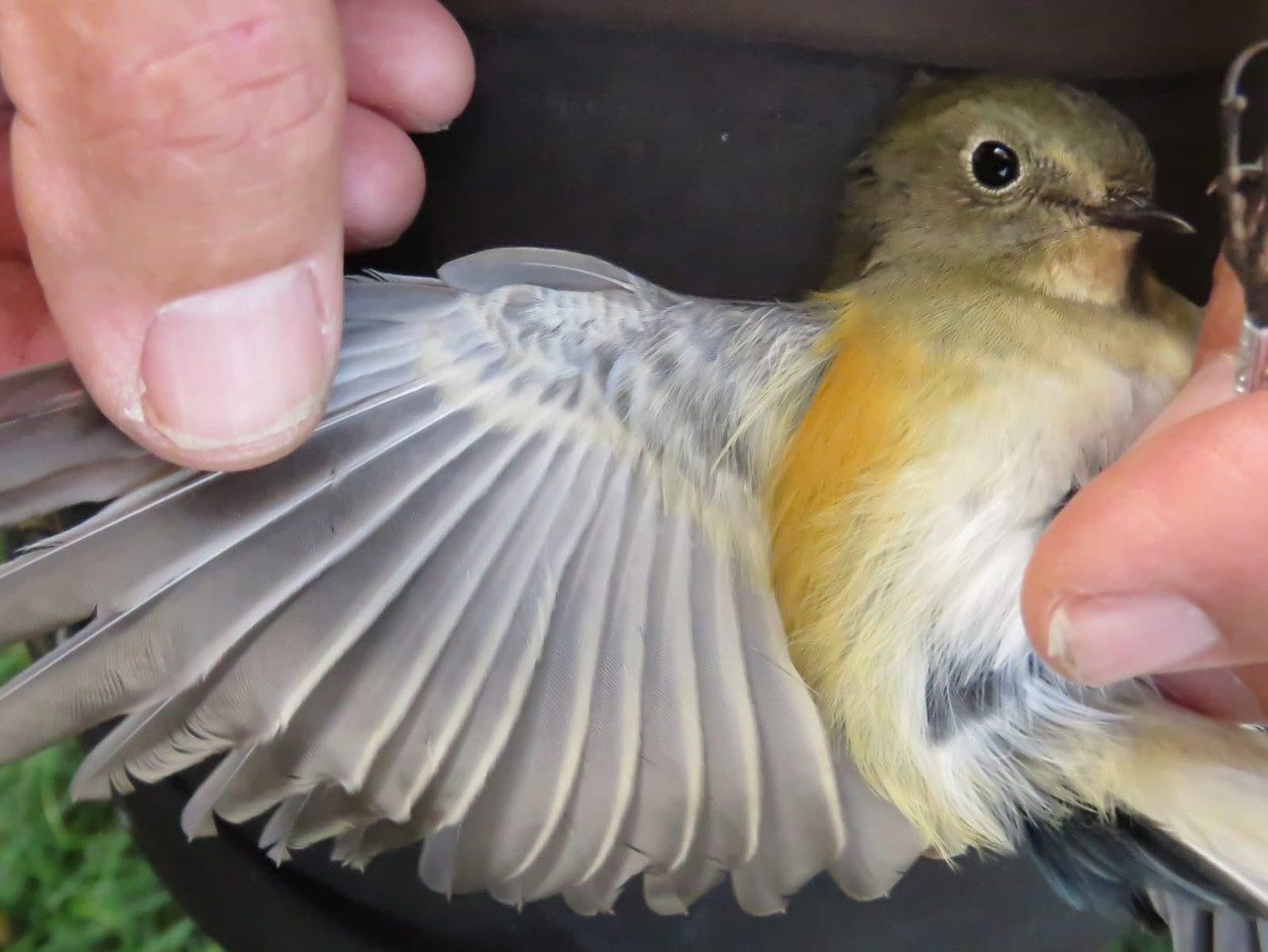 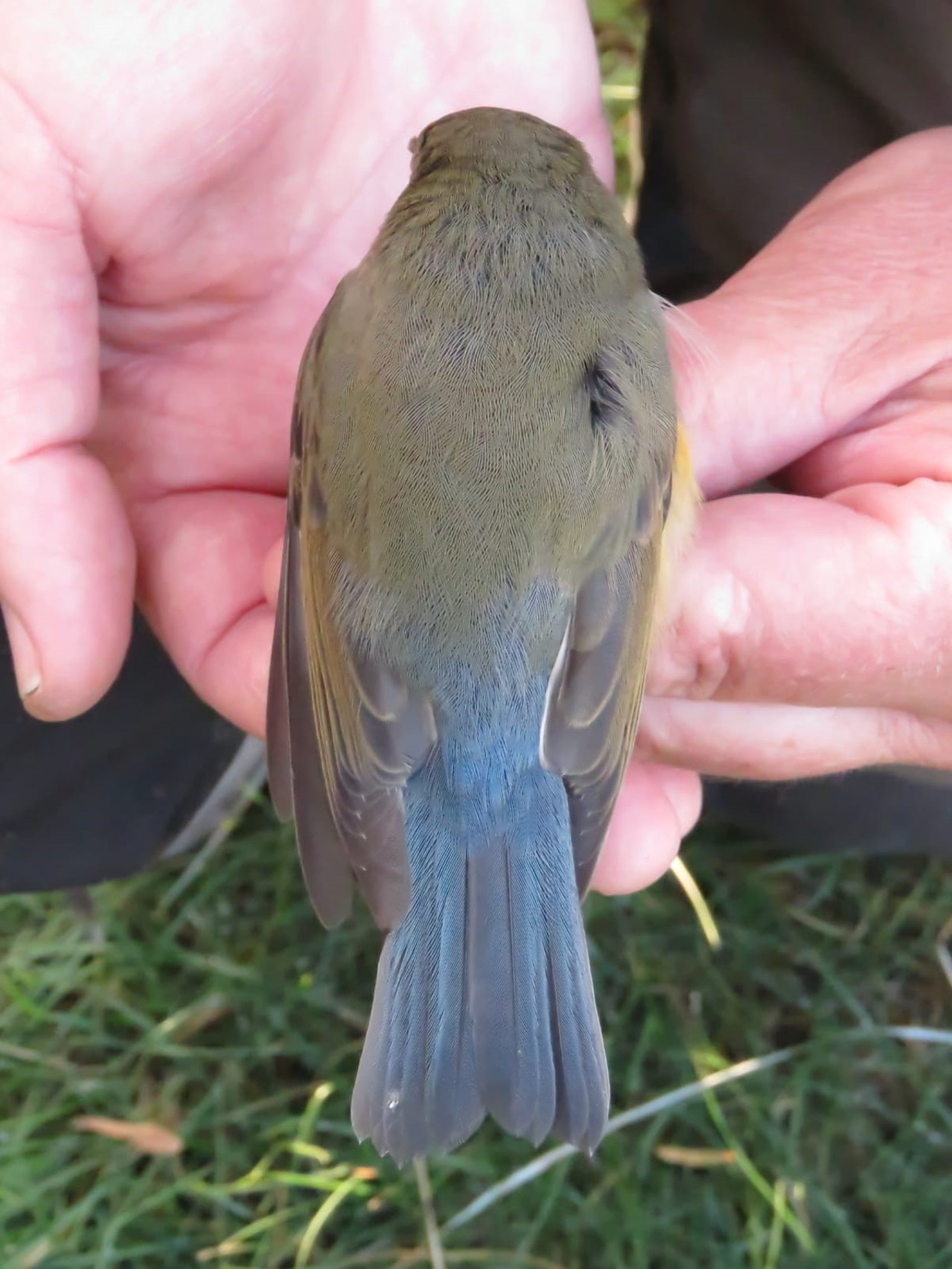 The nearest breeding grounds are the Finnish forests, and the distribution area continues from here all the way to eastern Siberia. Usually they winter in South East Asia. On the same day as the bird in Skagen, an individual of the same species was also found at Jomfruland in sourthern Norway and another found in Poland.