Birders on the storm

Our morning was dedicated to another kind of birding this morning : storm birding ! It consists in sitting on the same spot a whole morning looking for the eventual scarce pelagic bird you really want to see while you don't see any other  bird crazy enough to fly in that kind of weather. And unfortunately, that bird might never want to show its pretty face to those crazy birders sitting in a ferocious wind for hours …

That’s pretty much how our morning went at Buttervej. We saw at most 40 birds during 4 hours of sea watching while the most wanted Leach’s Petrel was seen in Grenen. Sometimes it’s just about luck ! 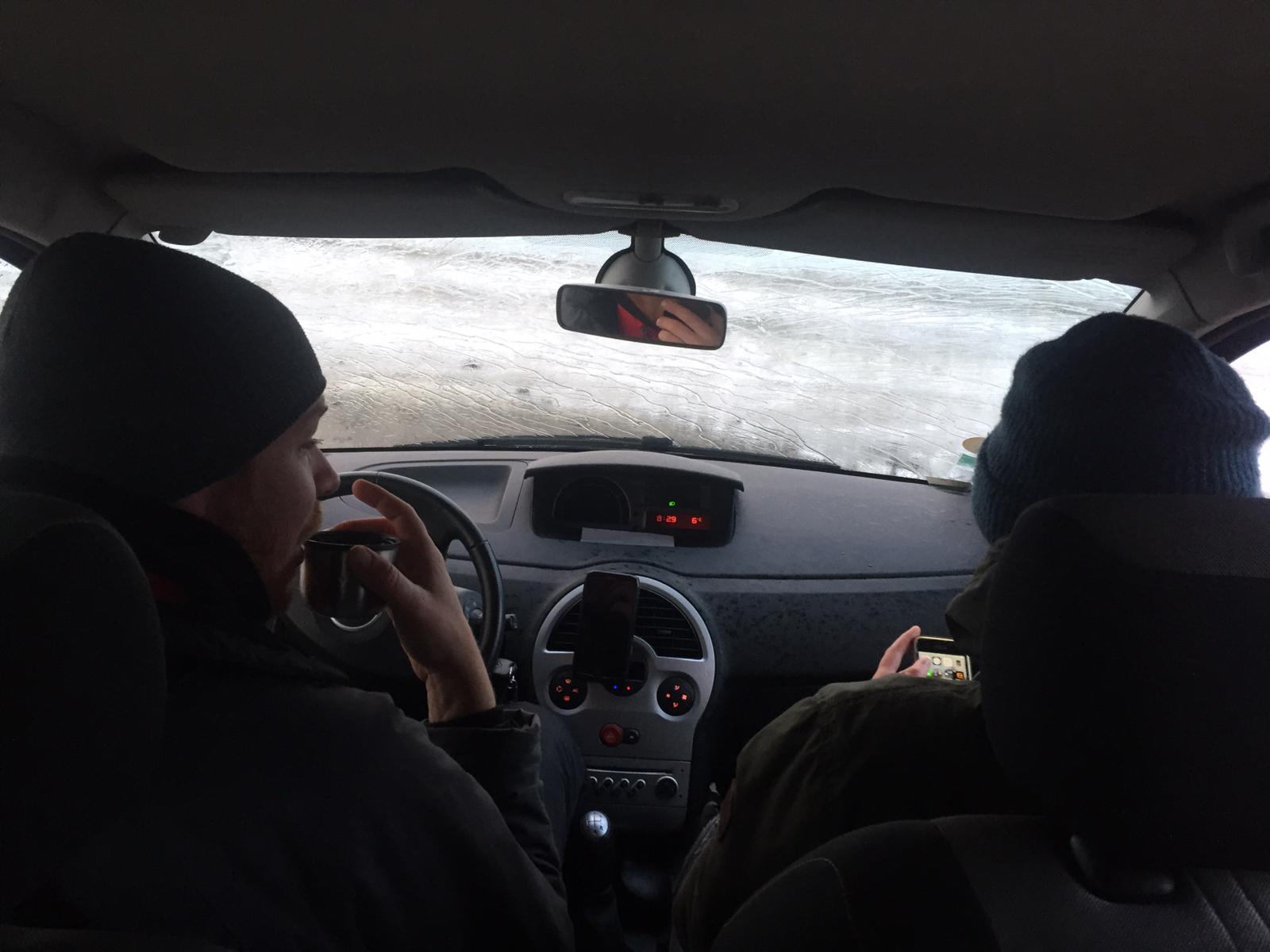 Tea break time in the car before going in the storm 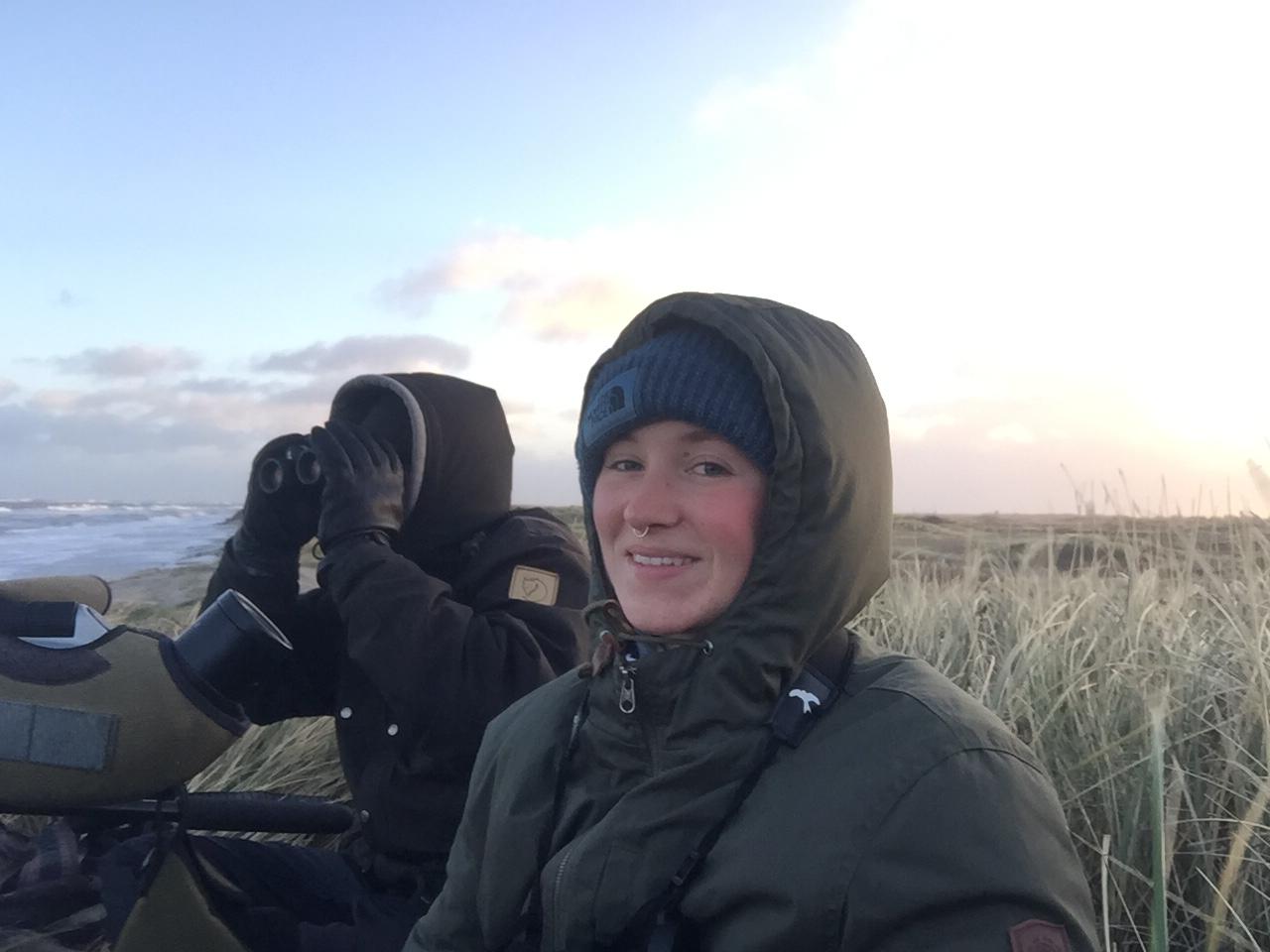 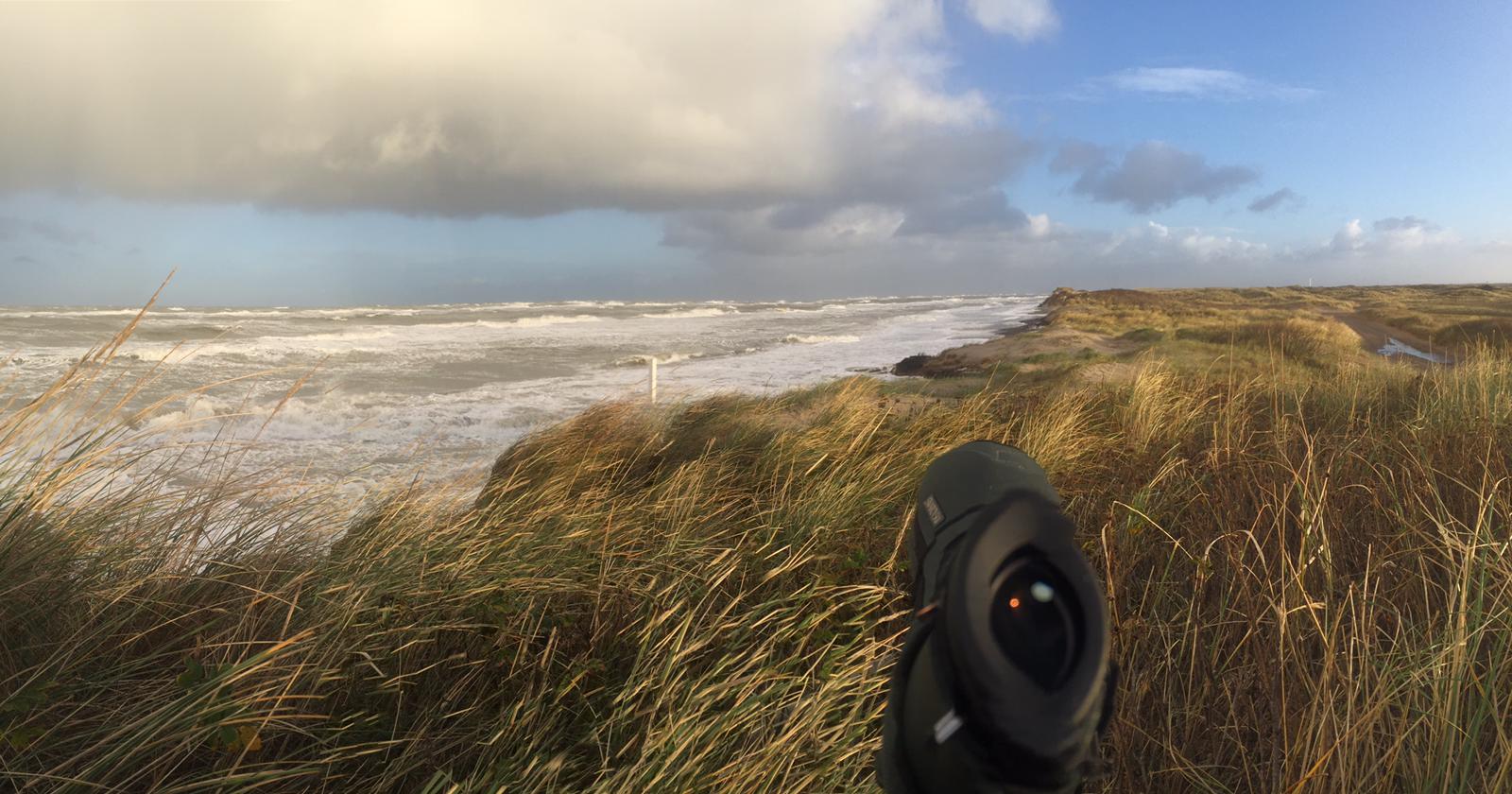 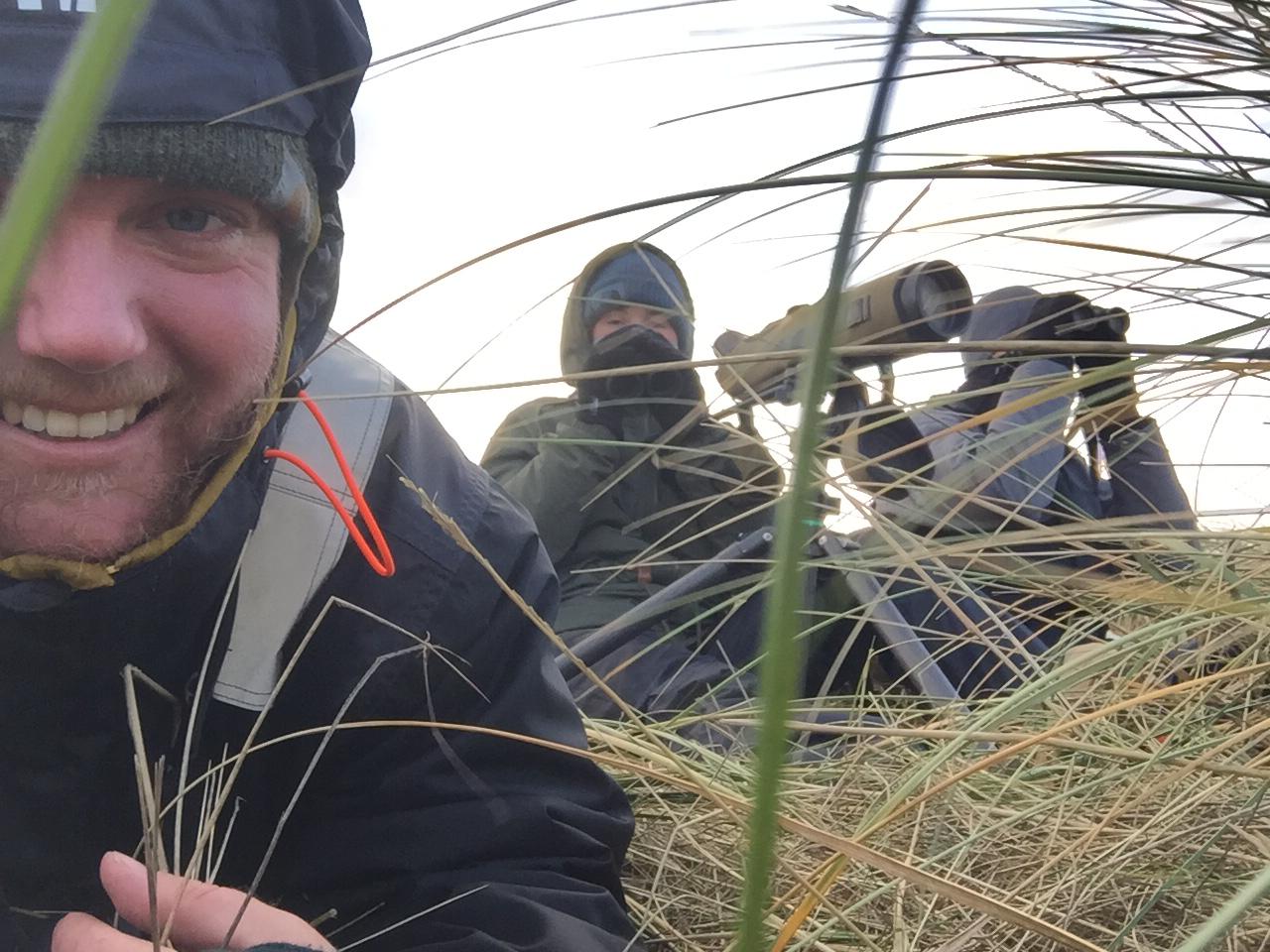 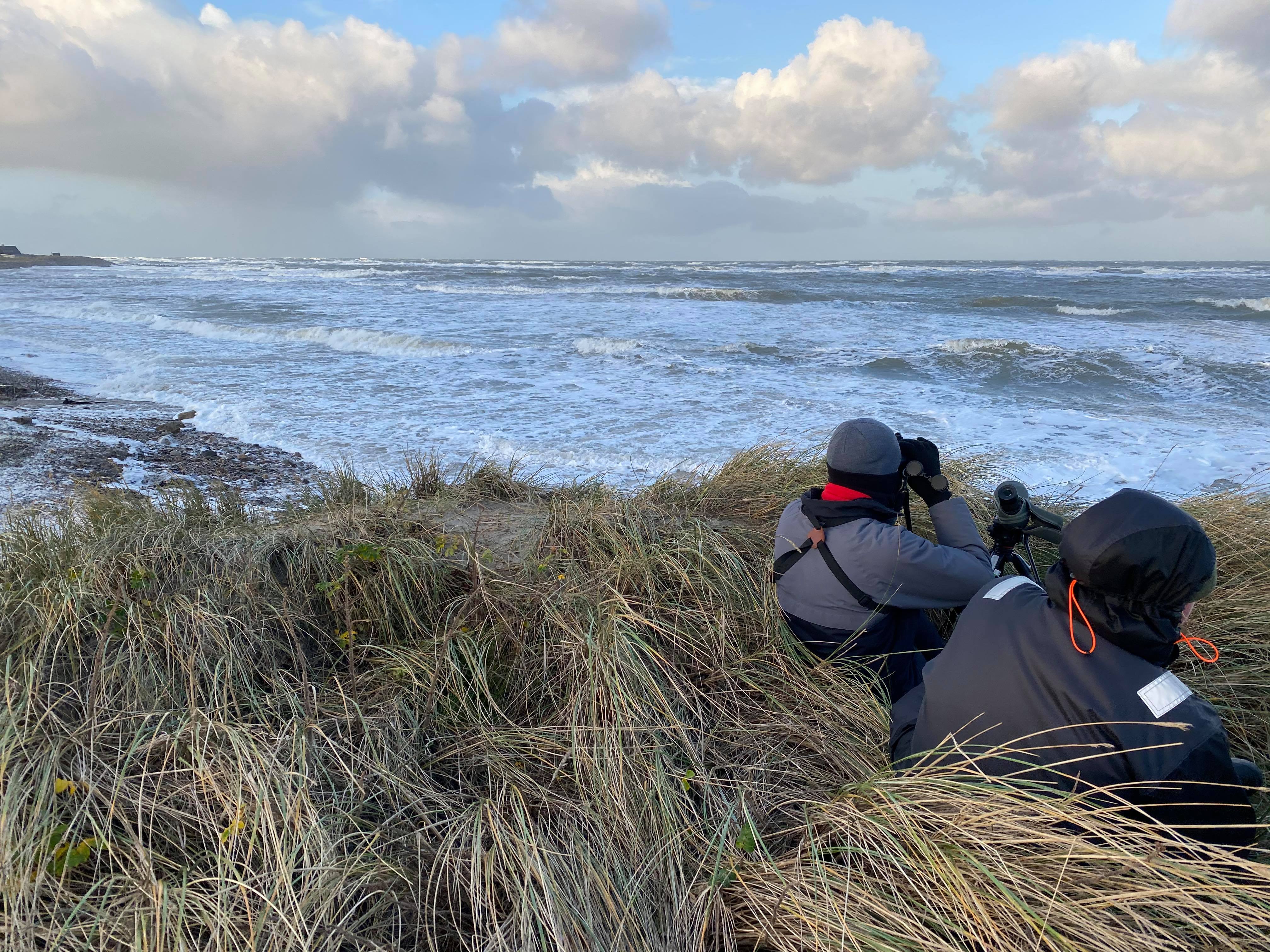 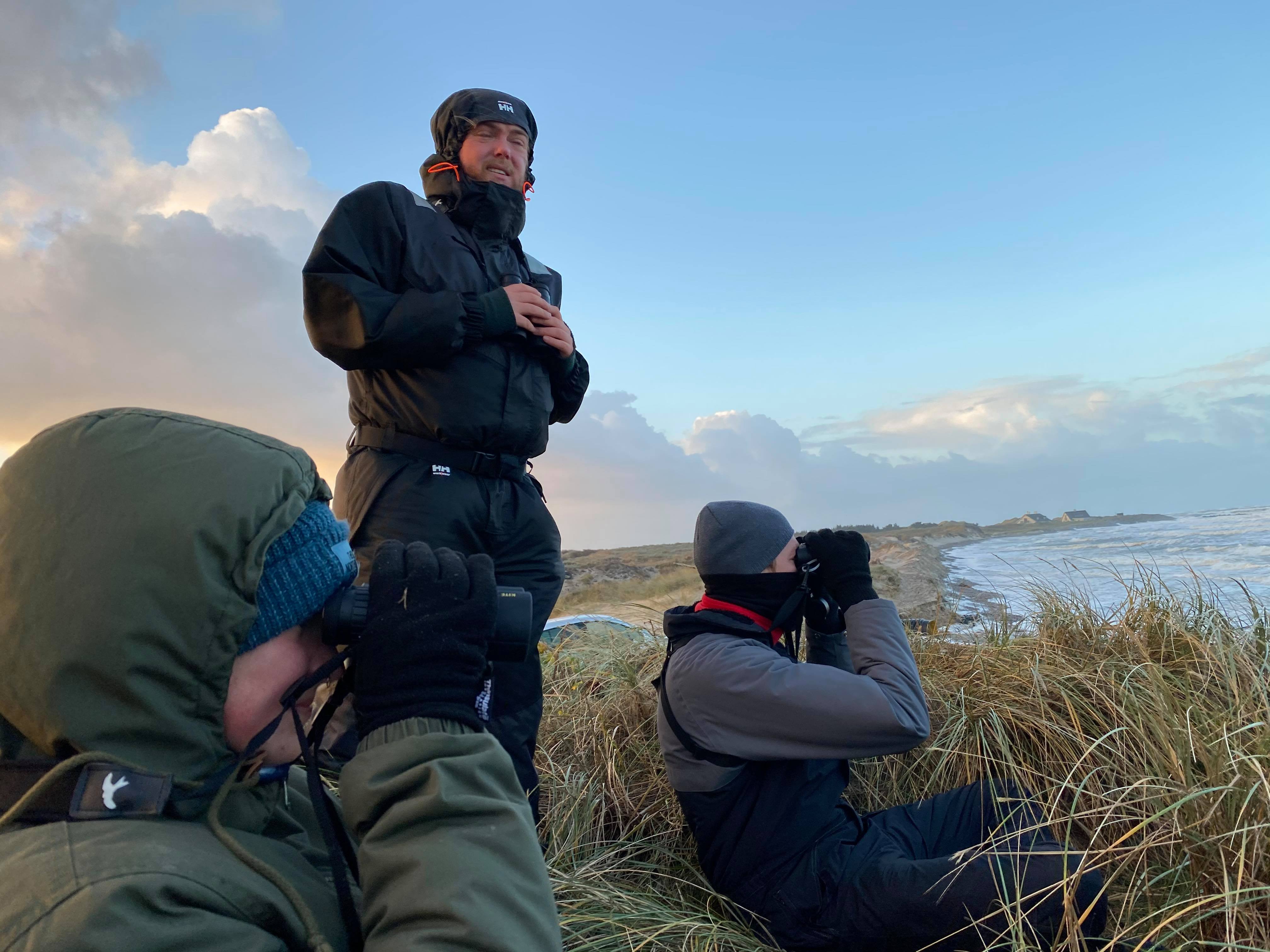 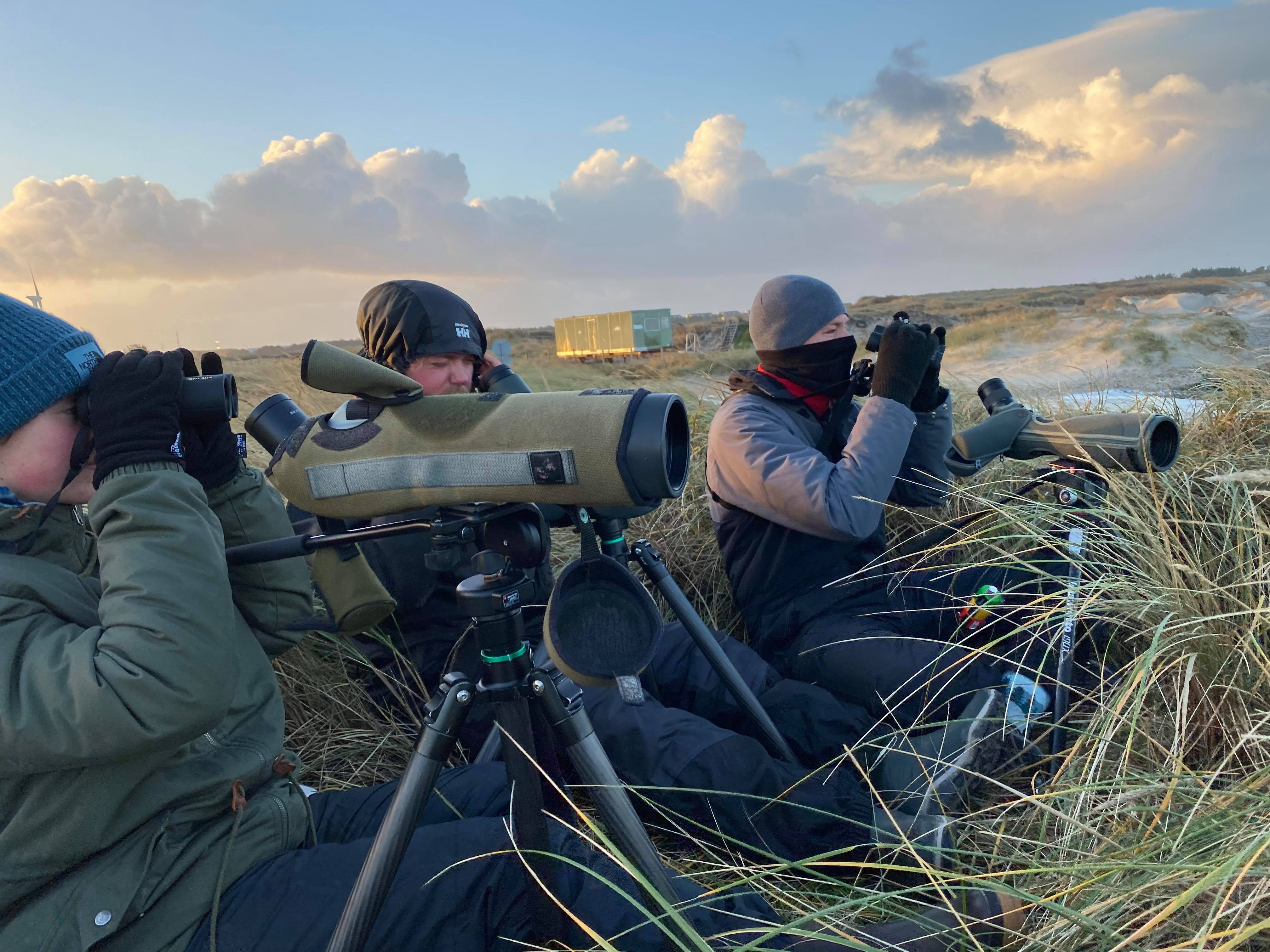 Simon joined us for a while, and then went to Nordstrand to try to see Storm Petrels with Knud, joined by Erik alter on.

In the afternoon, we worked on pretty diversified activities : Jeppe and Amelie cleaned and put some stuff away in the attic and the birder’s club, Christina took some nets dowckn in kabeltromlen, and I was working on the session I’ll run in the next few days.

Jeppe carried on with his skull work, and it looks like a pro job. 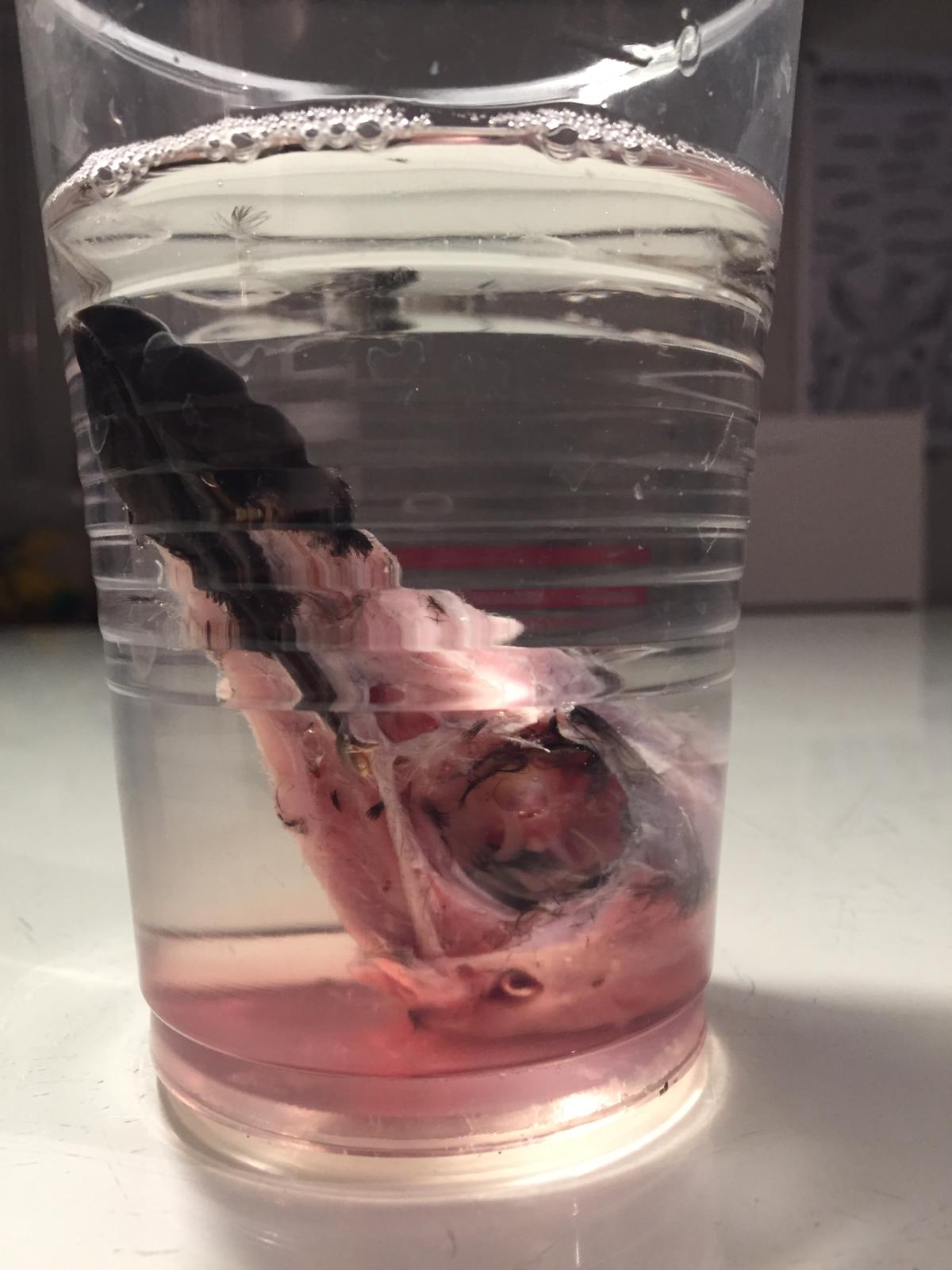 Pernille had sadly to go back to Aalborg but we hope to see her again next weekend !

In late afternoon, Amelie and I went out again for night catching, hoping to be as successful as last night. And it went even better than yesterday ! We caught 2 Woodcocks tonight ! This time, the 2 birds were adults and it was quite interesting to check on the features after the 1st year from last night. 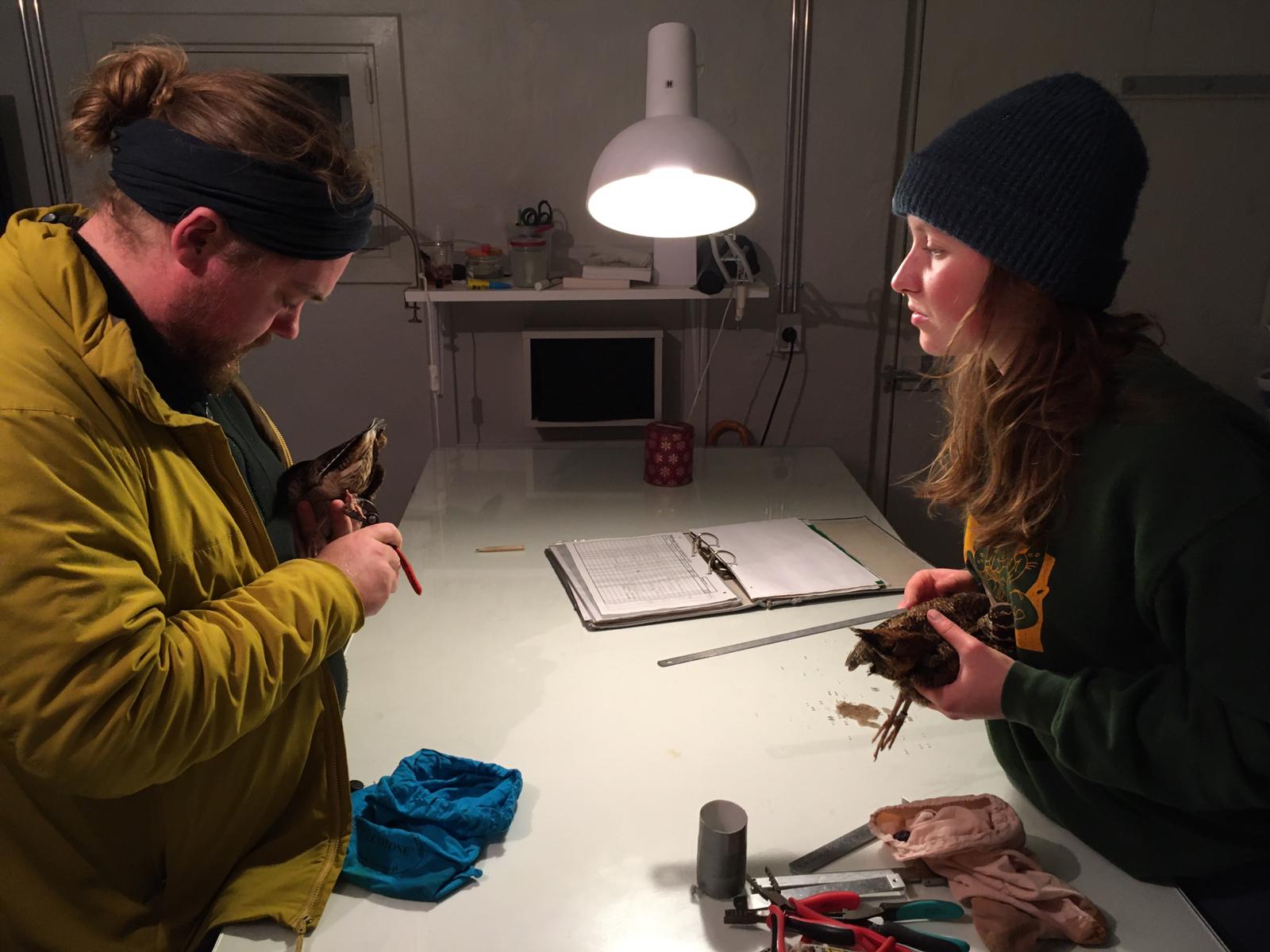