On Monday evening, Martina and I arrived here for a short one-week-stay at Skagen. It began with nightcatching, without success but we saw a Short-eared Owl “Mosehornugle” at the secret lake. The next morning, we went ringing at Jennes Sø. The success was quite low, we caught two birds: A Wren “Gærdesmutte” and a nice Redpoll “Gråsisken”, which I could watch feeding in a tree afterwards. 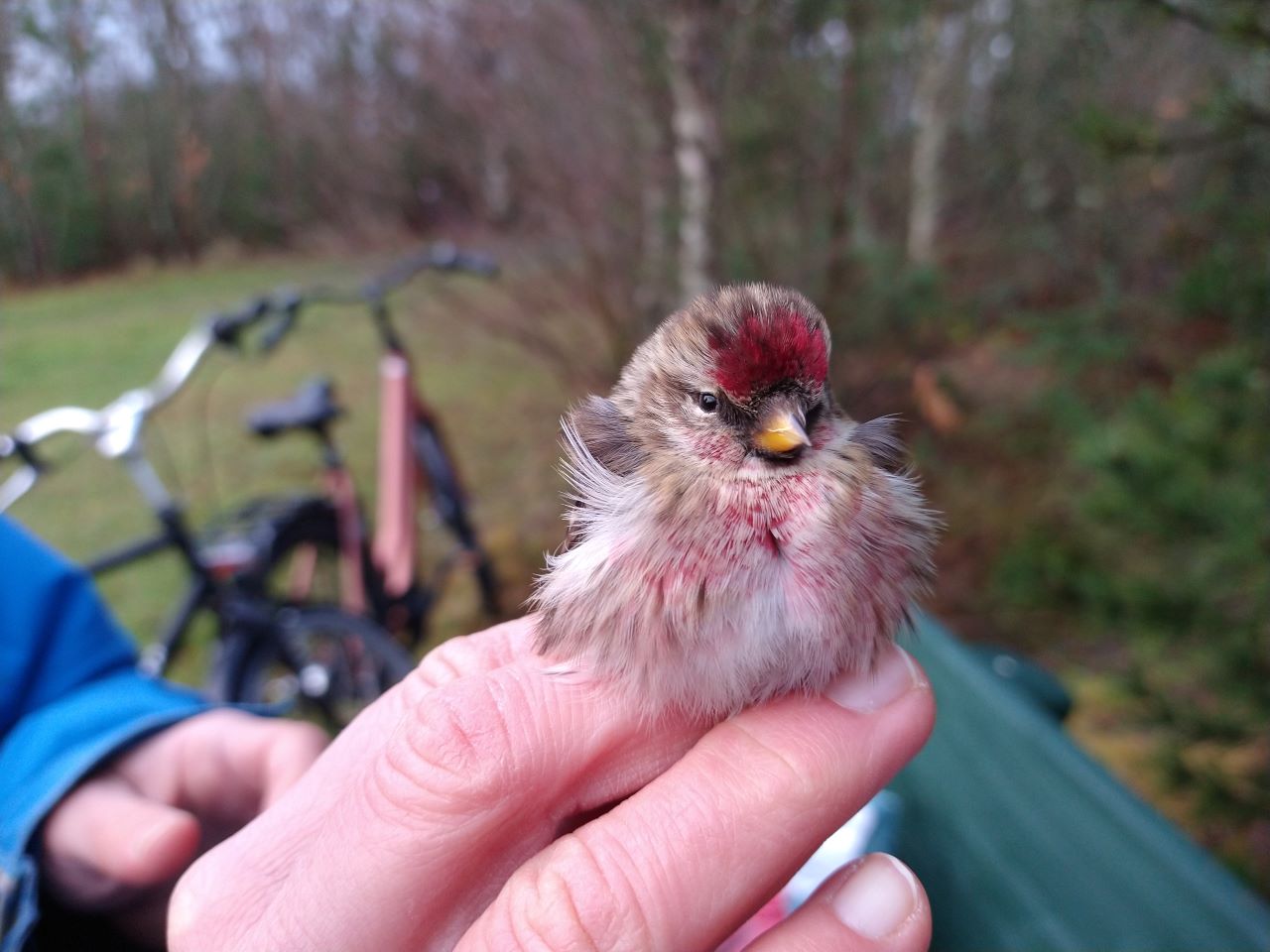 In the afternoon, Martina went to the beach near the harbor and had nice observations of three Razorbills “Alk” which were very close. I went to town, looking for Waxwings “Silkehale” but there were none.

Winter in Skagen can be quite windy and rainy. This week really is. Nevertheless, I went to World End 3 for one hour on Wednesday, Martina joined for a while. As the weather and the visibility was so bad, we didn´t see much. Nevertheless: Auks “Alkefugle”, Velvet Scoters “Fløjsand”, Sanderlings “Sandløber” and Snow Buntings “Snespurv” are species I don´t see at home in southern Germany.

Otherwise, we used the rainy day to sort out doublets in the picture archive of 2022 and untangled a wader net.

In the afternoon the rain stopped for a little while before sunset. Martina went to the harbor and even managed to catch a Yellowhammer “Gulspurv” in the lighthouse garden. I was at cormorant lake and had a nice observation of some Bearded Reedlings “Skægermejse” which were calling in the reeds and coming very close to me.

The first Fulmar “Mallemuk” Beach-Survey for 2023 was today. Therefore, we could say Happy New Year to Jørgen and Igor in the morning, as Jørgen drove us to Solnedgangspladsen in Gammel Skagen where we started. No dead Fulmars “Mallemuk” today. But we found some other dead birds on the beach, as well as a nearly intact dead Cancer pagurus "Tastekrappe". 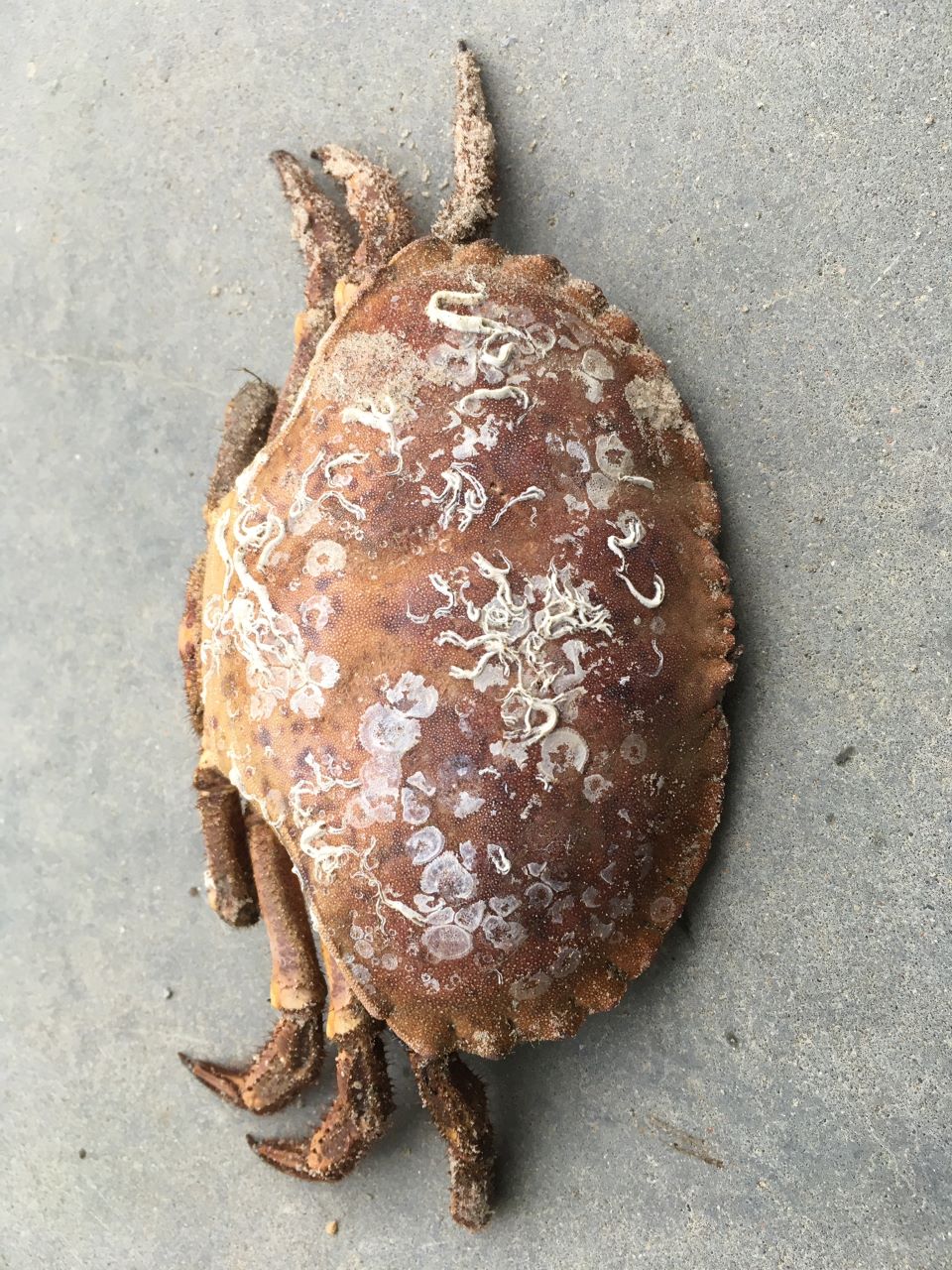 There was one pair of wings Martina and I were especially scratching our heads over. 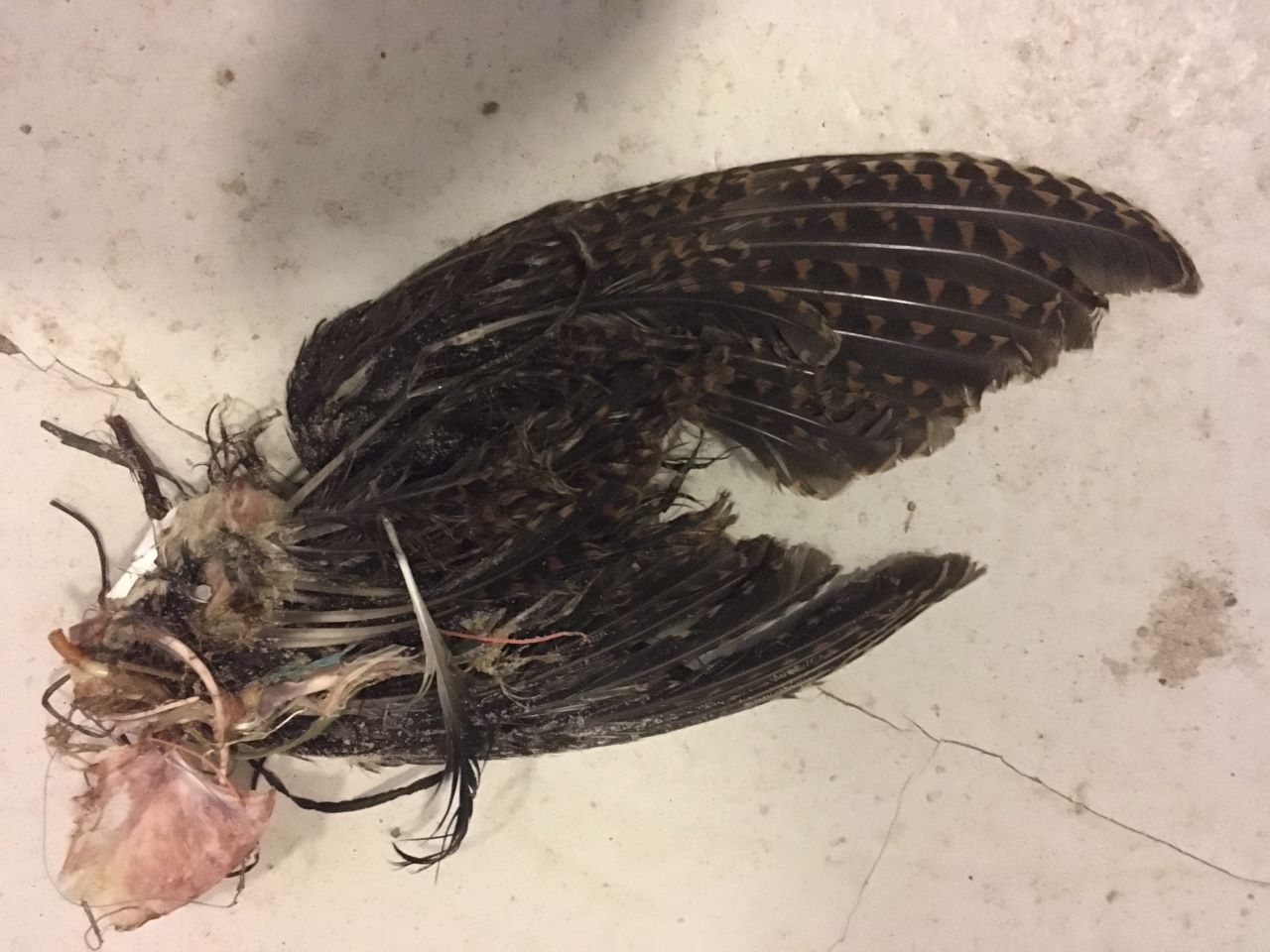 And you? Do you know the solution of the riddle?

In the afternoon, Martina went to count Gulls “Måge” at Grenen and I took care about Fulmar survey protocol etc. and warmed me up with some tee.

Tomorrow, there will be a storm but maybe it will bring some birds to Skagen.

Oh yes, and Simon solved the riddle of the pair of wings for us: It is from a Woodcock “Skovsneppe”.

Take care and get well over the winter!