The day started quite early, Daniel, Mikkel and I got up at 5 and went out to open the nets and activate the reed trap by 6:15am. Unfortunately, it was quite windy so we couldn’t open all the nets. It was also too cold to stay up on Kabeltromlen, so we took shelter down the hill from there and ringed there the whole morning. The rounds were quite slow and there were not so many birds, but we did have a couple of exciting captures! A nice adult female sparrowhawk (Spurvehøg), and later an adult male Goldcrest (Fuglekonge) with a ring from Germany! It’s always super exciting to catch birds with foreign rings! 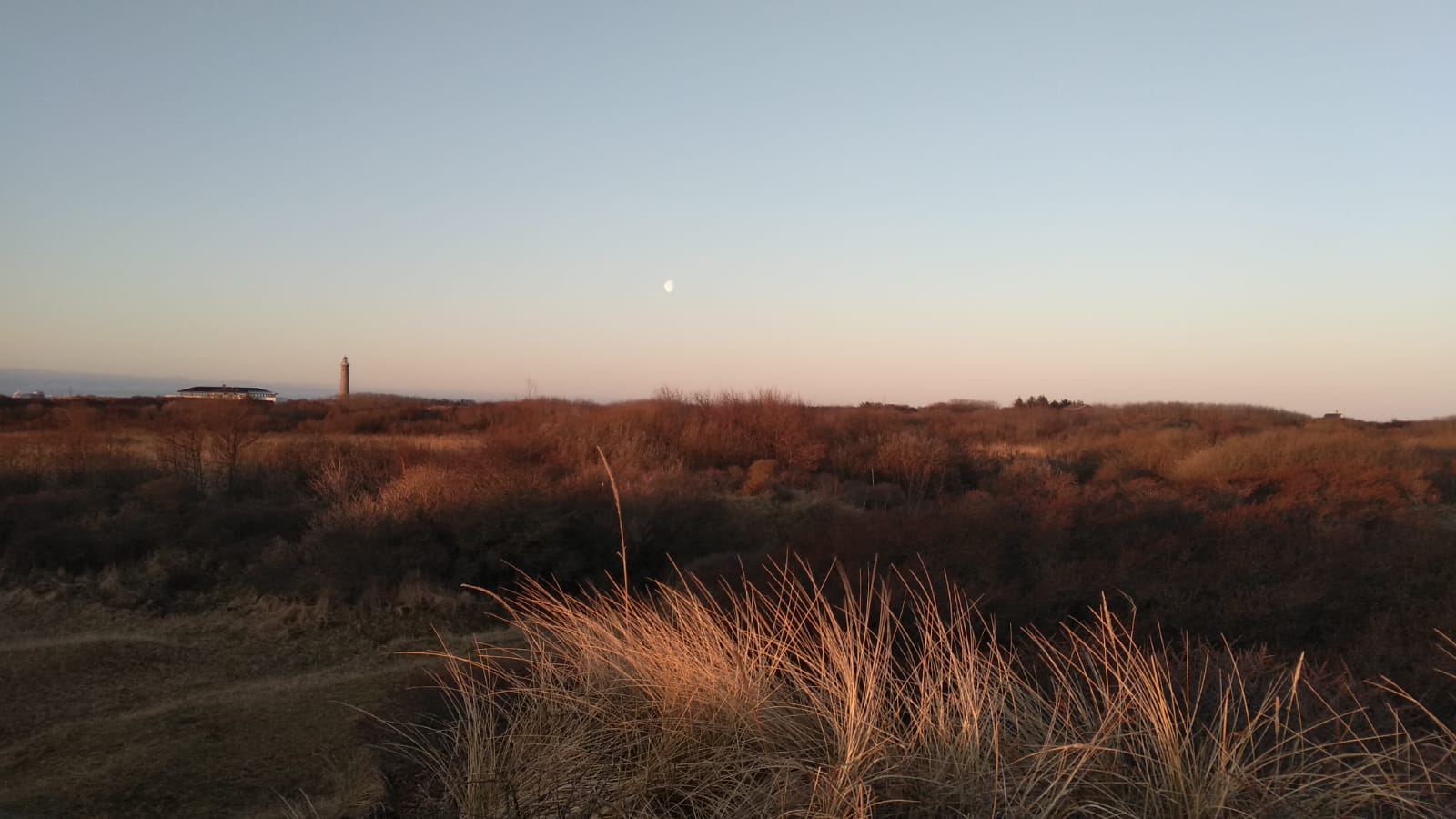 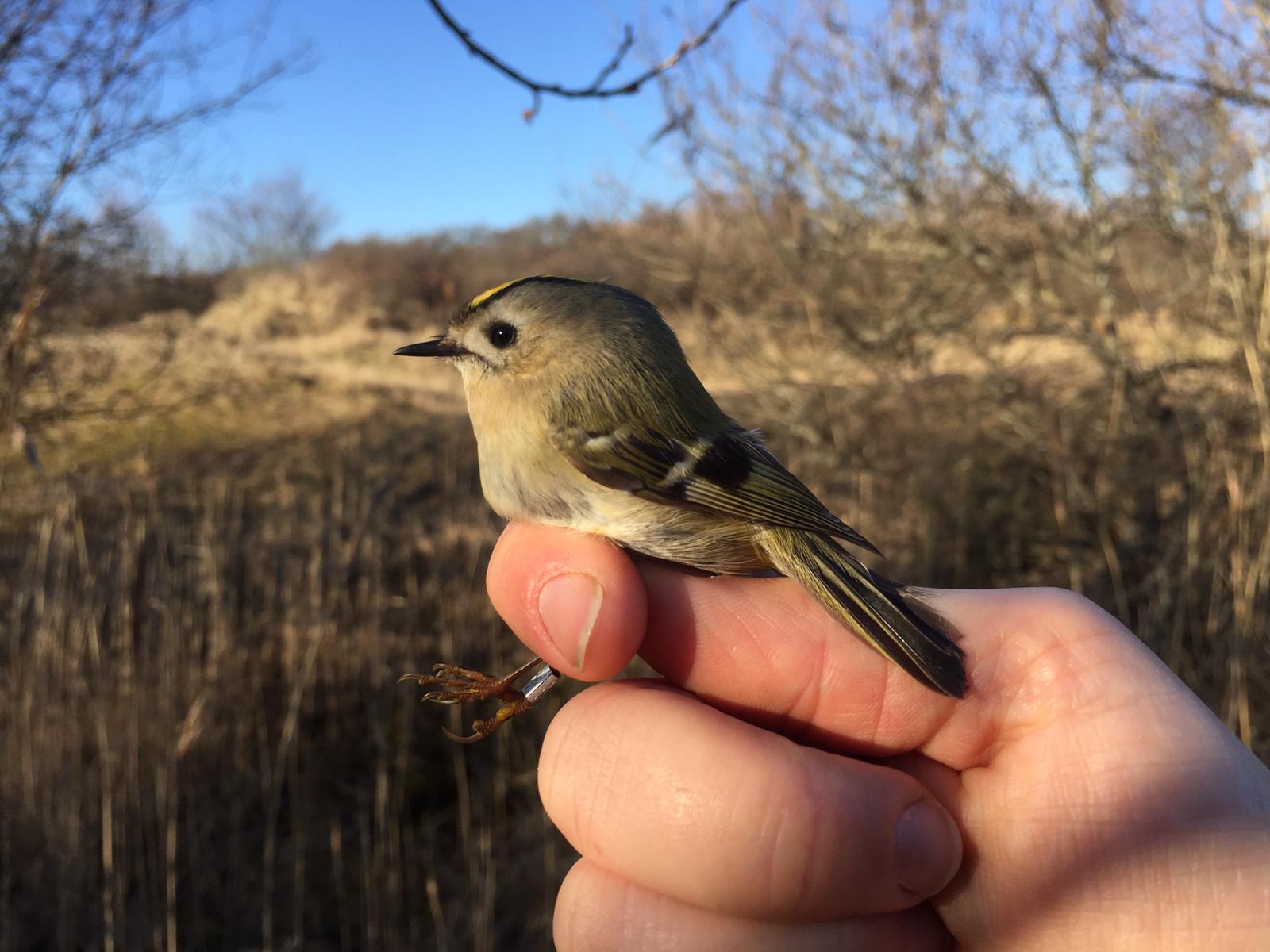 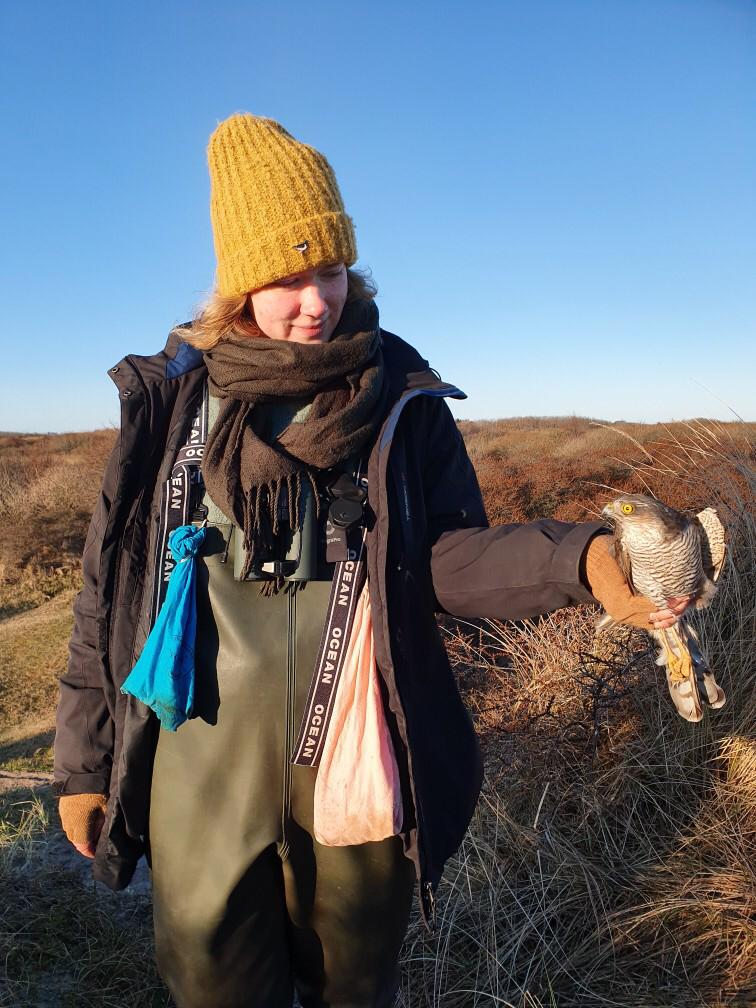 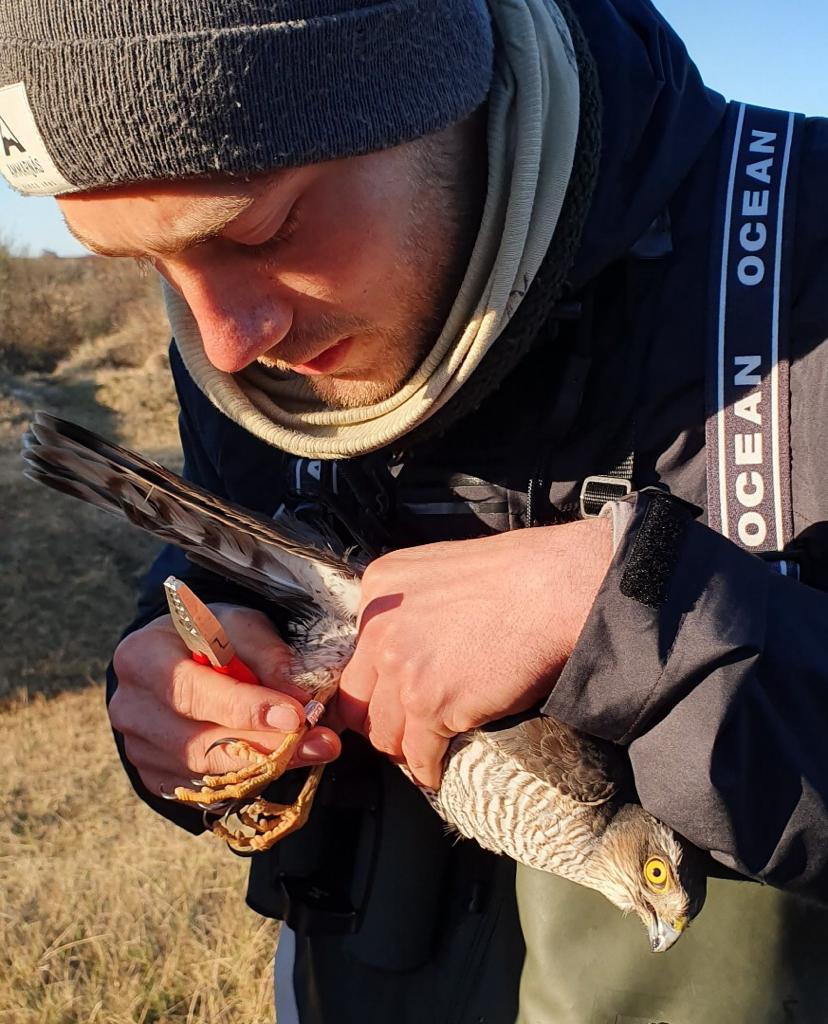 Even though we didn’t have many birds, Mikkel got to practice handling birds and taking wing measurements, he also extracted his 3 first birds from the net! We also had quite a few people staying with us throughout the morning; a nice family from Copenhagen, Jørgen and Igor, Erik Christophersen, Søren Skov, and Marianne just to name a few! 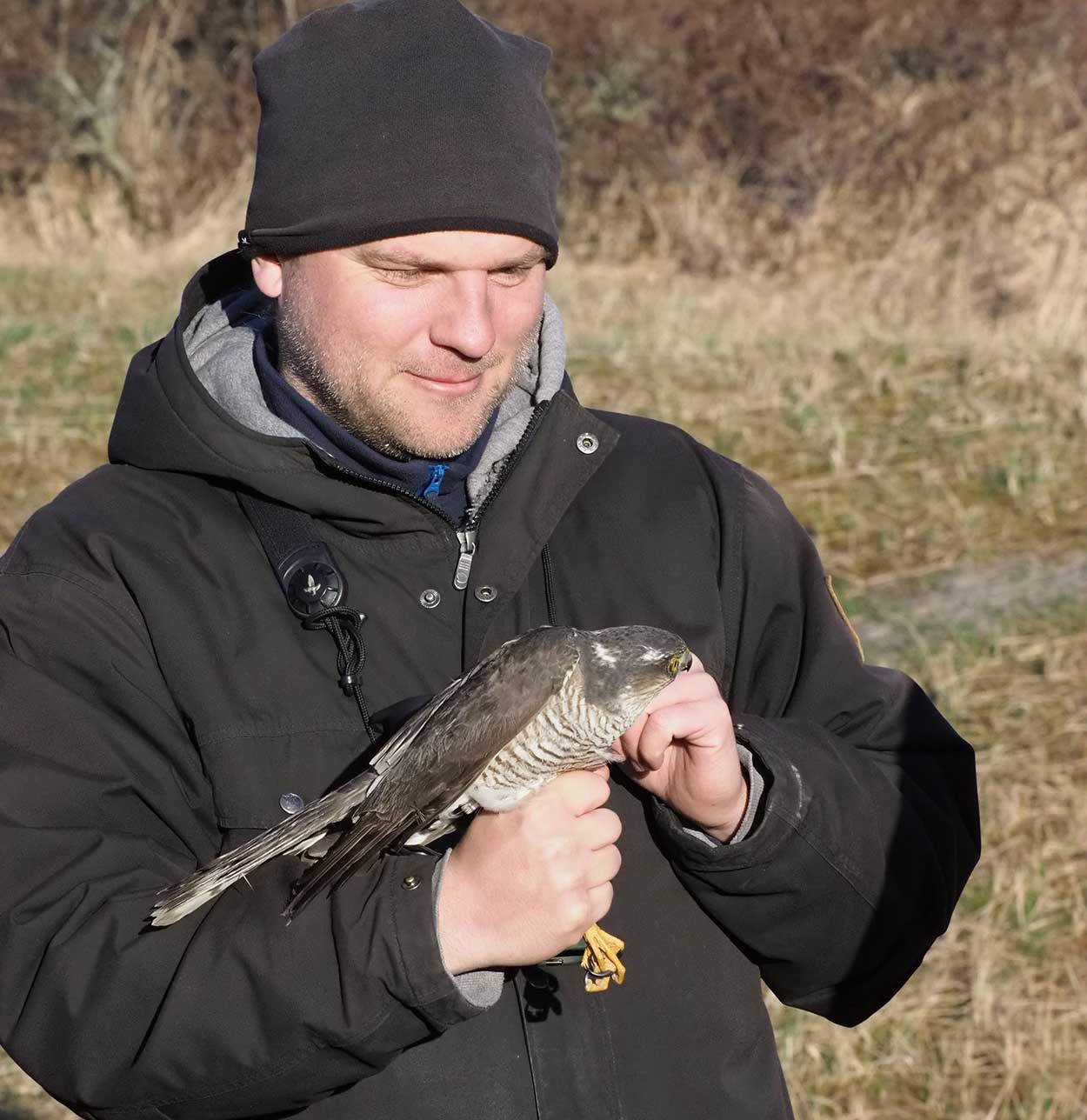 Meanwhile, Jonas went out observing at Verdens ende 1 together with Henrik and Nicole Böhmer, Alex Sand Frich, and they were also joined by Erik Christophersen. They had quite a nice first hour of observations with a lot of auks (Alkefugle), a couple of great skuas (Storkjove), a handful of fulmars (Mallemuk) and 6 European shags (Topskarv). Jonas stayed for an extra hour to enjoy the raptor migration, they counted around 150 common buzzards (Musvåge), two merlins (Dværgfalk), and many sparrowhawks (Spurvehøg). 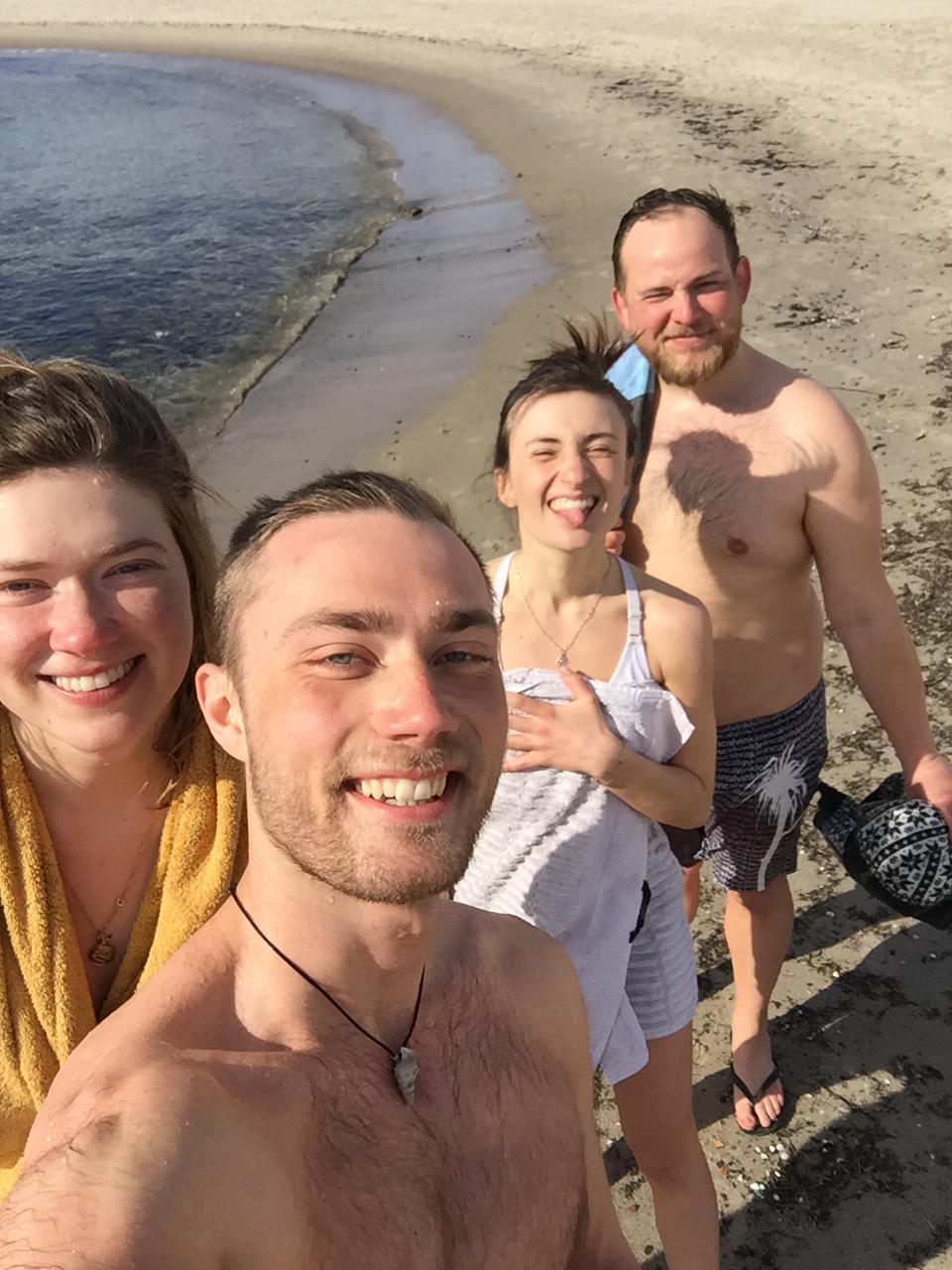 Back at the observatory, Michaela, Mikkel, Daniel and I went for a fun but cold swim in the sea and the did some yoga in the living room. That’s where Jonas found us when he came back. After lunch we all took quick 10 minute naps. During that time Simon prepared for the Easter fun afternoon. Apparently The Easter bunny visited the garden and laid 10 chocolate eggs there which we had to find! The hunt was successful (not for me though, as I found none.), all 10 eggs were found and shared among us! After that Simon made us go up to the attic because we had to find and catch the bats that started living there. We put on gloves and started checking all the corners with flashlights, but soon we realized it was actually April fool’s prank! 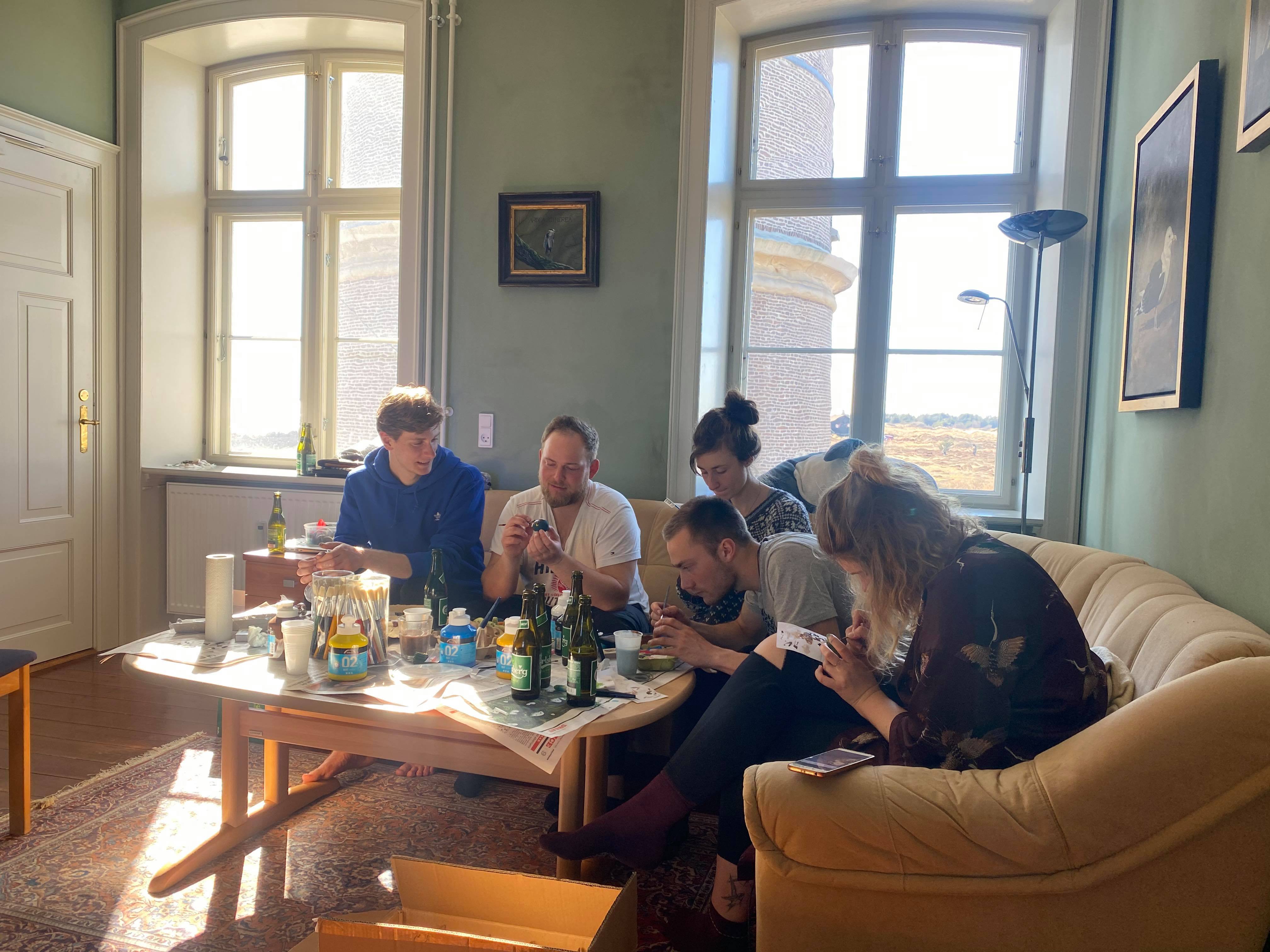 After that, our Easter fun continued and we blew and painted some eggs! Everyone went with the bird theme which resulted in a nice collection of painted eggs that are now hanging in the observatory garden if anyone wants to see them! We had an early omelet dinner, and went swimming after it again! 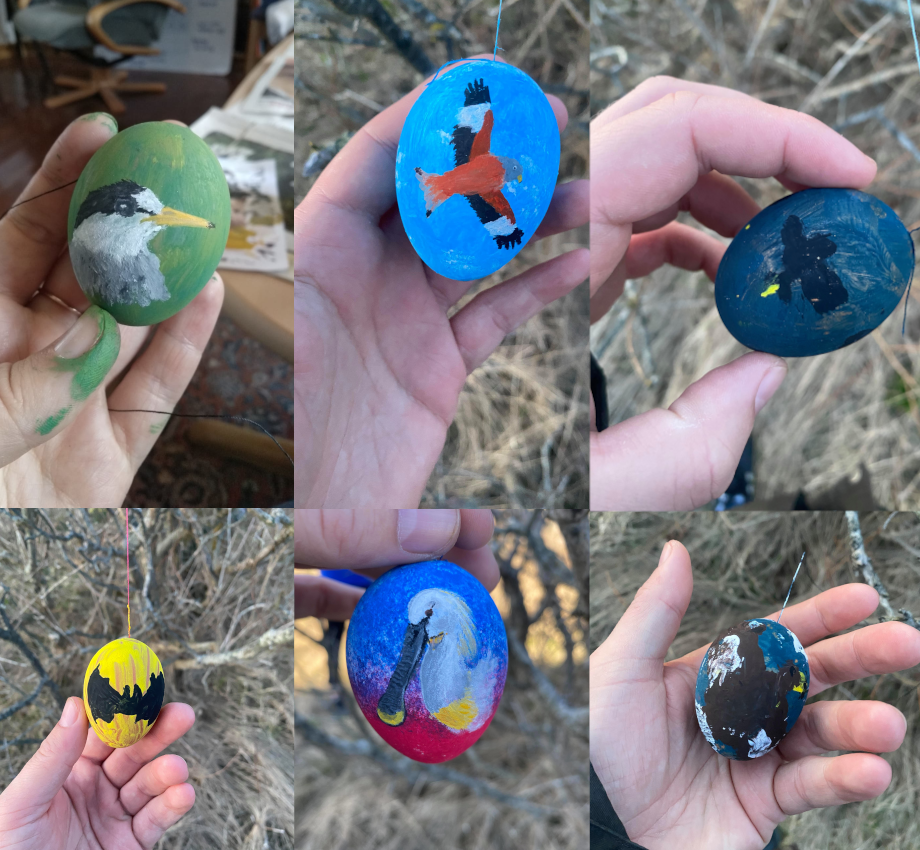 Overall, it was a lovely sunny day with lots of fun and laughter!