Esben’s arrival yesterday meant that we were able to ring again today which is exactly what we did! Just before sunrise, we headed out to our Kabeltrommeln site and opened up our nets for the morning around 4:30. From the very first round, the birds were present with rounds of around 10 birds each time. At the end of the first round, we were joined by our station guests, Ouafa and Peter, which generously brought coffee and food that was very well received. A round later, we were joined by Bella and her boyfriend, who has studied birds extensively throughout her studies. 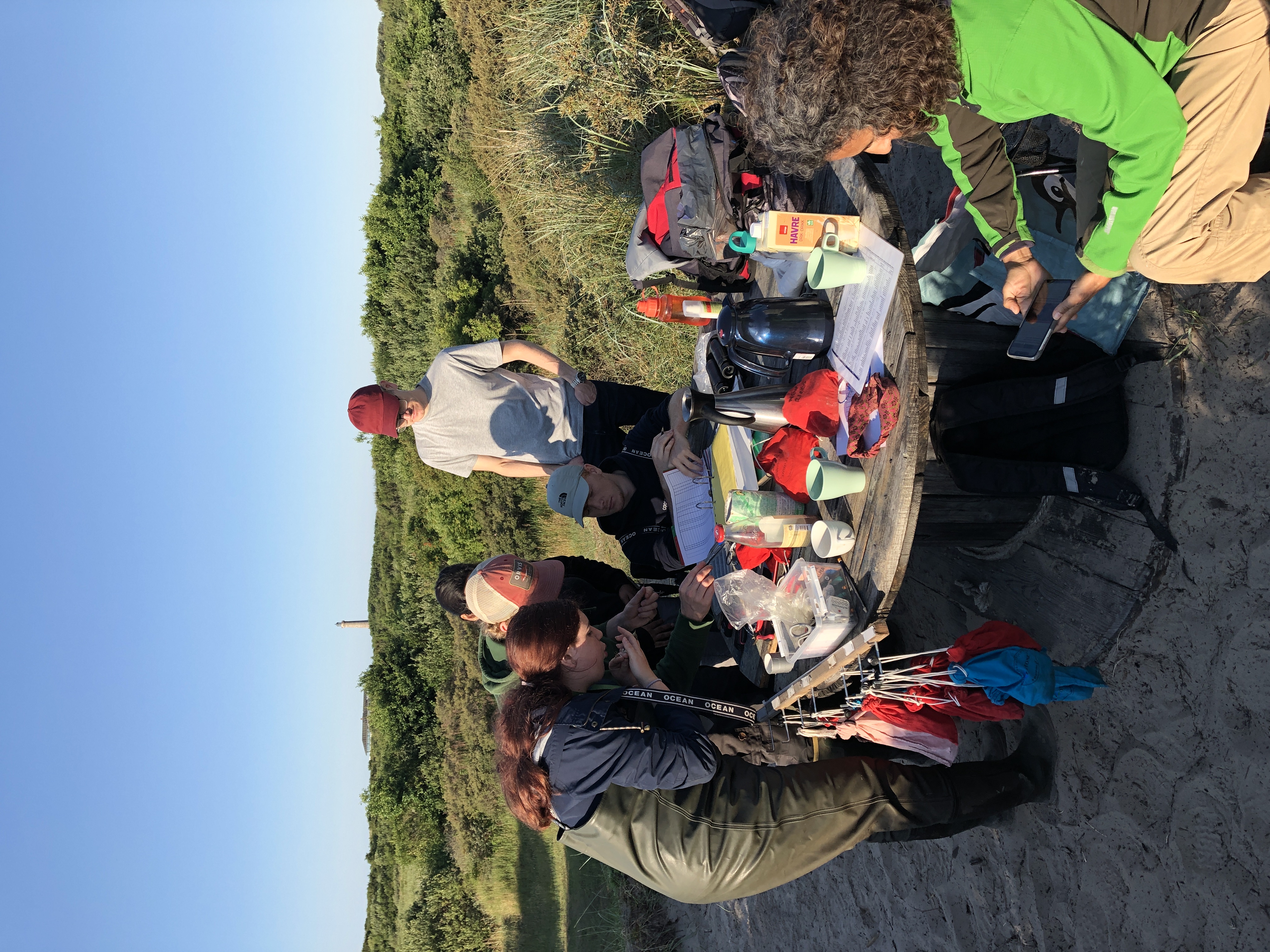 The results of our morning were an enormous amount of whitethroats, both common (tornsanger) and lesser (gærdesanger) making up more than half of the ringed birds today. Grenen really does seem to be a successful breeding place for them, as most of them were first year juveniles! Other notable birds include 2 siskins (grøsiskin), a tree pipit (skoupiber) and a beautiful crested tit (topmejse). 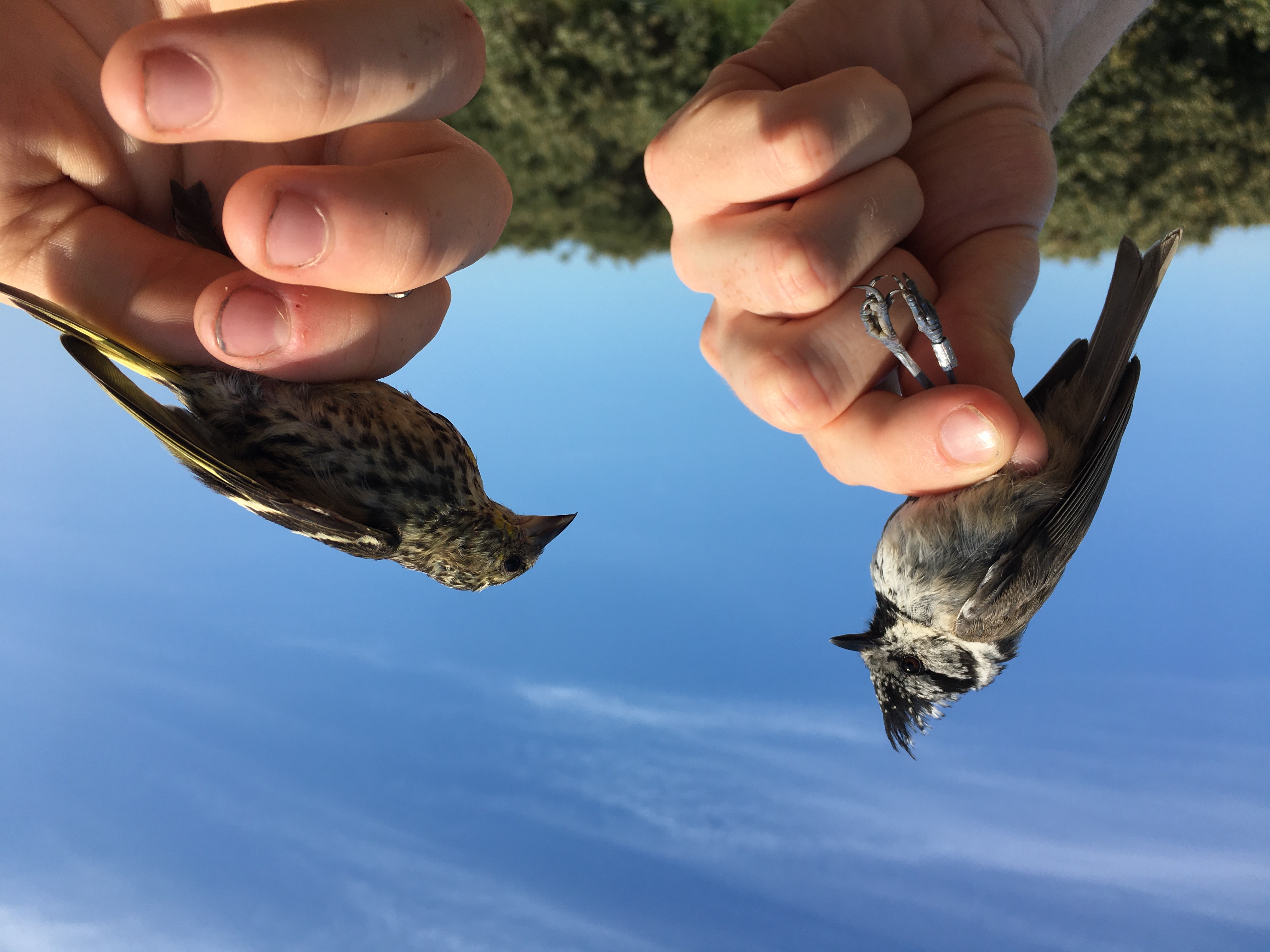 Here is the topmejse and grønsiskin from the last round.

As the nets were so full, we stayed out later than usual eventually making our way back to the station around 12:30, perfect timing for lunch. In the afternoon, we focused on admin and little tasks such as entering data, charging batteries and this blog.

We are now eagerly awaiting the diner being prepared by our guests, which form the living room smells delicious! Keep watch for tomorrow’s blog as we will be attempting an early morning seabird ringing session! 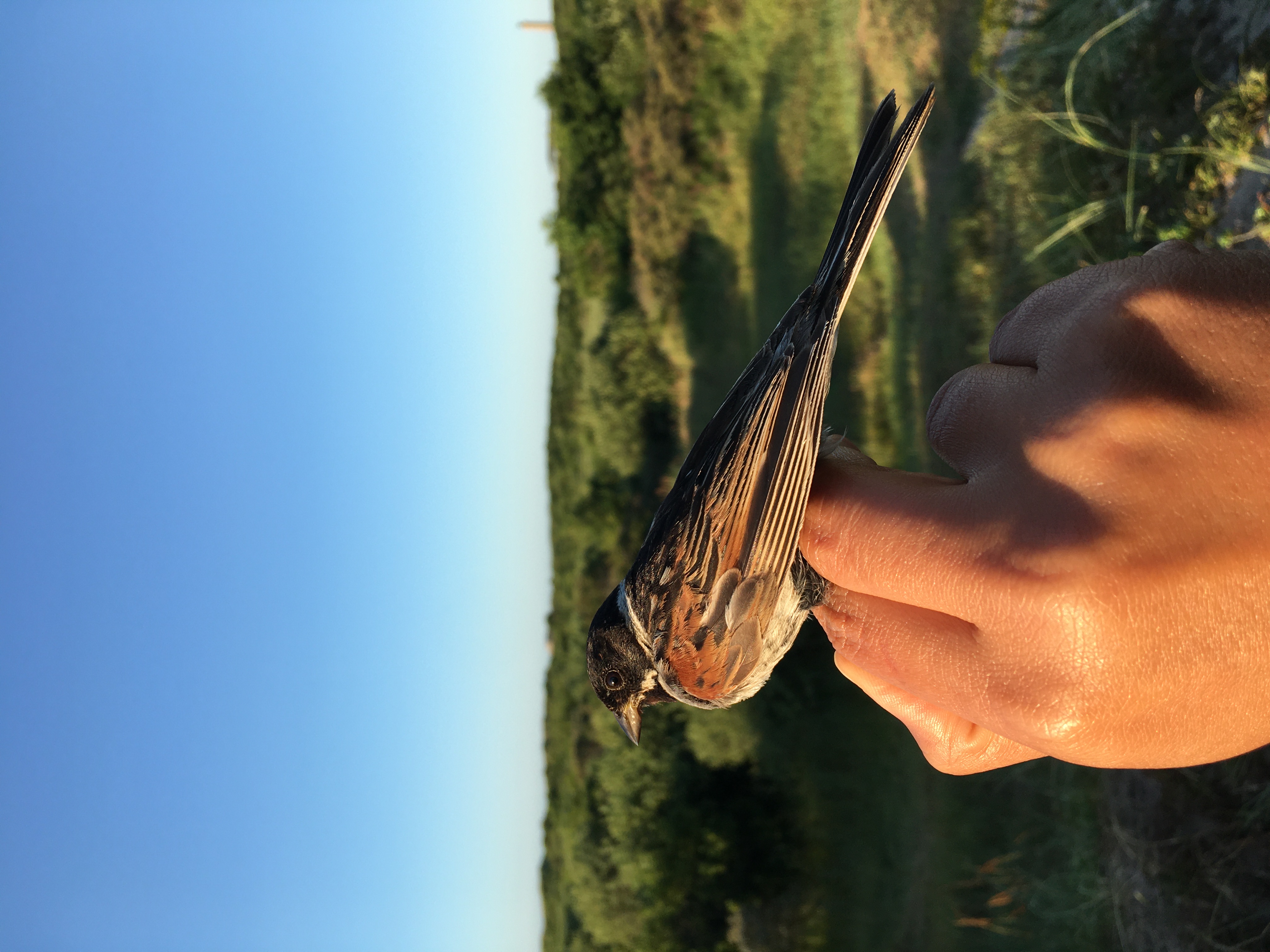