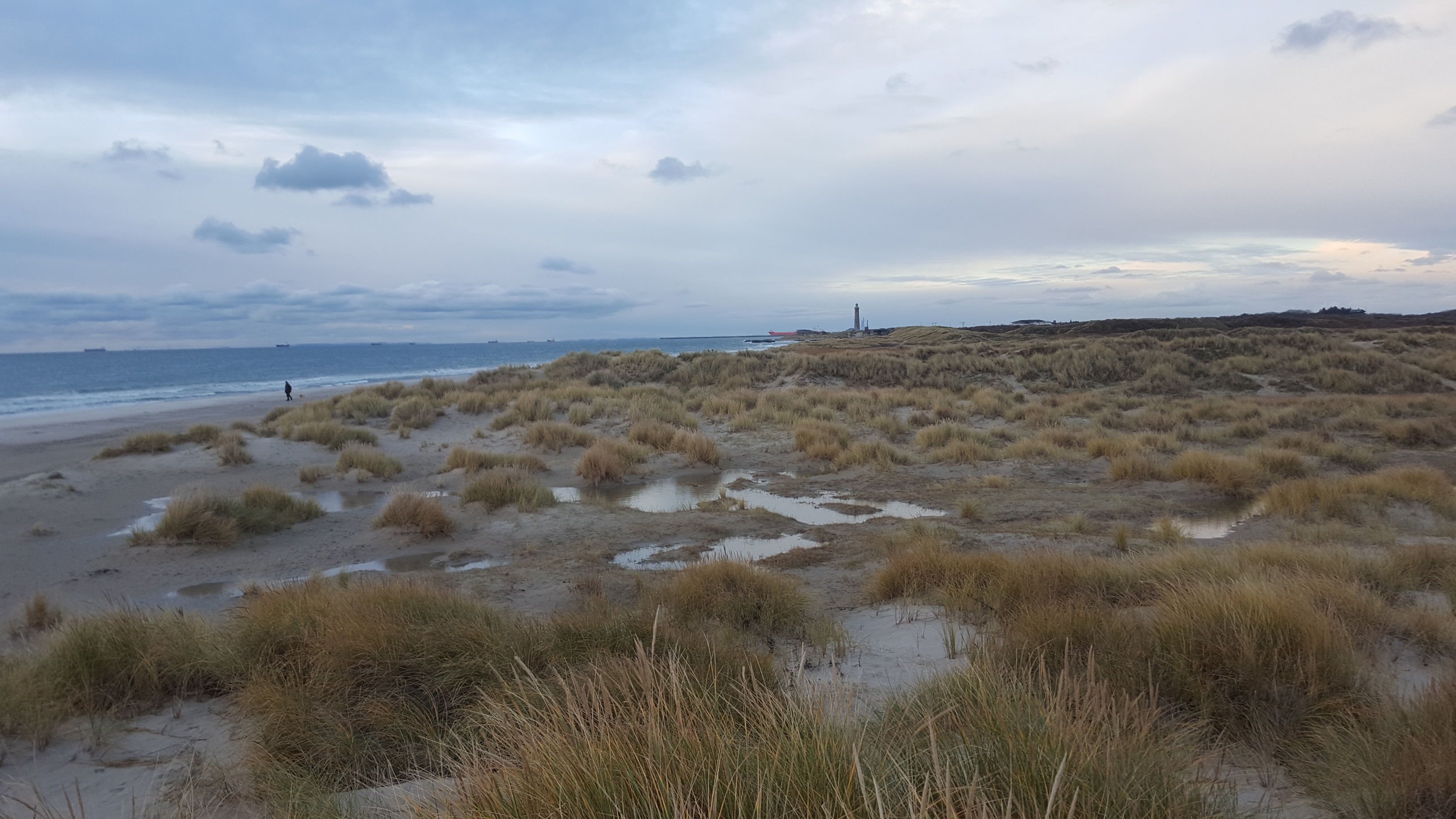 Today, Robbie and me went for observations at the End of the World 3. Despite the wind and very cold weather, the sun was there and we did enjoy our sea-watching. We observed a lot of movements of Black-legged Kittiwakes (Ride), as well as auks (Common Guillemots, Lomvie and Razorbills, Alk). A lot of Snow buntings (Snespurv) were also feeding on the beach right in front of us, and we will hopefully manage to catch and ring some tomorrow. 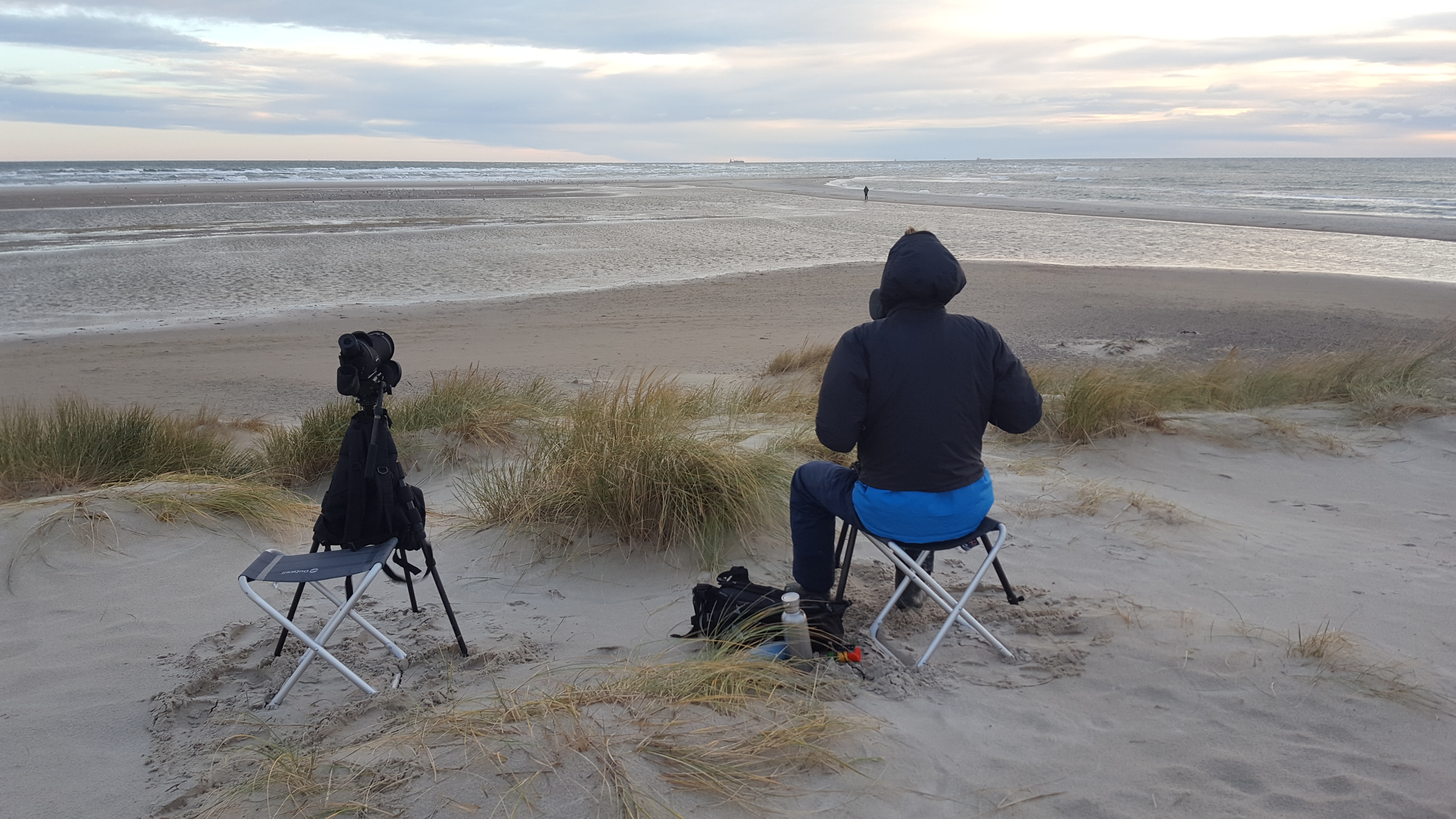 A Glaucous gull (Gråmåge) was seen by Knud at Grenen, and Rolf observed 4 Little Auks (Søkonge) at sea.

We met Erik as well as Jørgen Kabel and Igor passing by. Knud also came out with his friends a bit later for a walk around Grenen, and Angela and Justine also joined us for a bit after finishing some cleaning tasks at the station.

After 2h of observation, I decided to go back home to finish the deep-cleaning of the lab, while Robbie stayed out at Kattegat bunker. 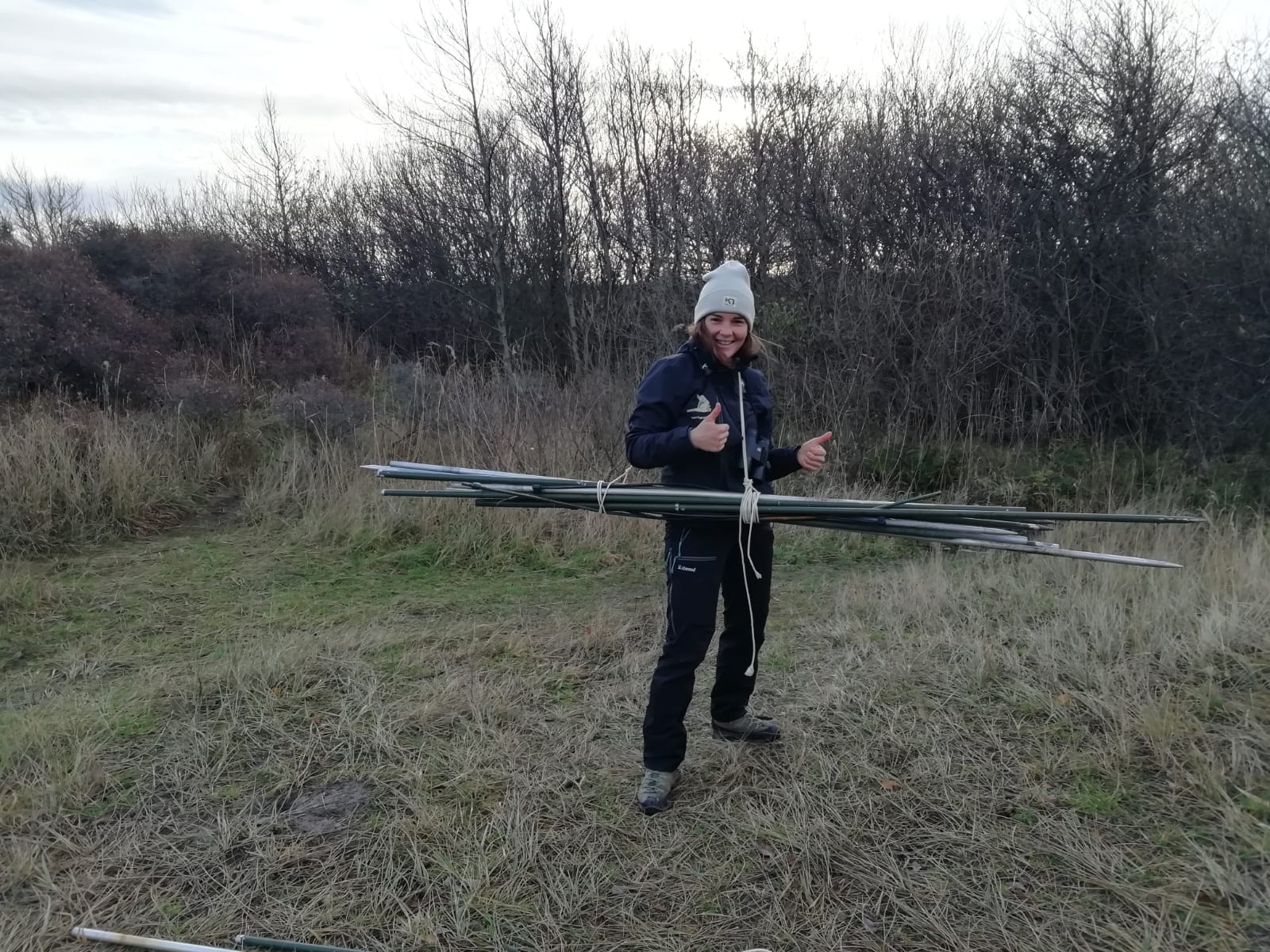 In the afternoon, we all headed again towards Grenen and set up some nets to catch, hopefully, Water pipits (Bjergpiber) tomorrow morning. 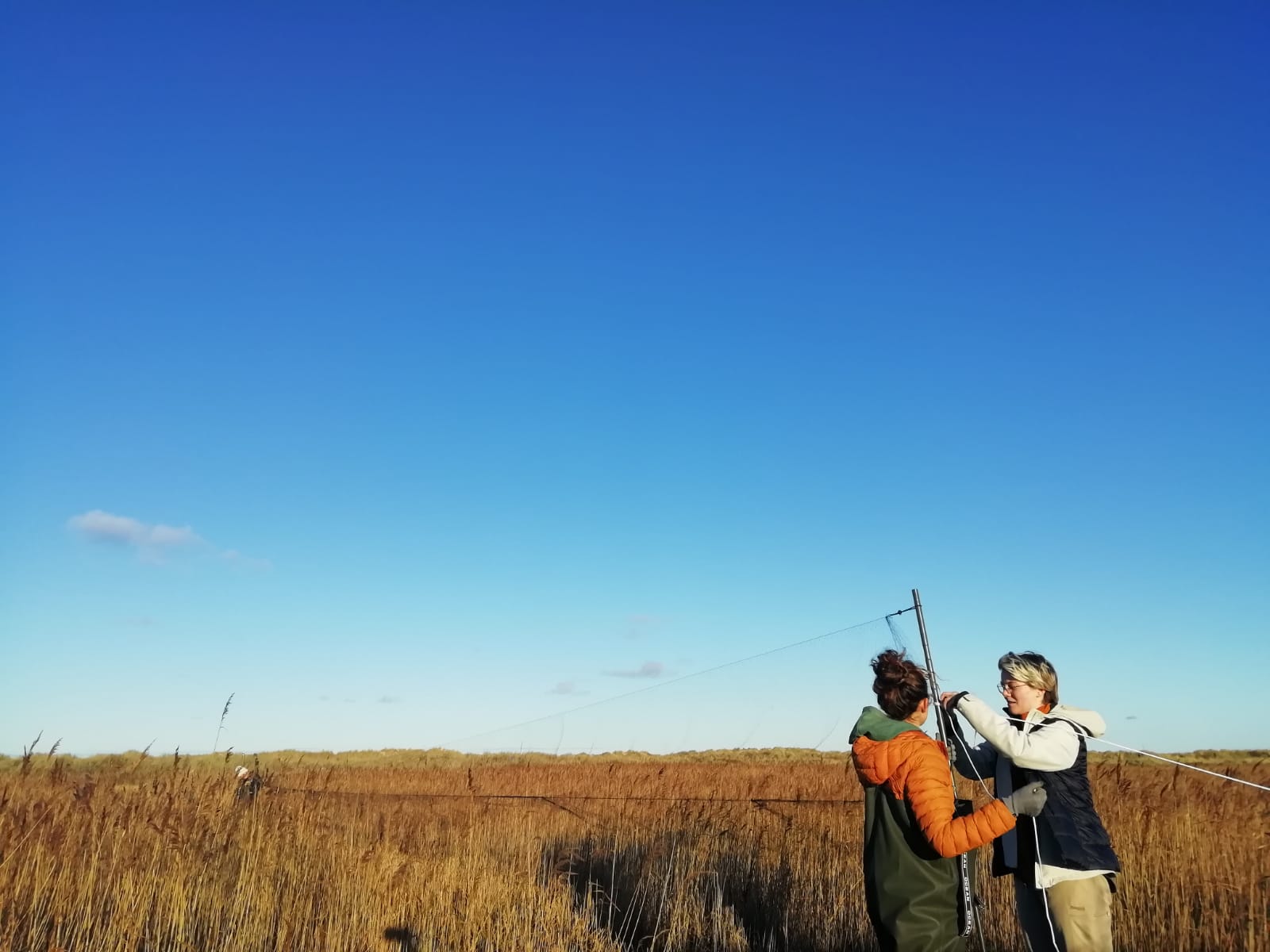 On the way back, we carried some of the last equipment left at Kabeltromlen… We always need to be creative to fit everything on the bikes... 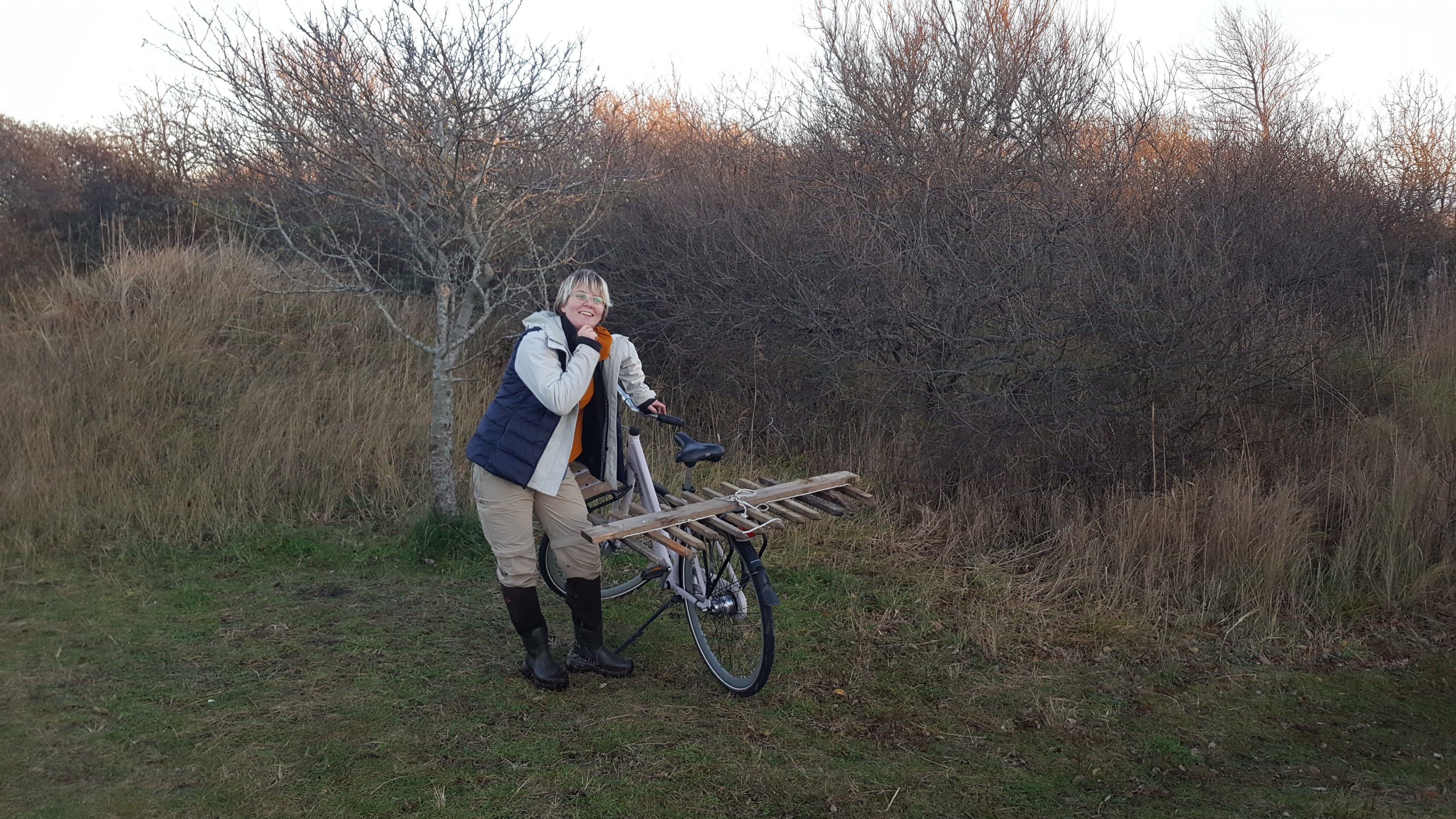 This evening, we are all going out night-catching for woodcocks (Skovsneppe) or snipes…. Cold and windy weather might help us catch some birds!