this morning, Gustav and Alice took over the Morning Obs, today at Worlds End 1 because there was also the Tower Count there, which was taken over by Lars Grøn, Anders Bojesen, Søren Knorr Søndergaard, Carsten Bohn Søndergaard, Alex Sand Frich, Jørgen Hulbæk Chistiansen and others. They had 88 species from sunrise to 1pm.
Marion and Emmanuel also joined our two observers for a while. It was really slow. The highlight was two Grey Herons "Fiskhejre" attempting to migrate, but the wind was too strong so they just landed on the beach. Because of the wind, we could not ring either, Leona, Robbe, Raya and I stayed at home today. Raja slept late to prepare for a long journey back to the Netherlands. Leona also stayed late in bed, Robbe and I were up a bit earlier cleaning the kitchen. Soon Marion and Emmanuel arrived at the station to return the rented bikes and to say goodbye as they are going back to Aalborg today. Then Alice and Gustav arrived and Alice, Robbe and I went to the cormorant lake to count the birds and occupied nests. Robbe, our botanist, discovered afterwards a perfect place for plants on the other side of Cormorant lake.

Alice meanwhile went home to prepare lunch for us. I went to Batteriscoven because Marion had found an excuse to say goodbye again, which of course pleased me - I don't mean because of the goodbye but because we met again before she left: she still had the bike key. When I got back to the station, Alice had already prepared lunch and Leona and Raya were in town to visit Axel Thorenfeldt's exhibition. You have to hurry, it's the last day  tomorrow and the exhibition is really worth seeing!
Robbe arrived and the three of us ate together. Afterwards, Robbe and I each had an online meeting in the afternoon. Alice entered data and had a short nap. Later I worked on the picture archive and Alice and Robbe placed the recorder for the point count and went shopping for our barbecue in the evening.
Last but not least we should not forget our guests Lisbet and Carsten, who dedicated their day today mainly to the culture of Skagen.
And now we're finally enjoying the barbecue I´ve been suggesting since March! 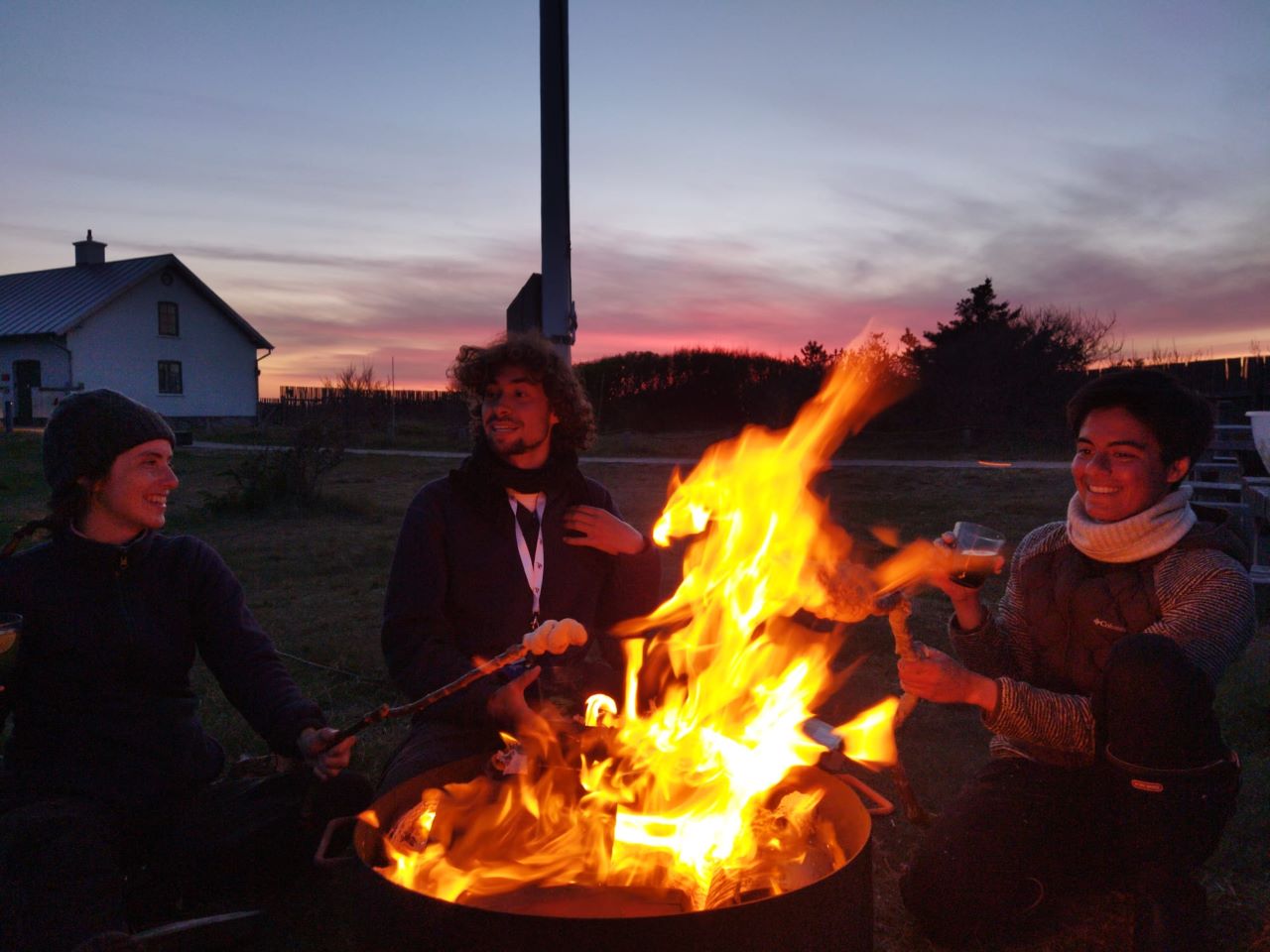