The early morning was a bit foggy but the sun broke through during the ringing hours at Kabeltromlen. The day was warm and brought many nice birds to Grenen. The ringing was good and the team ringed around a 100 birds, with Garden Warbler (Havesanger) as the most common, but we also had Flycatchers (Fluesnappere) and Blackcaps (Munk). Leona went out early ringing with Hannelie and Simon. 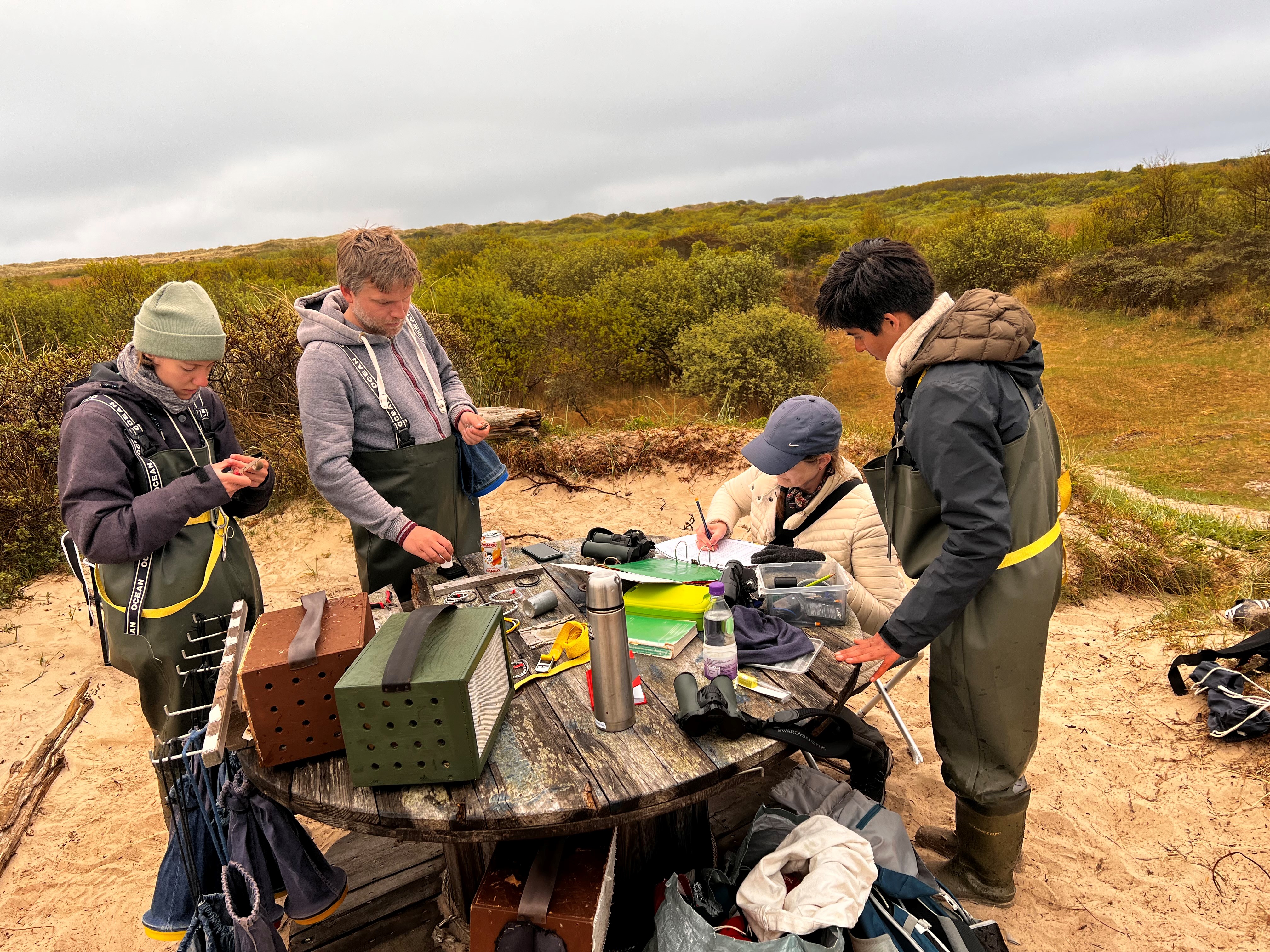 Søren and I had our first day at the station this year and joined the ringing team at Kabeltromlen for a nice morning with a lot of catches. We had great surprises like the Bee-eater (Biæder) and the Steppe Eagle (Steppeørn) (11th in Skagen), as well as a Golden Oriole (Pirol), and the only 18th Black Woodpecker (Sortspætte) in Skagen ever. We also had a few Great Northern Divers (Islom). 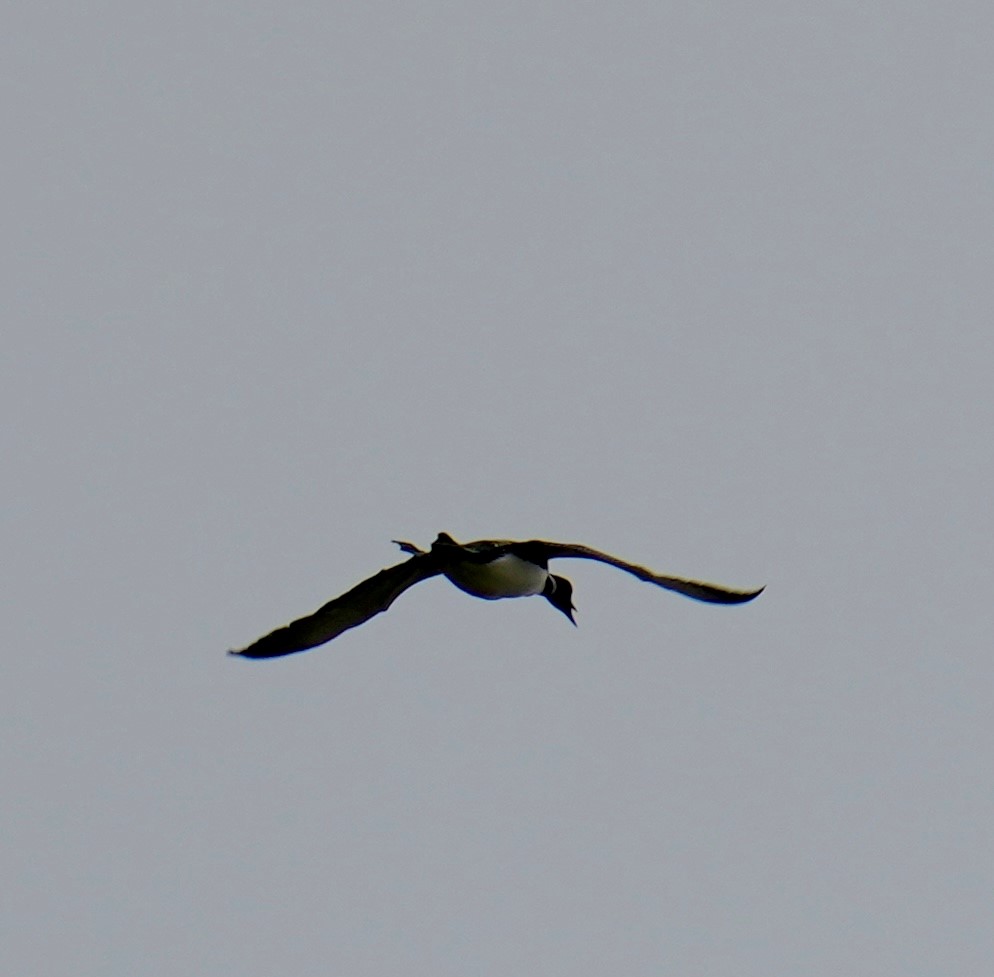 When they closed the ringing at 12, Hannelie and Leona found a special butterfly (Eyed Hawk Moth) Aftenpåfugleøje which sat on a rubber boot. 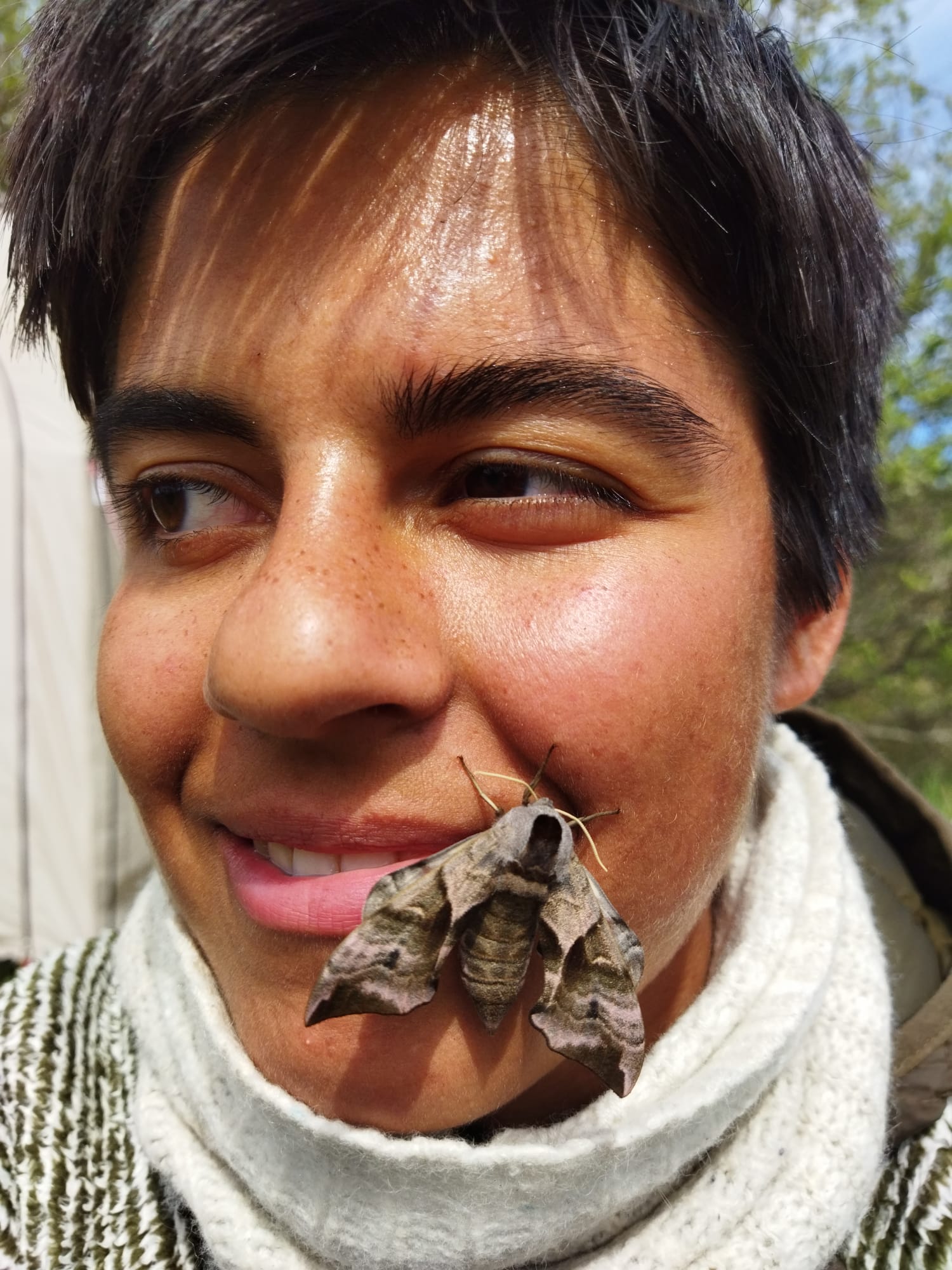 In the afternoon Leona and Hannelie tried to take a nap and afterwards Leona entered data, before they both went to do raptor field work at 16 with Simon. They did not see a lot of raptors, though, but both got new species for their lists. Coming back at 19, they sat up the Wheatear (Stenpikker) trap with worms outside the lighthouse.

Simon went to sweep the area and saw a Black Redstart (Husrødstjert) in the Industrial area where he also found a temporary little pond with a Common Sandpiper fouraging.

Alice had set the alarm early to watch the moon eclipse but due to the fog missed what should have been a blood moon. She went to place the bird call recorder in Ellekrattet, and then joined the team at Kabeltromlen and helped ringing. She and Manuel did the laser shooting at World's End II from 11-17, laser tagging between other birds three Ospreys and some Honey Buzzards cooperating with Jesper from Aarhus University project with the radar in the lighthouse garden (now you know that one is for :-)) Walking to World's End II they both saw the Bee-eater (Biæder) really close. During the laser work, they observed 1070 swifts and two nice Dotterels (Pomeransfugl) at Grenen Beach. Coming back, Alice started cooking nice dinner for us, while Manuel entered the data in the database.

Going back to Skagen, Robbe was stuck in Aalborg yeaterday, because trains did not run in the evening to get him back to Skagen and he arrived around noon. He went to World's End II to help out and also saw the many swifts. Robbe's Belgian friends Louis Robeyns, Joachim Pintens, and Elie Coremans are around these days and big thanks! helped out on observing the migrating birds. They saw a Quail (Vagtel) and two Mediterranean Gull (Sorthovedet Måge) .

Julie, a new member on the team, went birding in the morning with her father. They were hunting the Steppe Eagle (Steppeørn) and found it, and later she settled into the station where she will be for the next two weeks. Afterwards, she also went to World's End II where Manuel and Alice were laser tagging.

See you for a another great Skagen Day tomorrow. I can't wait :-)