A quiet day at the birdstation

A quiet day at the birdstation.

The morning started out really early for both Alice and Hanelie, who started their day 3:55 with opening the nets. The weather was absolutely beautiful with a clear blue sky, and we had great expectations for the day, after the large amount of birds coming through yesterday.

Karen Marie, Søren, Simon, Oluf and I joined in a bit later, for the first round of birds.

Due to more than 100 birds coming through the ringers’ hands yesterday, we hoped for one more exciting and busy day, but the capturing was a bit slower today. Unfortunately the amount of birds didn’t come near yesterday’s high numbers.

Fortunately every cloud has a silver lining, and due to the low amount of birds, Hanelie and Simon got time to teach me a lot about the ringing process and how to properly identify and age birds.

My beginner-license hasn’t arrived yet, so I can’t handle the birds, but until it does, I will listen and learn from a distance.

We mostly had Willow Warblers (Løvsanger), Robins (Rødhals) and Whitethroats (Tornsanger) coming through today, but also had a few Spotted Flycatchers (Grå Fluesnapper) and Blackcaps (Munk).

In the meanwhile, Robbe went to Nordstrand to do obersavations, but unfortunately also at Nordstrand the birds weren’t many.

Even though there weren’t many birds, Robbe was lucky and got to see 4 Black-throated divers resting at the coast.

Our last two team members Leona and Manuel were also out early to do todays laser-shootings. They were super lucky to see the Bee-eater (Biæder) as they arrived at Verdens Ende 2.

A bit more was happening at the laser-shooting, but not much. Manuel and Leona saw a few Honey Buzzards  (Hvepsevåger) and a few Cranes (Traner) that came really close.

As we decided to pack up at Kabeltromle and move home around 9.45, the raptors started coming out and Søren got some amazing pictures of two White-tailed eagles (havørn) playing and fighting mid-air. 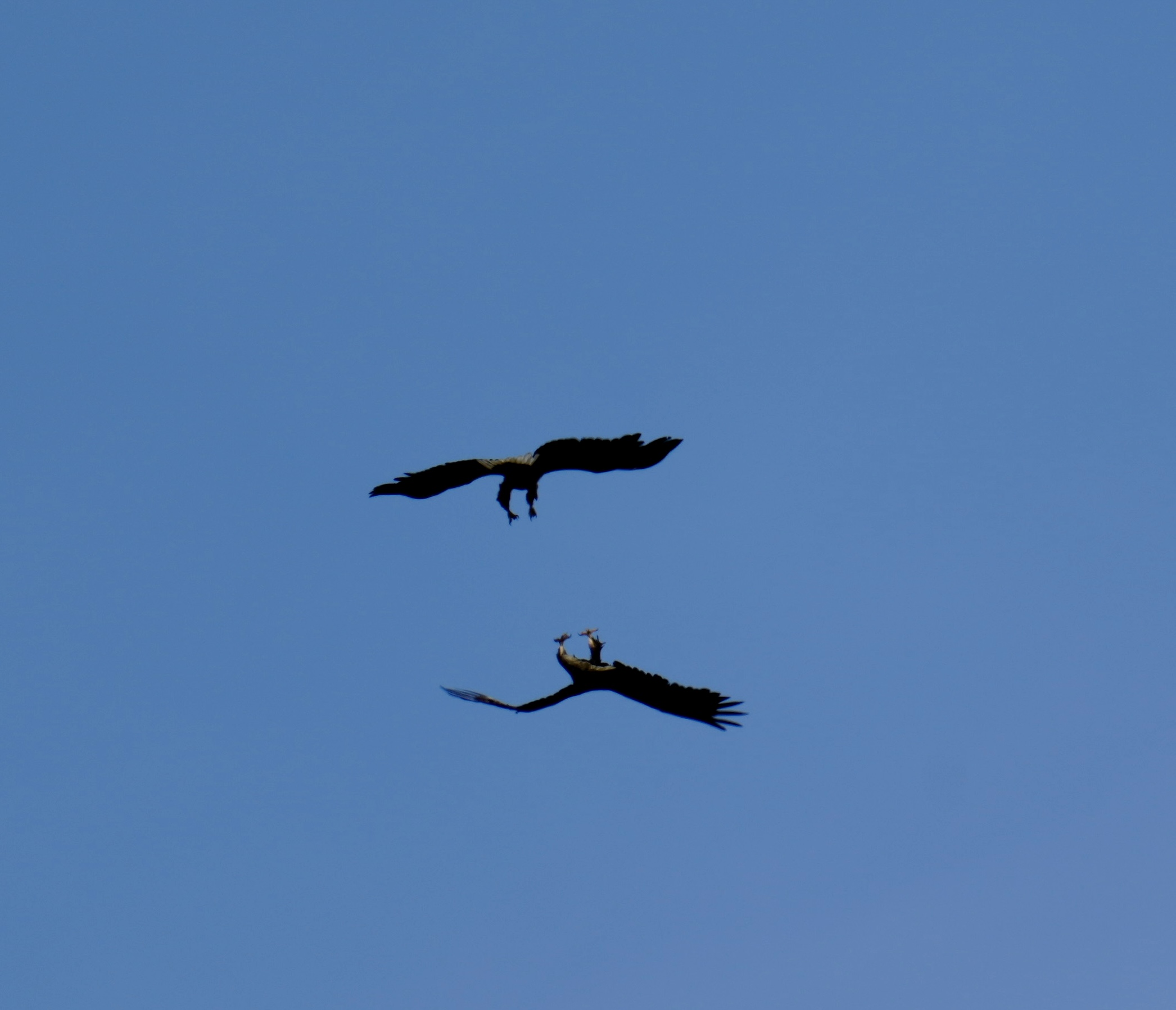 When we arrived at the birdstation, we put in the data from todays observations and ringing, and took a nap. Leona and Manuel arrived a bit later.

Simon went to a meeting, and as he left the station he saw a group of Yellow Wagtails (Gul Vipstjert) right outside our door.

After the nap, Robbe and Alice moved out to see some plants and butterflies in the Nature Reserve and Hanelie joined up.

Julie and Leona stayed at the station, while Manuel went to Batteriskoven to see if he had any luck with the Red-breasted Flycatcher (Lille fluesnapper), unfortunately he didn’t.

Søren and Karen Marie went shopping and our day ended with a good meal and a visit from a Viper(Hugorm), right outside our front door.

We are all looking forward to tomorrow, we have heard the weather is going to be amazing and we hope to have some exciting things moving over Skagen tomorrow.