A bunch of Red-footed Falcons "Aftenfalk"!

Today was a very eventful day. Leona, Robbe and Julie went ringing today. They had few birds but some nice species: Wood Warbler "Skovsanger", Bullfinch "Dompap", Tree Pipit "Skovpiber", Sedge Warbler "Sivsanger". Manuel and I went to Worlds End 2 and did the laser shooting. We shot lots of Sparrowhawks "Spurvehøg" and missed many of the cool species seen this morning, Worlds End 2 was not the best observation spot today: A Black Stork "Sort Stork" was seen and a few Red-footed Falcons "Artenfalk", Montegues Harrier "Hedehøg", also three Golden Orioles "Pirol", of which we only saw one. When I went back over Worlds End 1, a Montegues Harrier "Hedehøg" was just seen there, which I also saw very well. Back at the bird station I met Leona and Julie, we had lunch and then I left for Nordstrand, as there were many Red-footed Falkons "Artefalk" being announced on Zello. When I arrived we soon saw a Montegues Harrier "Hedehøg" and a Red-footed Falcon "Artefalk". Soon I was joined by Robbe and Alice and then Manuel. Manuel, Robbe and I stayed on the north beach for a few hours while Alice went on a long and nice walk. At Nordstrand, we saw many Red-footed Falkons "Artefalk", and also Golden Eagles "Kongeørn" and at the end a possible Eleonora's Falkon "Eleonorafalk". It was announced from Worlds End 1 and possibly, we saw it too. When we returned, many birdwatchers were standing on Fyrvej looking for the Eleonoras Falkon "Eleonorafalk". 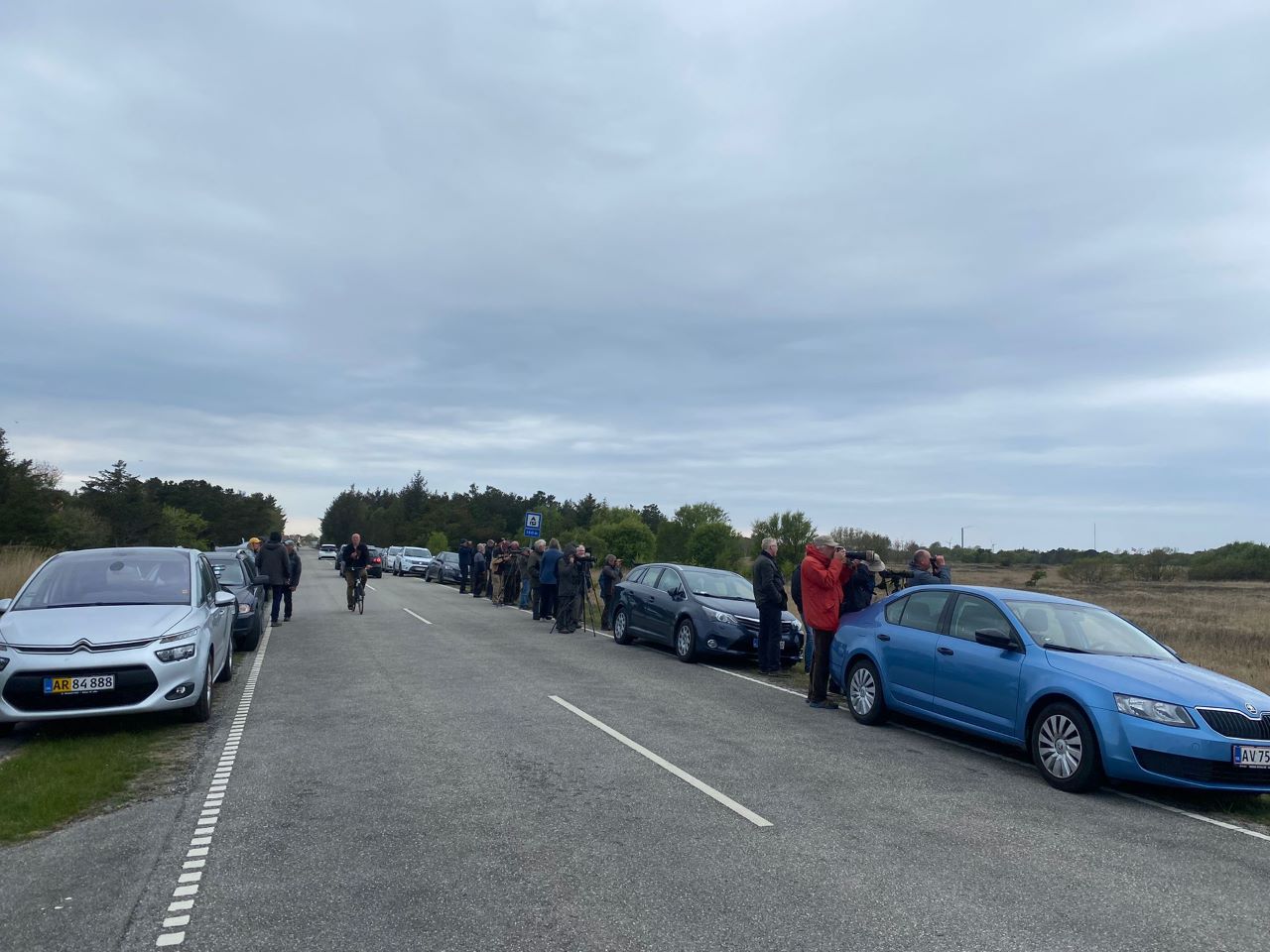 We went to Ellekrattet to look for it. Without success. So we returned to the bird station. Karen-Marie and Søren joined ringing again today and then went on a tour with Simon. They saw Red-backed Shrike "Rødrygget Tornskade" and Wood Warbler "Skovsanger" and nice Hawfinches "Kernebider". 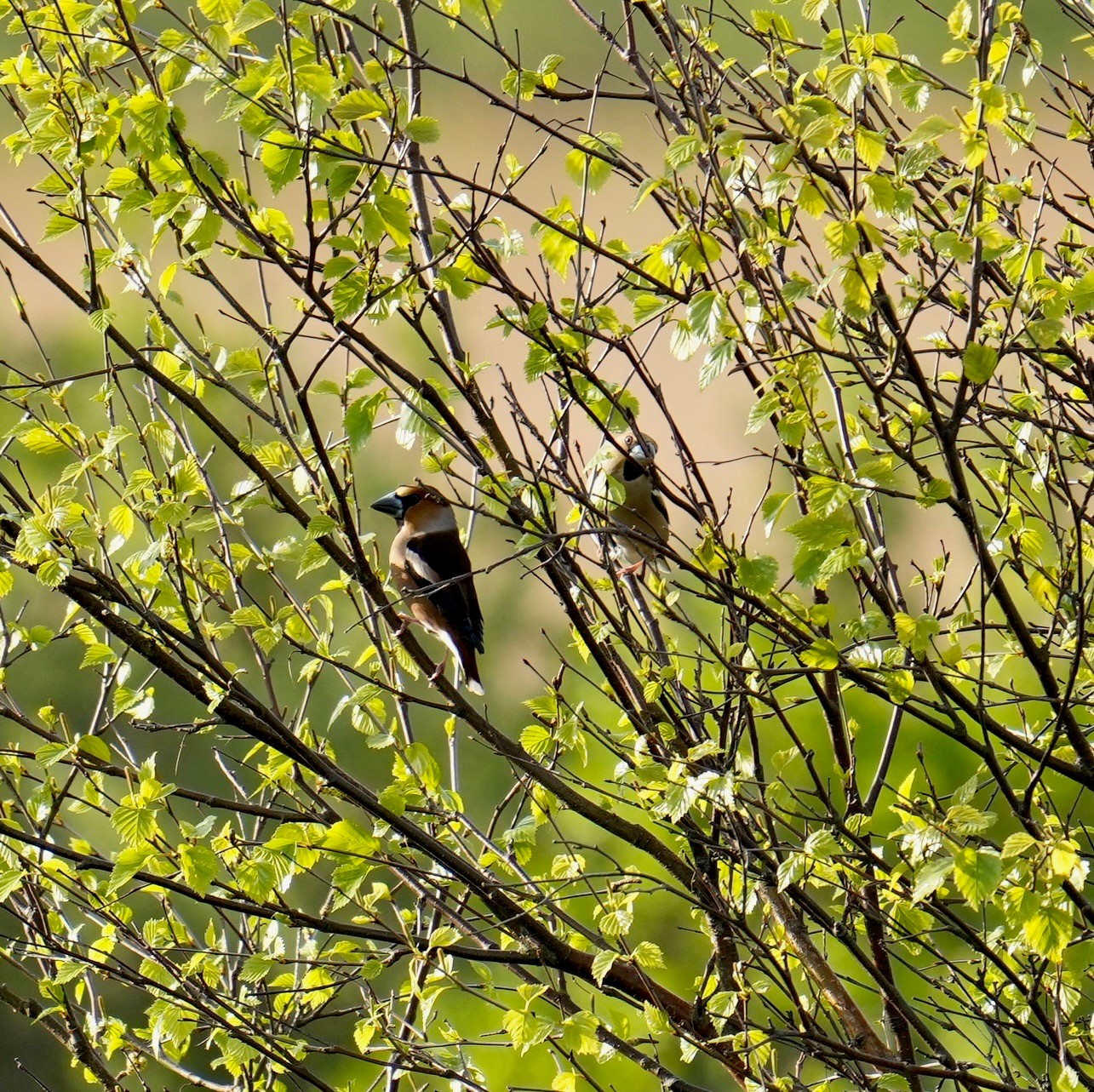 Karen-Marie and Søren also baked and cooked a delicious meal for us today. Now we have a session from Simon about the good birding spots in the world and then bed is calling. Sleep well, tomorrow will be exciting again!