The oracle of Skagen

Today started according to the daily routine. Ringing was covered by Julie, Alice and Hanelie while Manuel did the observations. Both were slow but at least, when I arrived, we caught an interesting Acrocephalus in the nets. It was the first marsh warbler ‘Kærsanger’ for this year! We just had the lecture about this genus yesterday, so it felt like Simon could predict the future about the birds we were going to see. Yesterday he made another prediction about the steppe eagle ‘Steppeørn’. He told a birdwatcher of Copenhagen that the bird would show up around 10 o’clock. When the ringing ended, nobody but the guests had enough patience to wait longer. But the oracle of Skagen had spoken and exactly at 10 o’clock, the mastodont flew over. The guests were so amazed, they announced the bird with trembling voice and shaking hands on Zello. Manuel was also happy with the Serin ‘gulirisk’ he had this morning. 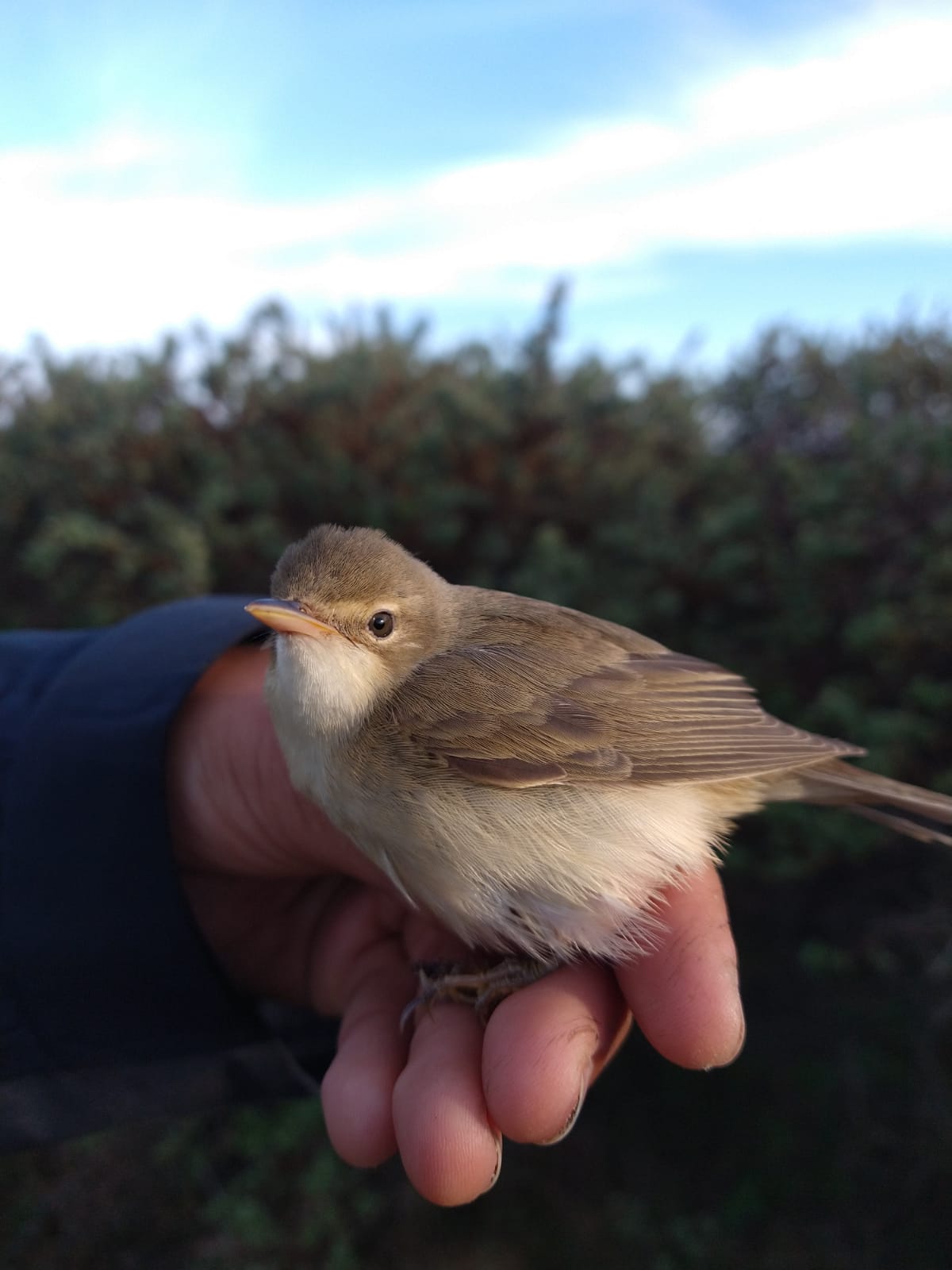 Meanwhile, some of us went to Ellekrattet to search the red-breasted flycatcher ‘lille fluesnapper’ that was announced without success. Leona continued her walk from Ellekrattet to the city center to eat a nice pancake.

Around noon we had to say goodbye to Joachim and Elie. It was really nice to have my friends here for some days. They really enjoyed the amazing the birding hotspot and were a great help during the observations. Unfortunately, Julie left as well for personal reasons but will come back later this year.

In the afternoon, Hanelie wanted to take a nap but the zello app boycotted this. She didn’t know the he Danish name of the bird that was announced so it had to be something good. A booted eagle ‘Dværgørn’ was seen by Erik, the rest of the afternoon is history… 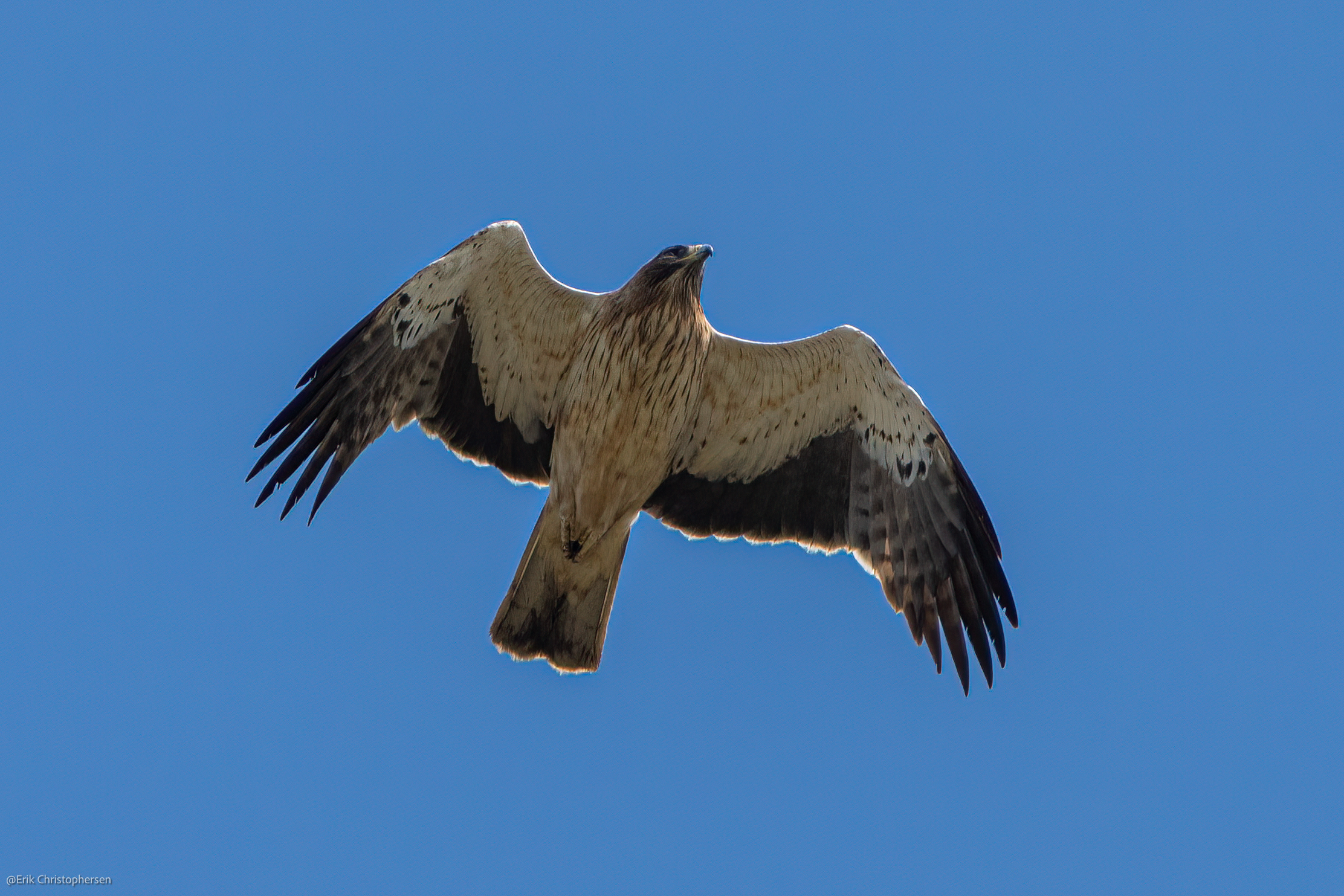 After some transport issues to the location, we all arrived and most of us could see this beautiful eagle! We saw not less than 5 eagle species. When following the booted eagle, I found 6 bee-eaters ‘Biæder’ and while following the steppe eagle, a black stork ‘sort stork’ . Everyone had his own highlight of the afternoon but everyone was happy! Back at the station we celebrated this with a nice meal and an improvised dessert.

Unfortunately, Simon just took a nap when all the good species were announced. During the day, he went to Michael Ancher to talk about making a new CES-site.

In the evening, we had a little surprise: the first succes with the raptor project. Although it wasn't a raptor we caught but hooded crow 'Gråkrage'. 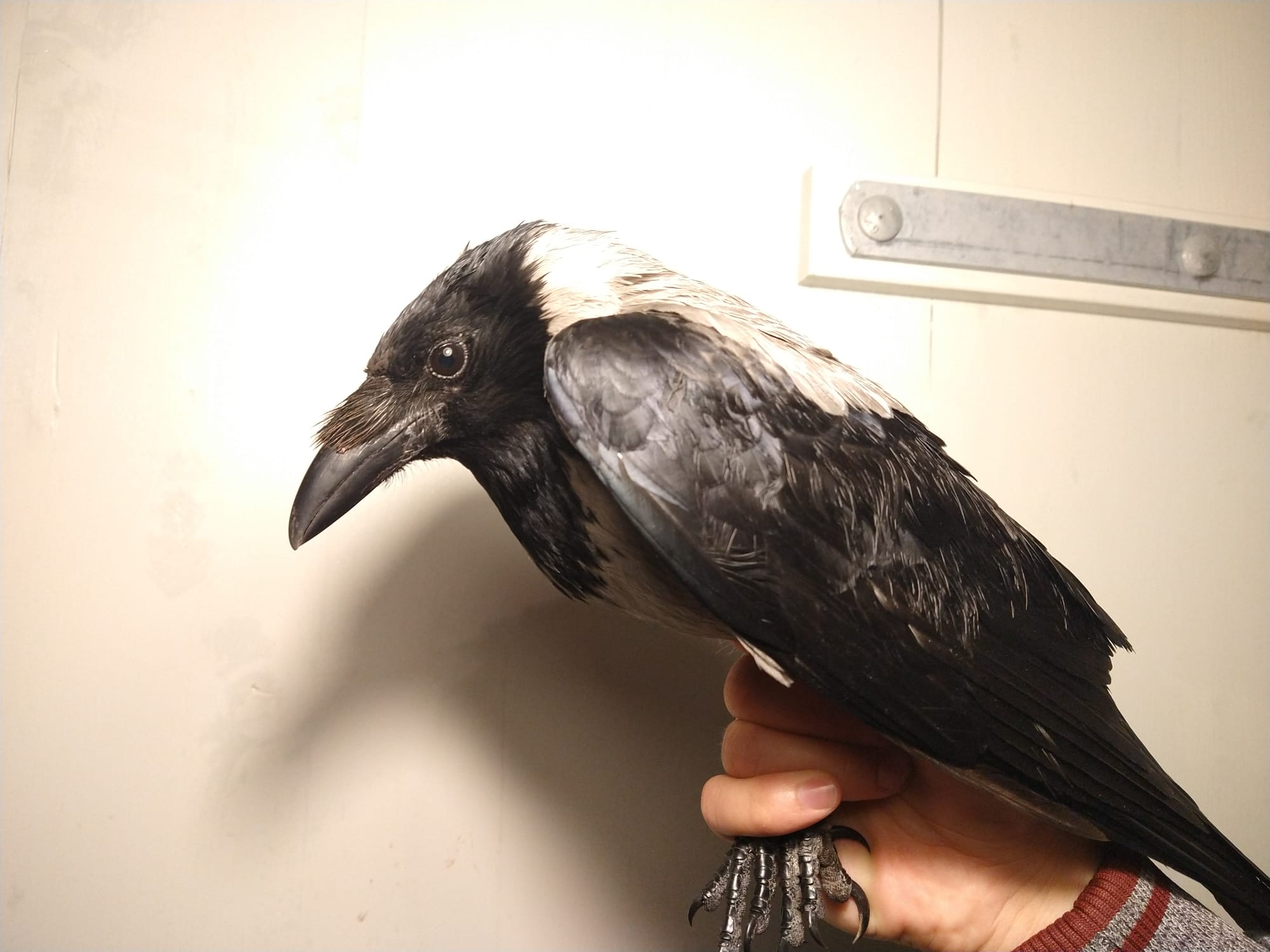