af Alice Scalzo
This morning Hanelie and Leona left early to open the nets, joined later by Robbe, Simon and Lisa. Ringing was slow with a total of 21 birds. And to their disappointment a Cuckoo (Gøg) and a Red-backed Shrike (Rødrygget Tornskade) escaped the nets before they could catch them, let's hope next time they get caught ! Although some birds escaped, they still got an Icterine Warbler (Gulbug) and a Marsh Warbler (Kærsanger). 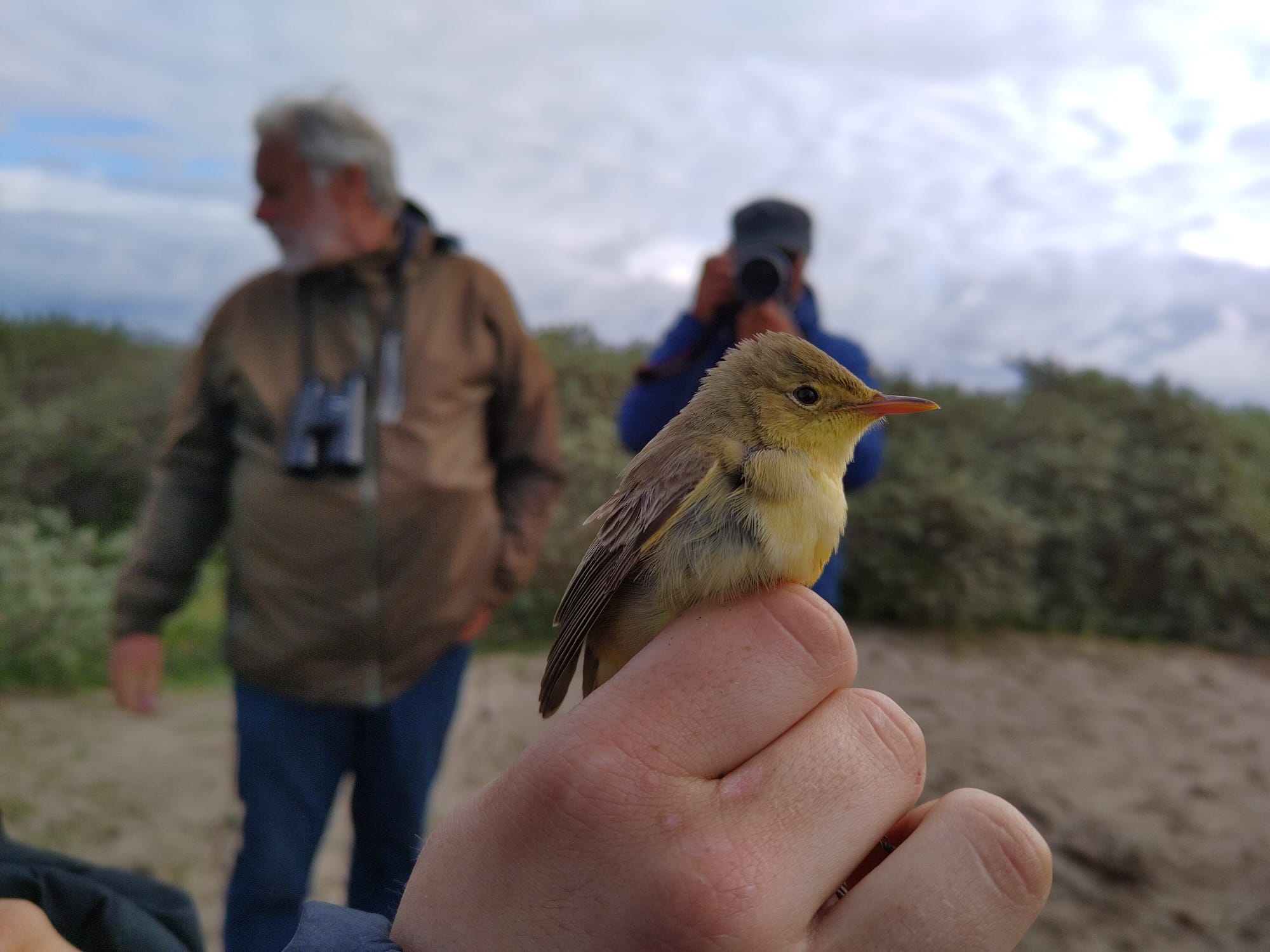 Meanwhile Manuel and I were at world ends 1. Migration was slow but we enjoyed a few good observations, Great northern diver (Islom), Black throated diver (Sortstrubet Lom), Kittiwake (Ride), and Nightjar (Natravn).
After our field work it was time for data entries and picture archive. We were happy to see a Montagu's Harrier (Hedehøg) not far from the station.
Robbe also attended a webinar on plants, and went into town for groceries. On the way he observed a Granville Fritillary (Okkergul pletvinge). He also helped a little with the bird festival that will take place tomorrow. 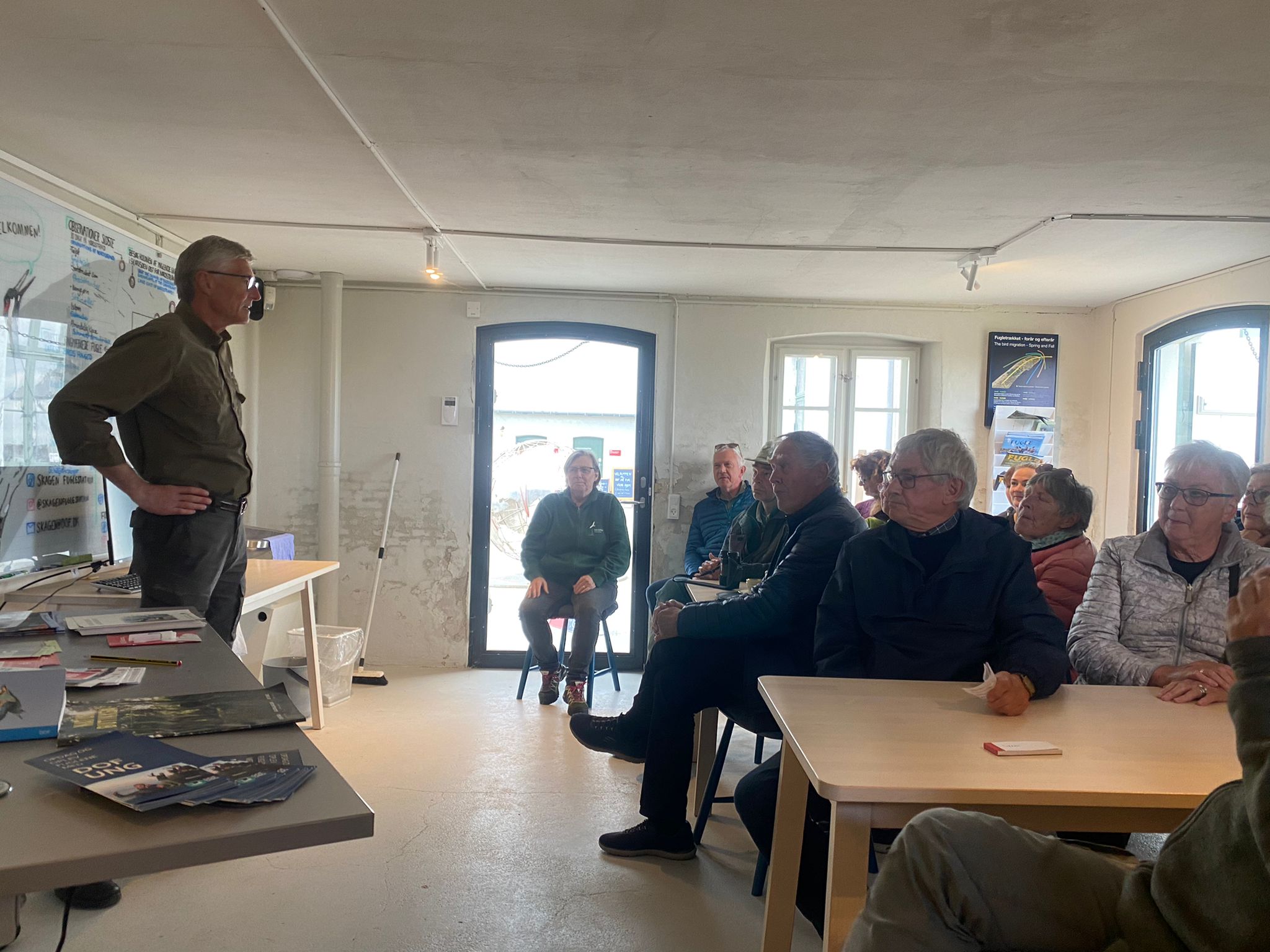 Head of nature agency about the management of the area, Photo by Simon S. Christiansen

Simon was present during the first hour of ringing, and then went on a walk along the dunes, to the tip and to sardinkrattet. He saw a Short-eared Owl (Mosehornugle). He worked on the year report, sorted pictures, and attended a lecture from the head of the nature agency about the management of the area.
And our guests were at the ringing site this morning. Later in the day they went to a museum and were quite happy about it.

Have a good evening,
Alice.

Program of the bird festival : https://detgraafyr.dk/aktiviteter/skagen-fuglefestival/