A sad day ends with the midsummer bonfire

This morning Rita, Alice, Megan and I went out with Skopes and Camera along the beach to Worlds End 3. On the way there we saw a few Sandwich Terns „Splitterne“ very close to the beach, which we were not happy about because they are probably sick with the bird flu, which currently affects quite a few seabirds, especially Gannets „Sule“and Terns „Terne“. At present we receive many messages of dead Gannets and a very sad zello call reached us in the afternoon: Claus Madsen had found 53 dead Gannets "Sule" between Gammle Skagen and Kanderstederne.
Back to our morning count: we counted the resting Gulls and Terns. There was also a Little Tern "Dværgterne" and we saw three light morph Arctic Skuas „Almindelig Kjove“ chasing Terns „Terne“. We also tried to read Colerrings, we saw two Color-ringed Gulls and one Ringed Sandwich Tern. 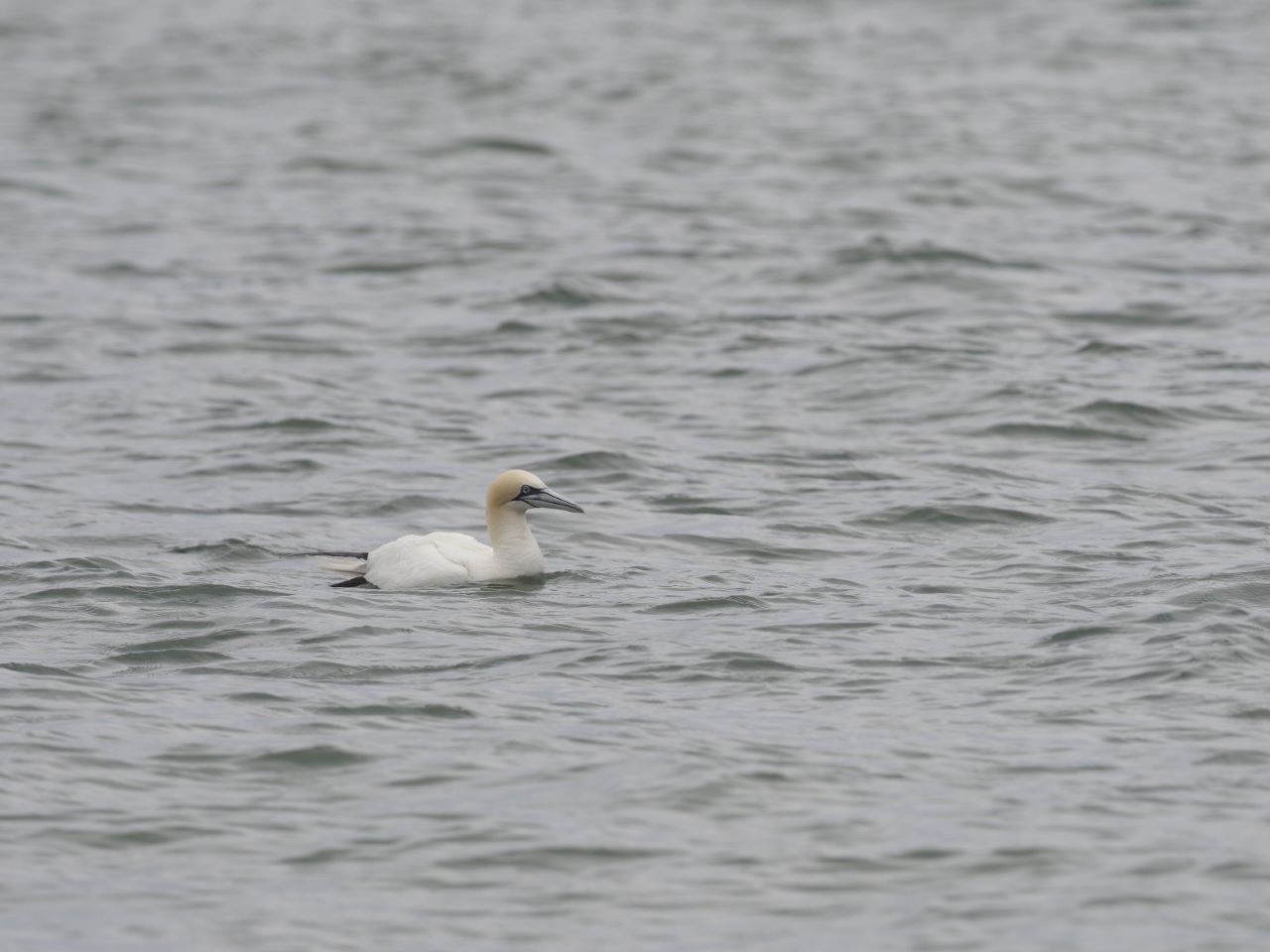 But unfortunately we did not manage to get close enough to read the rings. We made our way back to the station, there we used the time to take care of the Picture Archive and the Raptor summary, to update guidelines, to eat or to rest a bit. Also, Ritas suitcase arrived while she was sleeping and when she came out of her room from her nap, she was happily surprised to be finally reunited with her luggage that had been lost yesterday at the airport in Amsterdam. Jesper and Anne met friends today and went to the museum together. In the afternoon they went shopping with Leona, Rita and Megan. On this occasion they could also pick up the bike we had in the workshop. Alice and I meanwhile drove to Kabeltromle where we took care of the nets. Back at the station Megan had cooked us well, once again, we ate and then Knud came by, bringing us a dead Great Skua „Storkjove“as well as a dead Eagle Owl „Stor Hornugle“ for the freezer. This was a sad event, the owl was very fresh and in good condition and Knud's guess is that it was predated by White-tailed Eagles „Havørn”. We would rather have seen it alive than marvel at the great plumage on the lifeless owl body.

Simon & Lisa has gone on vacation but they still tried to go out with Trammelnets futher south in Vendsyssel to try and see if they could catch Quails (Vagtel) in the night. One came close but none got ringed, but they found quite a few. 5 singing males and 1 individual calling.

Tonight there was another event in Skagen: The Barn Fire on the beach, for us not Skandinaven quite impressed and we also saw the Danish Princess Marie, who visited Skagen and gave a speech. After that we came back to the station and we early birds quickly crawled into bed, respectively I plan to do so soon when this blog is finished. 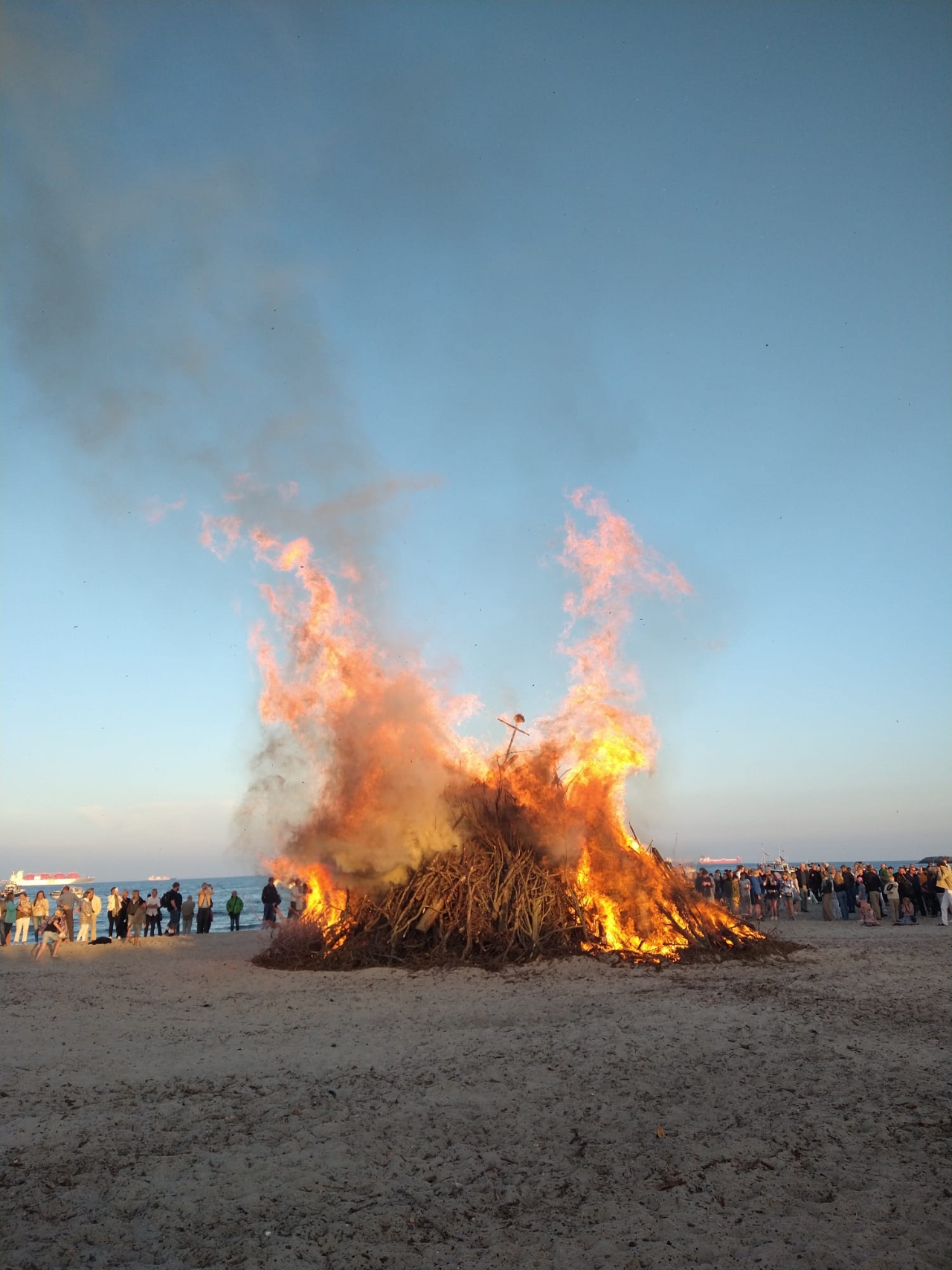 Hanelie
Observations of the day in DOFbasn from observers in the area
People at the station: Knud Pedersen, Hanelie Sidhu, Alice Scalzo, Leona Gottschalkson, Megan Nepshinsky, Rita DeLucco, our guests Jesper and Anne