Goodbye and thanks for the birds

Max and Simon were out again last night in the hope of catching more storm petrels (stormsvale), but the weather was not really good any more since it was starting to get windy and I guess we have been lucky once so we shouldn’t complain about not getting more.

In order to make up for the bad luck they had had at night, Alice and I went to the ringing at Kabeltromlen early in the morning and we did get quite lucky! We had a fair number of birds on every net check, not too many and not too few. It was actually a perfect day for ringing. We had mostly the same old species and still not a lot of migration or birds that we only catch on migration but again lots of juvenile Whitethroats (tornsanger og gærdesanger), showing that obviously it has been a year with good breeding success for these species.

To brighten up our day even more, a great spotted woodpecker (stor flagspætte) came for a visit around the area. We heard and saw him first and then suddenly we couldn’t hear him any more so I had an inkling that maybe it was in one of our nets and it was! It was a juvenile, probably born rather recently in one of the forested areas around Skagen that was wondering about to explore the area. 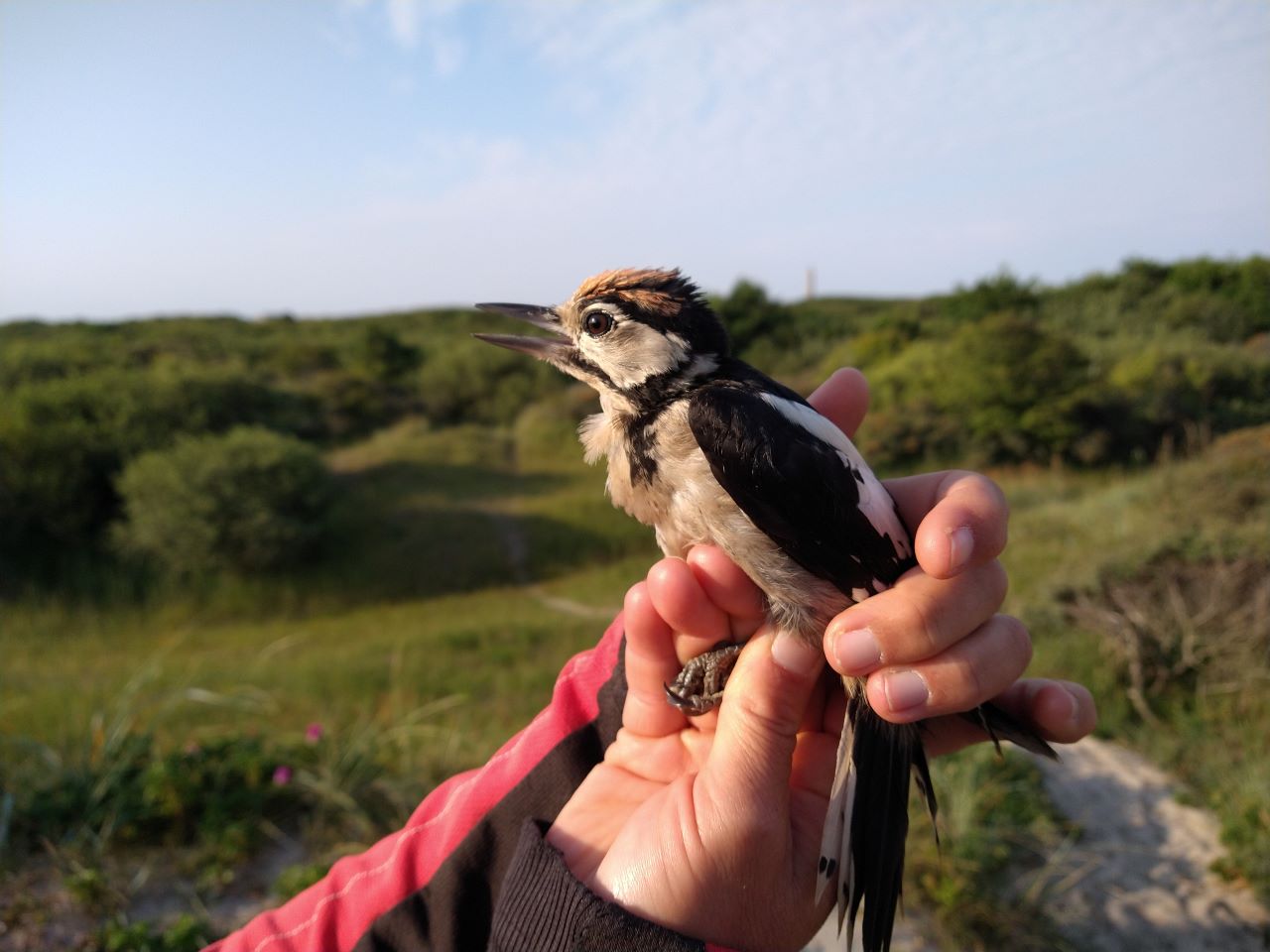 Another woodpecker species, the wryneck (vendehals) also visited us again at the ringing. It was caught in the nets in the last net check before closing and the ring it had revealed it was the same bird that we ringed the other day.

In the late morning Simon guided a walking tour around Grenen and he took the visitors to also see the ringing. They got to see the obligatory tornsangers after looking at some rare orchids on the way out.

While Alice and I were ringing, Nathan did the sea watch. There wasn’t a lot of migration happening, but he did see quite a few shorebirds roosting on the beach, including 18 dunlins (almindelig ryle). Other than that he saw 4 dead young seals on the beach, which was very sad. We don’t know what they died from but hope there won’t be more!

In the afternoon after the obligatory data entry, we welcomed our new guests for the coming week. It is their first stay here, so they don’t know yet what they are up for but we hope they will enjoy it anyways.

And a rather sad notice: I am leaving tomorrow to go back to Germany where the summer holidays end in 2 weeks and I have to work again. In order to not have to miss all of autumn migration, I made arrangements to take a group of students on a field trip to Skagen in September. Hope everything works out fine.

I have been here less than a month this time and, of course, time flies. It’s sad that I didn’t get the busy days of migration, but we did get two foreign recaptures and despite them getting a bit boring after ringing so many, I do love tornsangers and gærdesangers and I am happy that they have lots of babies. Obviously the single most thrilling event during my stay here was the catching and ringing of the storm petrel (stormsvale) yesterday in the early morning. They are such amazing creatures and lead such an interesting life. Also, their plumage is very thick and soft and they have a gland on their nose to get rid of salt from sea water. The gland makes them look a bit strange but they are extremely pretty birds.

So, all that is left to say for now is thanks for all the good birds and for the good times and hope to be out again soon! Take good care everyone and keep birding! 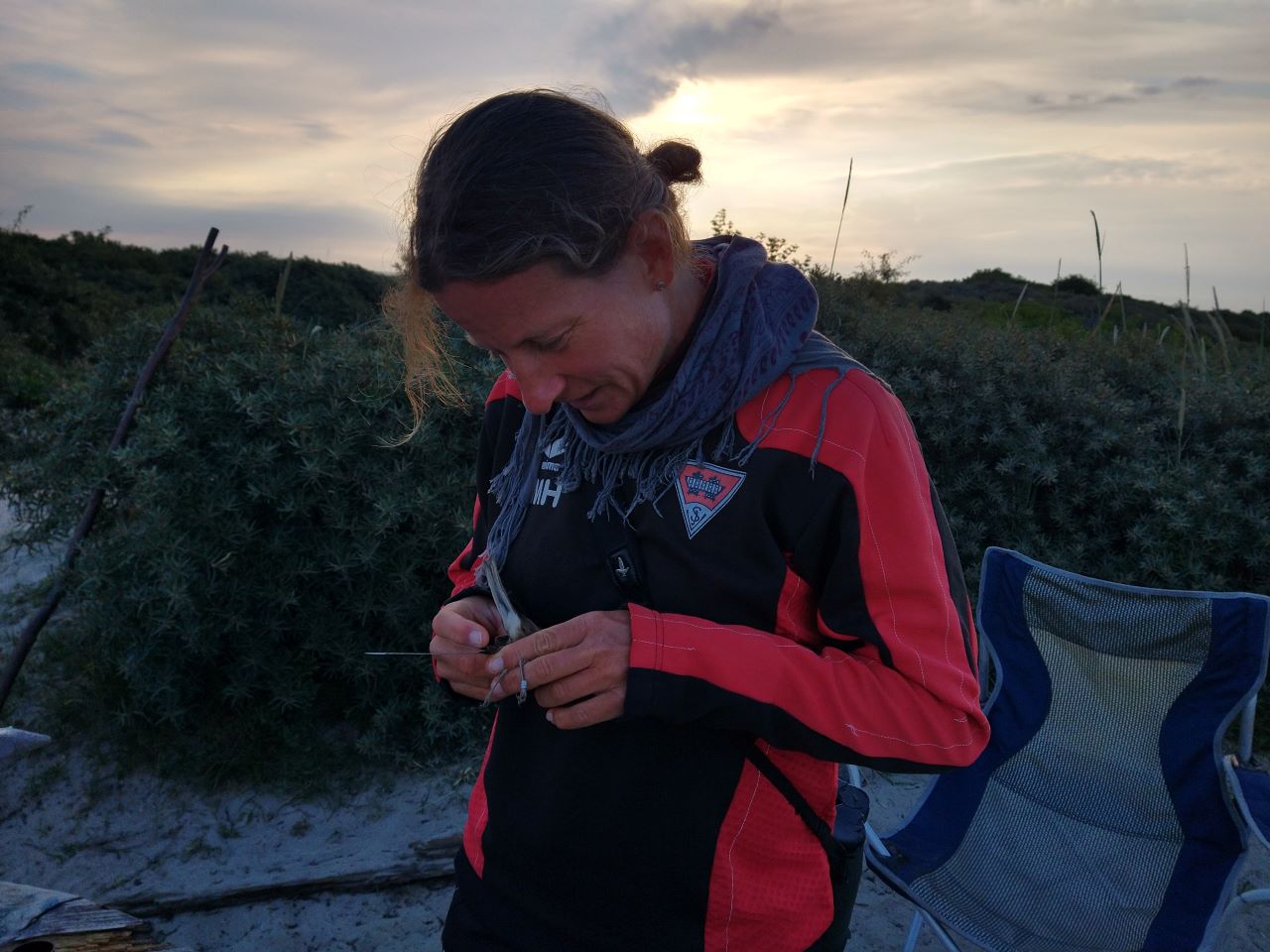