A wader and a wave goodbye to ringing

This is my first blog since Last November and it’s great to be back here in somewhat sunny Skagen. The last time I stepped foot in Skagen it was snowing/sleeting, and the streets were relatively empty. I was greeted by bustling streets and the calls of summer species when I arrived at the station a few days ago. Some things stay the same and some change and unfortunately just as last time there I was here there is yet another immediate threat to seabird populations in Northern Europe. In Autumn 2021 there was an Auk wreck in Britain and other areas of Northern Europe, which we saw arrive on the shore on Skagen through an unusually high number of dead Razorbills (Alks) and Guillemots (Lomvies); this issue is largely thought to be caused by a decline of certain prey species and possibly linked with climate change. The threat today is bird flu, which is less obviously connected to the degradation of ecosystems but has still nonetheless been exacerbated by human activity. I will write more about this in time here but hopefully, we don’t see the beaches fill with a high number of infected birds.

Today Oluf oversaw the ringing and whilst we weren’t inundated with high numbers, we did see an increase on the past few days and were treated to a Green Sandpiper (Svaleklire). 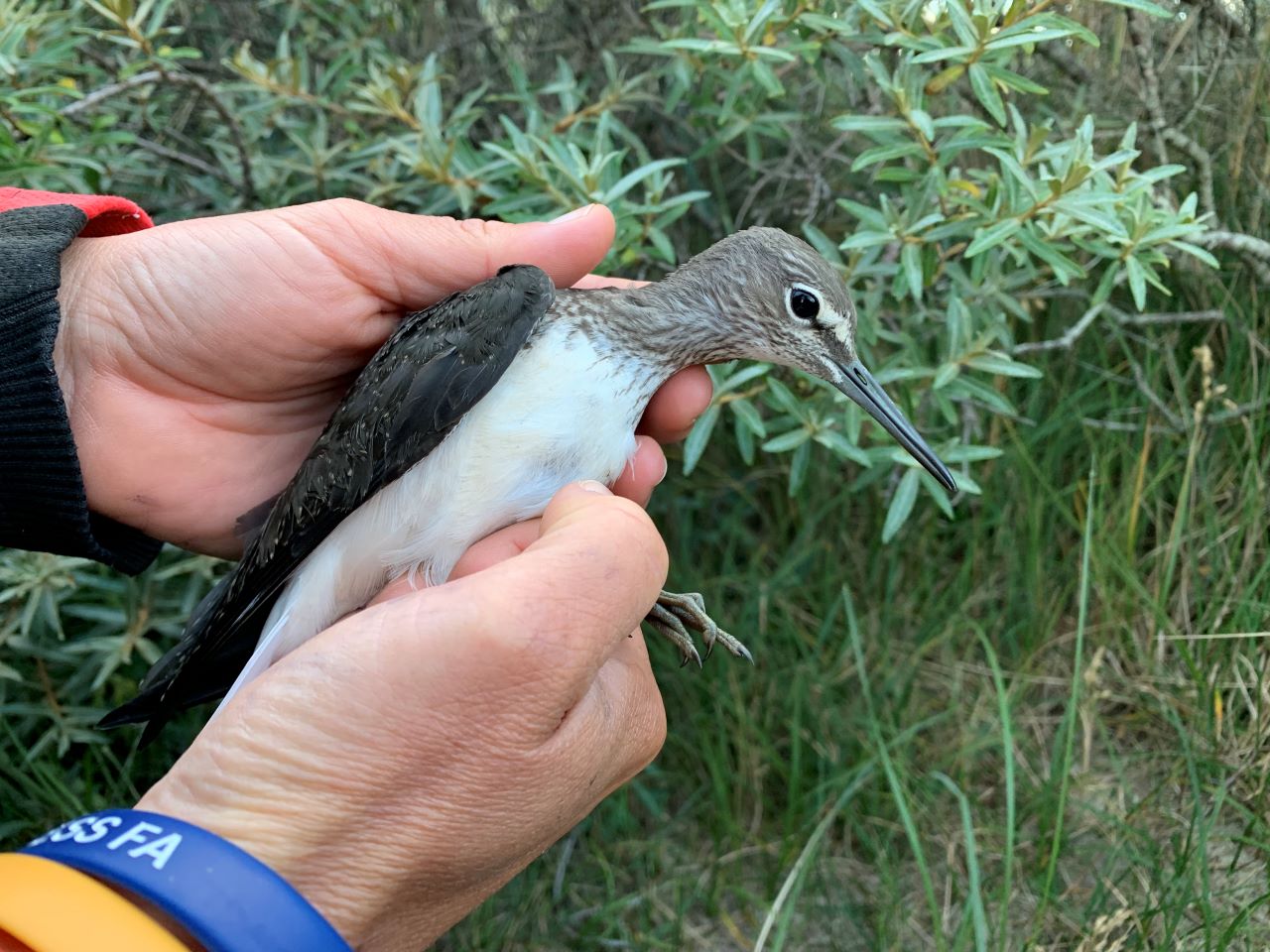 Today was most probably Nathan’s and Alice’s last ringing session due to poor weather conditions and Simon being away for a couple of days, The ringing today encompassed therefore some farewells; our loss is someone else’s gain. Benjamin joined us again today and was excited to see the Green Sandpiper (Svaleklire) up close.

Max sat at World’s End staring out to see and managed to spot a Black-throated diver and a Great White Egret. Several egret species have greatly expanded their range and numbers in many parts of Europe in recent decades and it is probable that such birds will become a much less notable occurrence here in Skagen in comings years.

Apologies for the late upload, I had some technical difficulties.