Birds in the dark

It was yet another day without ringing, this time due to last night’s activities. It is the season to be excited as we are trying for Storm Petrels (Stormsvale). The mist nets were set up on the beach and we had calls blasting out to sea, but alas there was no catch. We did however see Storm Petrels around the nets (here), the question remains can you count a bird seen through a night-vision camera as a lifer? It is no worries as we will be trying again this weekend, hopefully with a little more success. 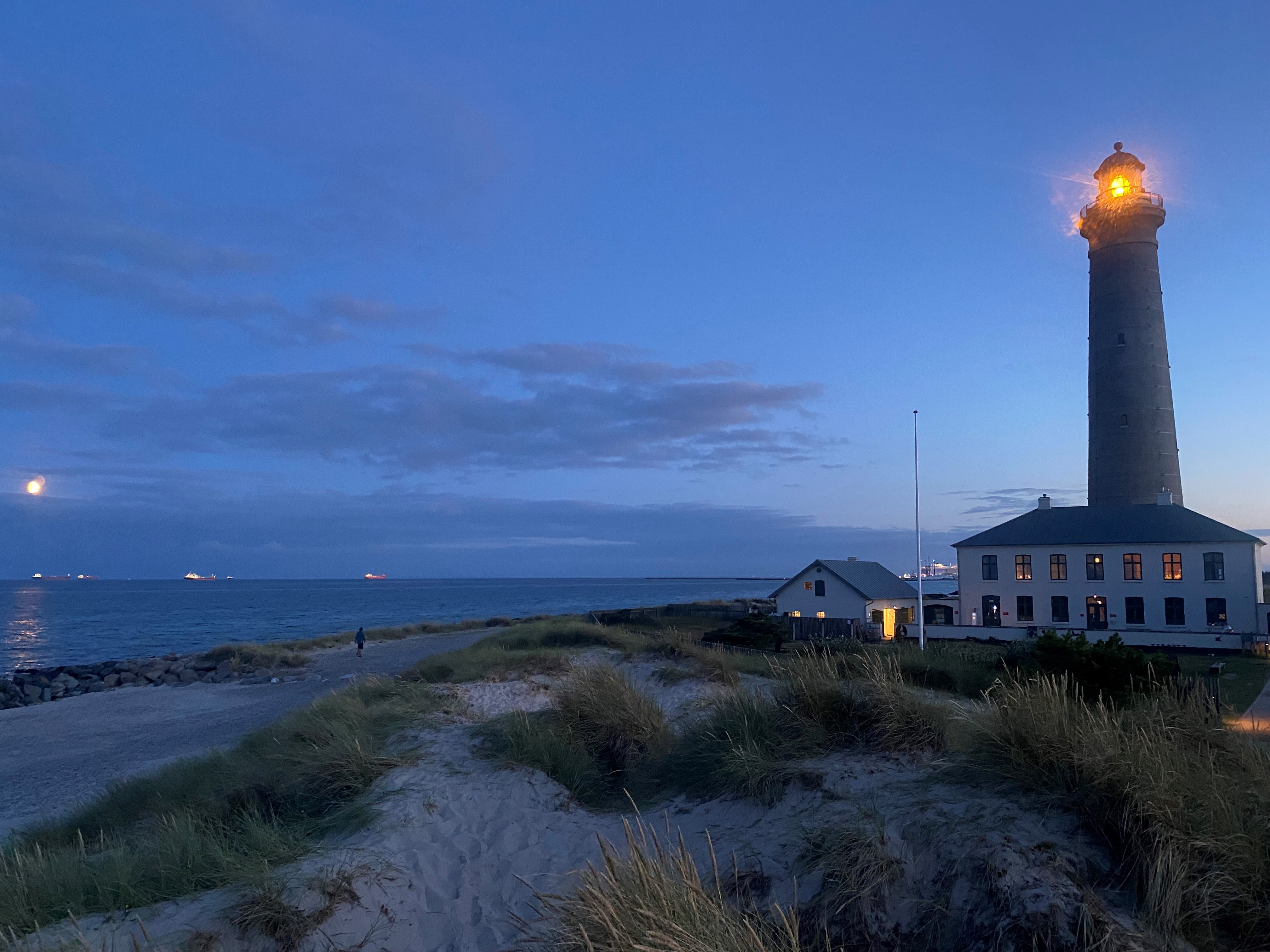 Today Manual and I went out to the World’s End for observations. The migration hasn’t hit its peak yet but we were treated to some good views of Black guillemot (Tejst), Arctic Skua (Almindelig Kjove), and several migrating Golden plovers (Hjejle). We are hoping the migration picks up soon. The local birds gave a good show today, with a Red-backed Shrike (Rødrygget Tornskade) showing well just outside the lighthouse.

Simon took the guests to Cormorant Lake today to check out an area for ringing and give an informal tour. One nest still had a chick left to fledge.

Frank joins us on the team today, which takes us up to four volunteers. He, unfortunately, ruined the pattern of each volunteer coming from a different country, but I suppose another Englishman is okay.