Last night, rain was forecasted for the morning, so we decided not to wake up early for ringing or observations for today.  Apparently, meteorology betrayed us, as it did not end up raining much this morning.  However, hopefully a little bit of extra sleep today will keep us fueled for some early mornings and late nights to come.

Robbie, who's been with us the past 2 weeks, also left Skagen early this morning.  It was wonderful working with him and having him around the station.  I'm sure I speak for all of us when I say we will miss him!

In the afternoon, I hiked around the nearby nature reserves.  At Ellekrattet, I found a goldcrest (fuglekonge), spotted flycatcher (grå fluesnapper), a sizeable flock of ~15 long-tailed tits (halemejse), and a family of red-backed shrikes (rødrygget tornskade), among the regular assortment of common species.  Meanwhile, Hanelie and Manuel were elsewhere in the reserve, viewing 7 first year red-footed falcons (aftenfalk), hunting and providing excellent viewing!  They also had some waders flying over, including green sandpiper (svaleklire), greenshank (hvidklire), and Eurasian golden plover (hjejle).  I soon encountered Hanelie and Manuel, and they directed me to where the falcons were.  I succeeded in being able to see 5 of the birds. 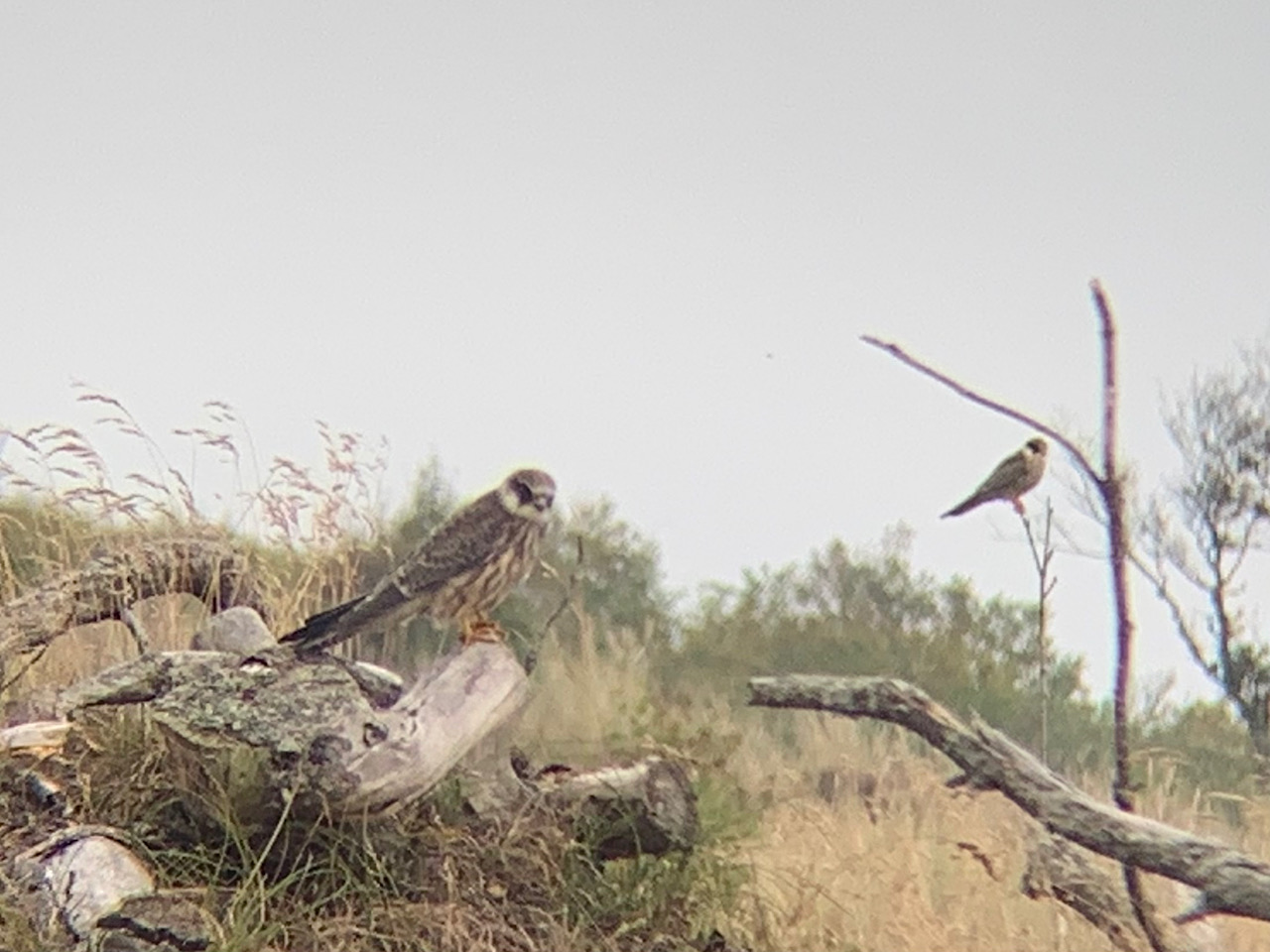 As juveniles, aftenfalk are quite similar to Eurasian hobbies (lærkefalk), so it was quite to nice to get close views and note separating field characters like a dark trailing edge to the underwing and a barred uppertail.  As was mentioned in the blog a few days ago, there's been an incursion of aftenfalk here in Skagen the past few days.  Unlike many other birds which follow fairly linear migratory patterns overall, red-footed falcons often venture westwards from their breeding grounds in western Europe and Asia when they migrate to southern Africa in autumn.

Tonight, Hanelie will be on nightwatch, attempting to catch storm petrels (stormsvale spp.) and nightjars (natravn).  Tomorrow morning, we will resume ringing and observations as usual.

That's it for now!

Observations of the day in DOFBasen from observers in the area