Wednesday began in the early hours with Hanelie taking the night shift hoping for some more Storm Petrels (Lille Stormsvale) and Nightjars (Natravn). Unfortunately, her efforts didn’t pay off and the birds decided not to show but we hope for some more luck next time we try. In the morning light Manuel was out observing and saw the usual species I still in relatively small numbers such as waders, including grey (Strandhjejle) and golden plover (Hjejle), Red Knot (Islandsk Ryle) and Bar-tailed Godwits (Lile Kobbersneppe). One event that he observed this morning that may cause some distress to some people was an unsuccessful migration attempt from a juvenile Marsh Harrier (Rørhøg) across the sea. The bird was approximately 300-400m from shore but was just too exhausted to reach the shore and Manuel saw the poor bird struggle in the waves before likely drowning. Although distressing and unfortunate, it is of course completely natural and large proportions of these birds making long arduous journeys across oceans may not always have the fat reserves or muscle capacity to reach land on the other side of these harsh ecological barriers.

Ringing in the morning with Kirsten, Max, Oluf and I was steady throughout the morning with some new species for some and some good diversity to break the stream of Whitethroats (Tornsangers) and Willow warblers (Løvsangers). This included bird such as a Garden Warbler (Havesanger), Spotted Flycatcher (Grå Fluesnapper) and a young Wren (gærdesmutte). 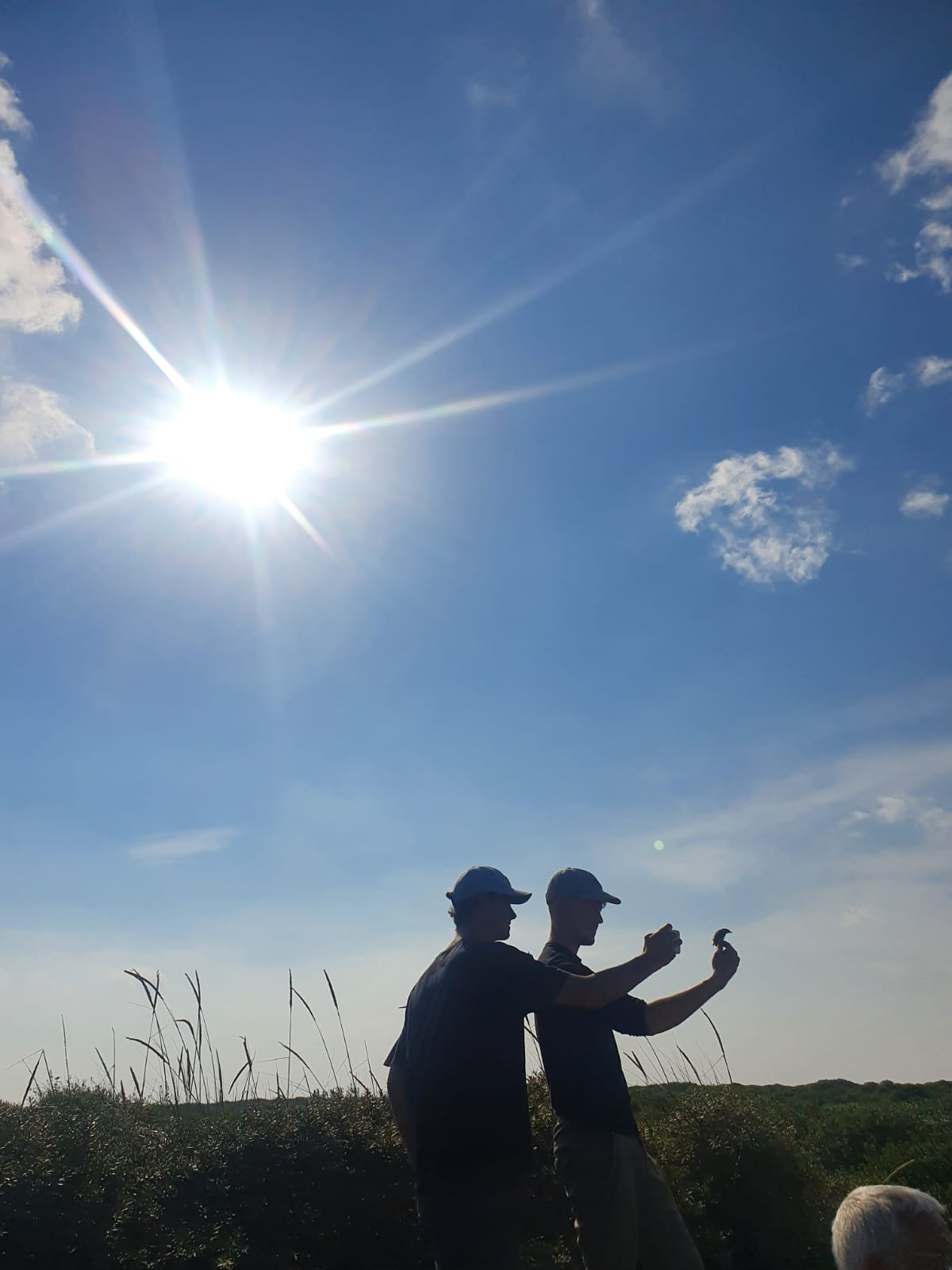 Later on in the morning Simon arrived with a large private group for a ringing tour, luckily we had a singular Willow Warbler to show them. 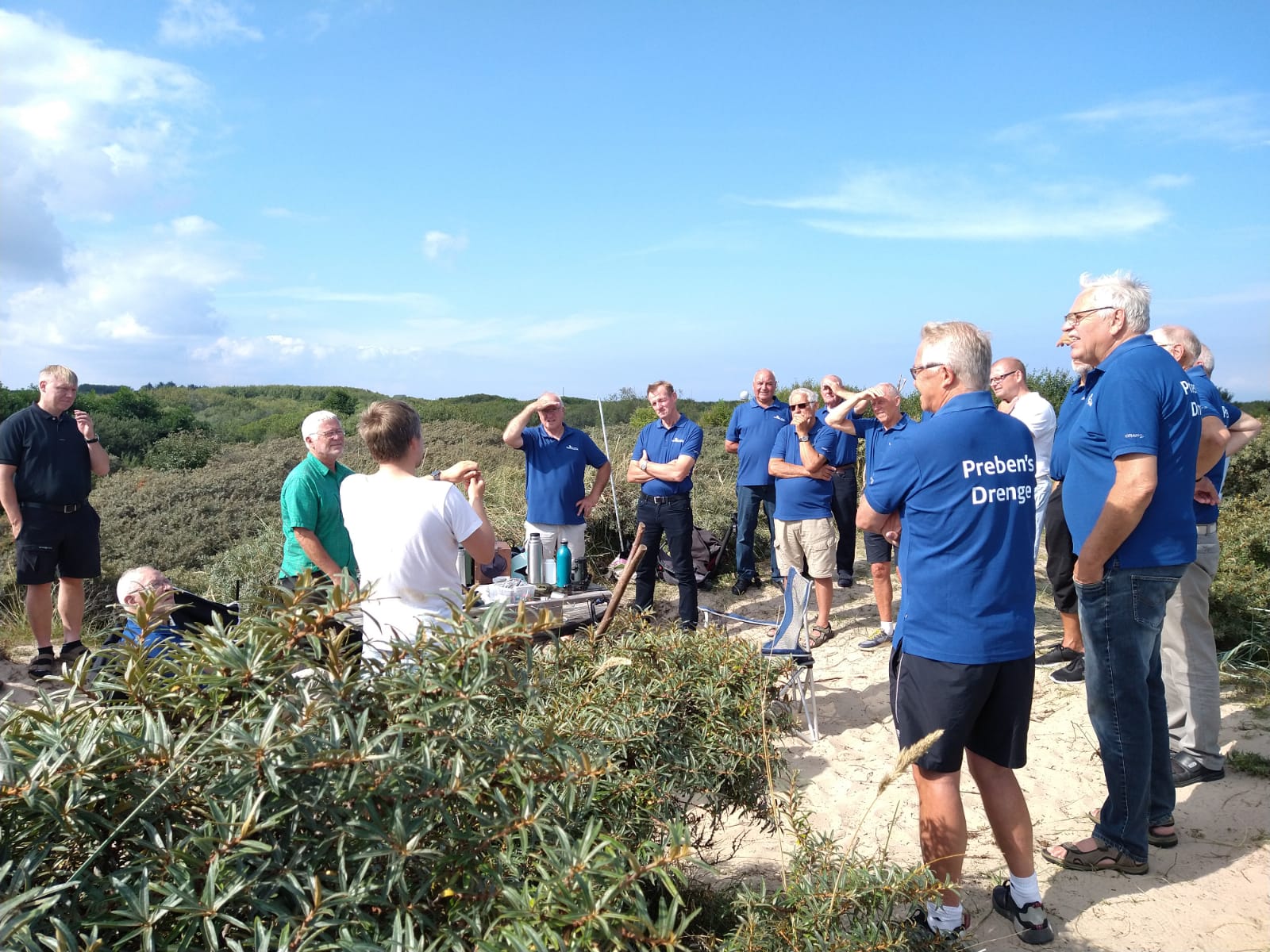 After the ringing, Hanelie went out with Oluf to find the Red-Footed Falcons in the area with great views of the birds hawking and hunting for insects. I also had something interesting in the form of a Magpie that had taken a liking to the inside life and taken a stroll into Simon’s house. Luckily though, Lisa was home to safely remove the bird and I got the chance to ring the bird before release. 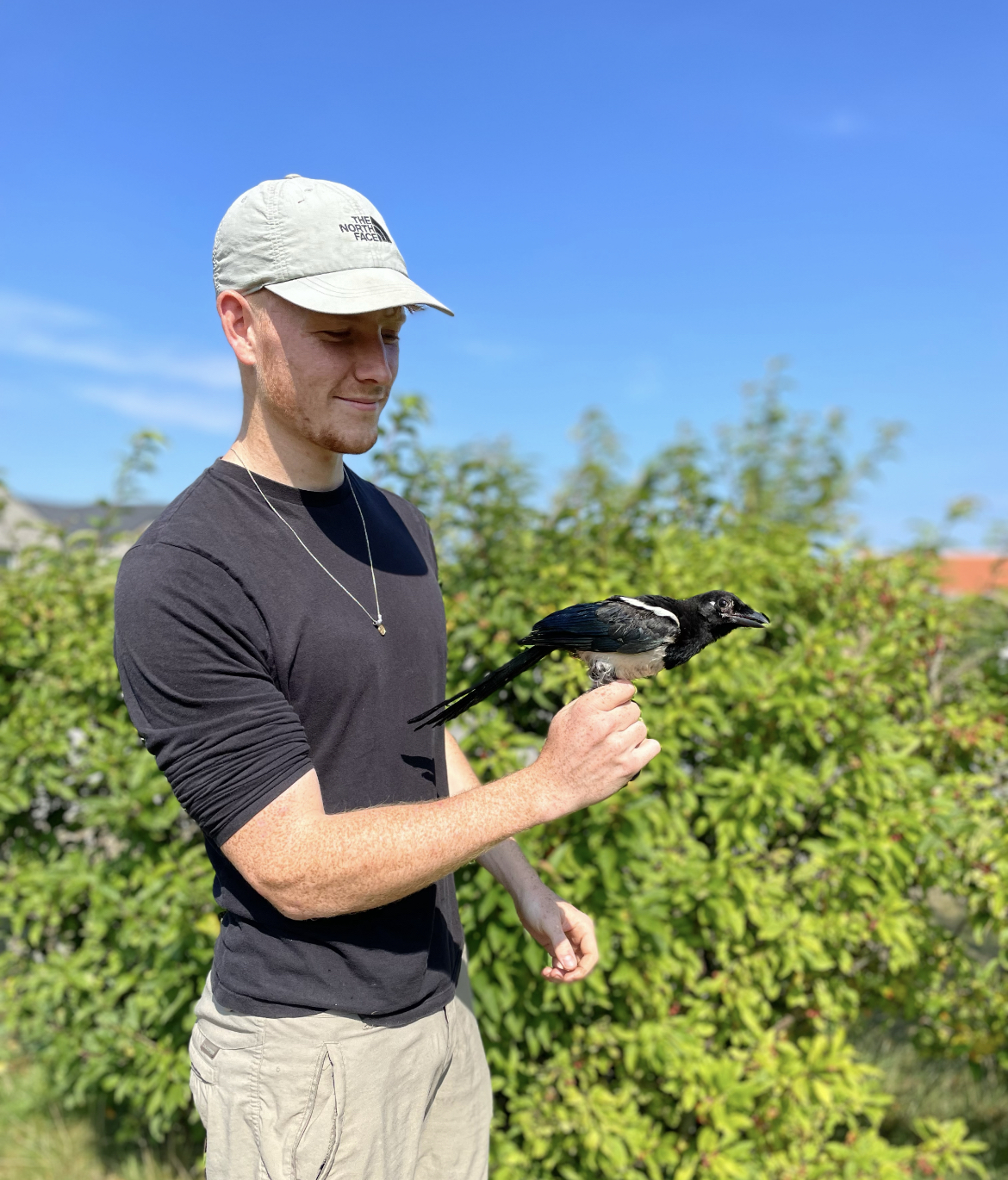 Me and Max also moved a few nets into their new location reaching further into the reeds with hopes for rarer reed specialists such as an Aquatic Warbler (Vandsanger) but also the more commoner migrating Acrocephalus but who knows what might show up.

Hanelie also went out this evening with the thermal camera to find where the Red-Footed Falcons may be roosting. Although she did not find the roosting site for the birds, she did locate an area clearly favored by the birds which we may exploit for a possible capture conquest in the next couple of days if they remain in the area.

Observations in the area on DOFbasen