Another sunny day dawns over the end of the world: In the net at Kabeltromlen hangs a young Nightjar (Natravn) and just about the tip a slow and very close Fulmar (Mallemuk) gave excellent views. 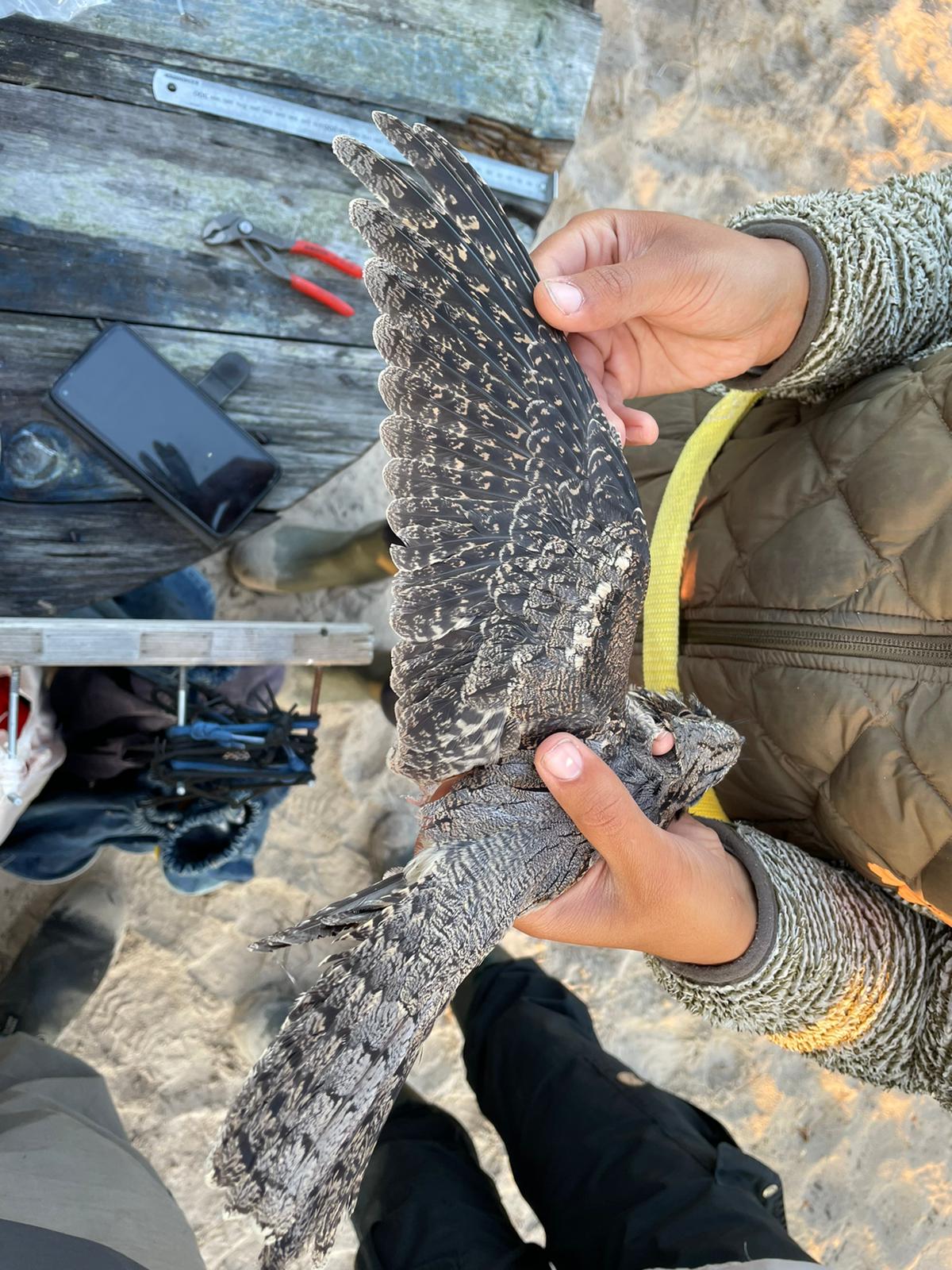 It was a real surprise on the first round this morning when, after all the night catching sessoins, a Nightjar now also hit the net during the day (albeit very early). The bird was clearly still very young, with growing feathers in tail and wings. A fascinating animal again and again and the first one to be caught at Kabeltromlen since the Bird Observatory opened.

After that though there was quite little activity for the rest of the morning and only a few birds in the nets, but Bullfinch (Lille Dompap) is always a little highlight.

With this beautiful summer weather, the bird migration continues to not really get going. A few waders passed over the tip, along with the Mallemuk mentioned at the beginning. At least there is enough time to look at all the great flocks of gulls. Which was again worth it, as Knud picked out a clear 1. CY Caspian Gull with his sharp eye. 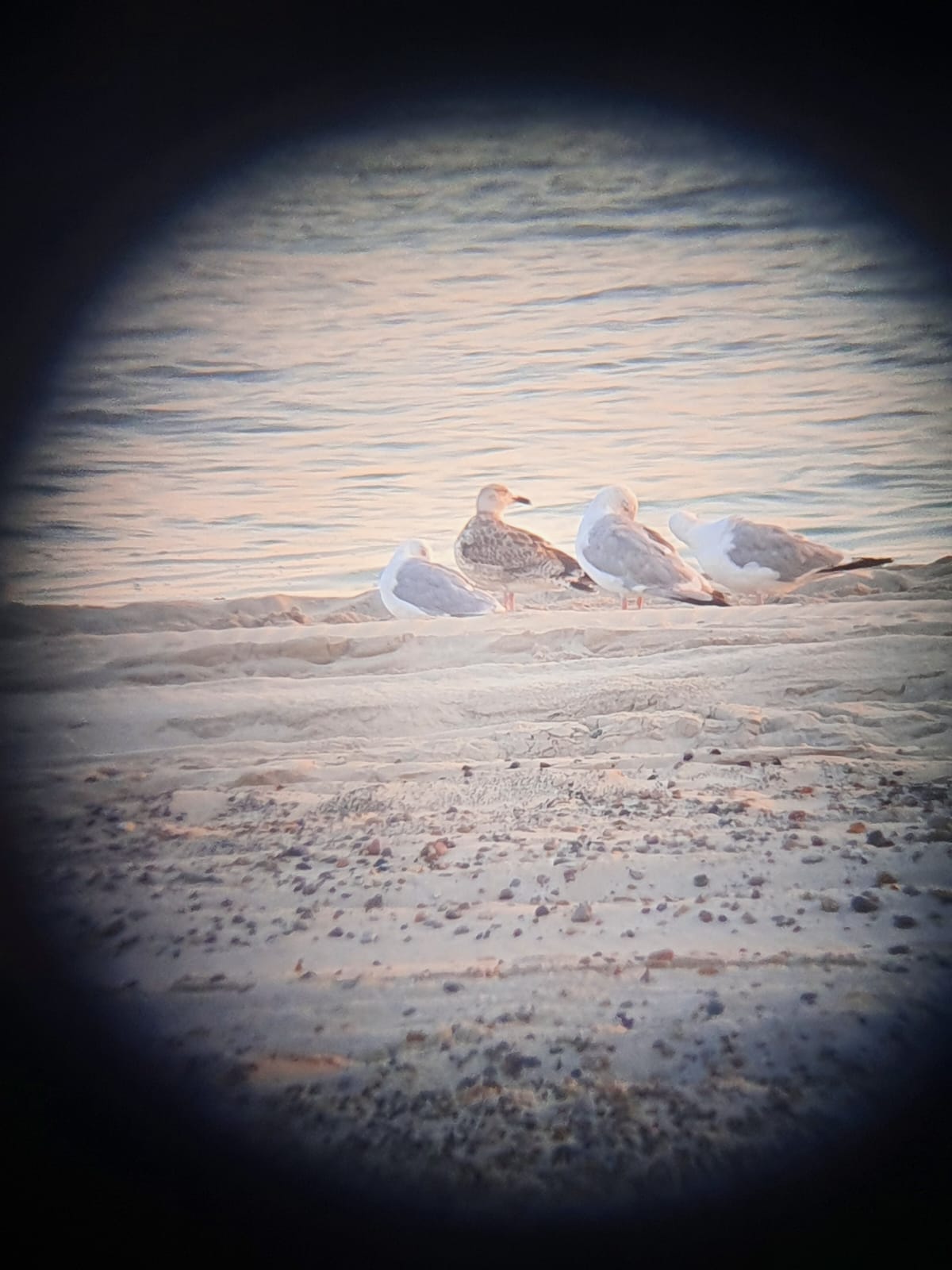 We later spent some time with another interesting gull, here perhaps photos will bring a final answer?

Observations of the day in DOFbasen from observers in the area