Great Skuas in the evening

The day started quite slow for us, as the weather was too rainy and windy to go ringing. Luckily the weather became better late in the the morning and Solenn and Aksel went to Worlds end 3 for observations. They saw a Golden Plover (Hjejle), Common Terns (Fjordterner) and Razorbills (Alk). Aksel saw his first Red-throated Divers (Rodstrobet lom)! 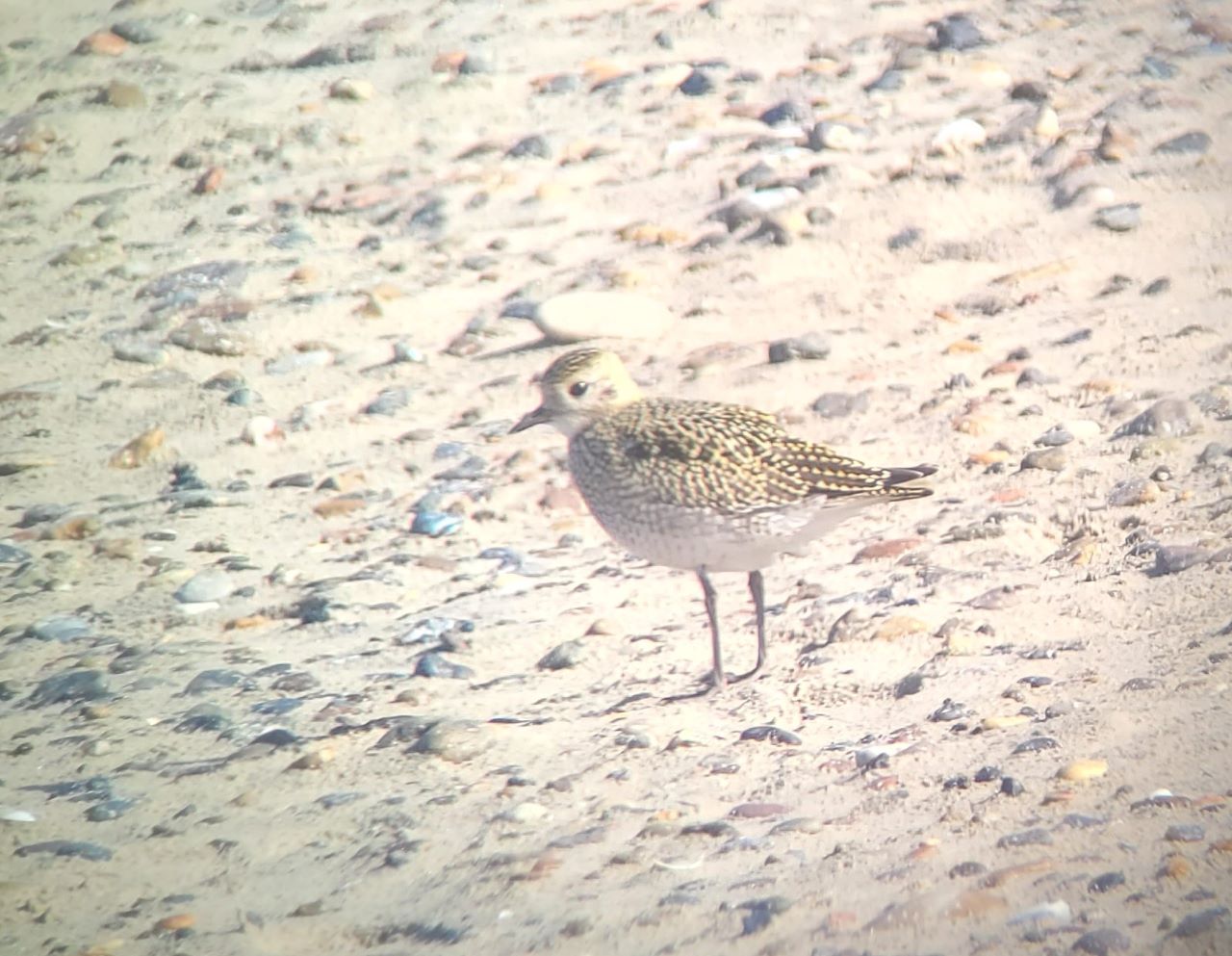 I joined them later and then went back to the station with Solenn, while Aksel stayed at the observation point and was joined by Diana then. She also made some beautiful paintings of birds today as you can see in the picture below. 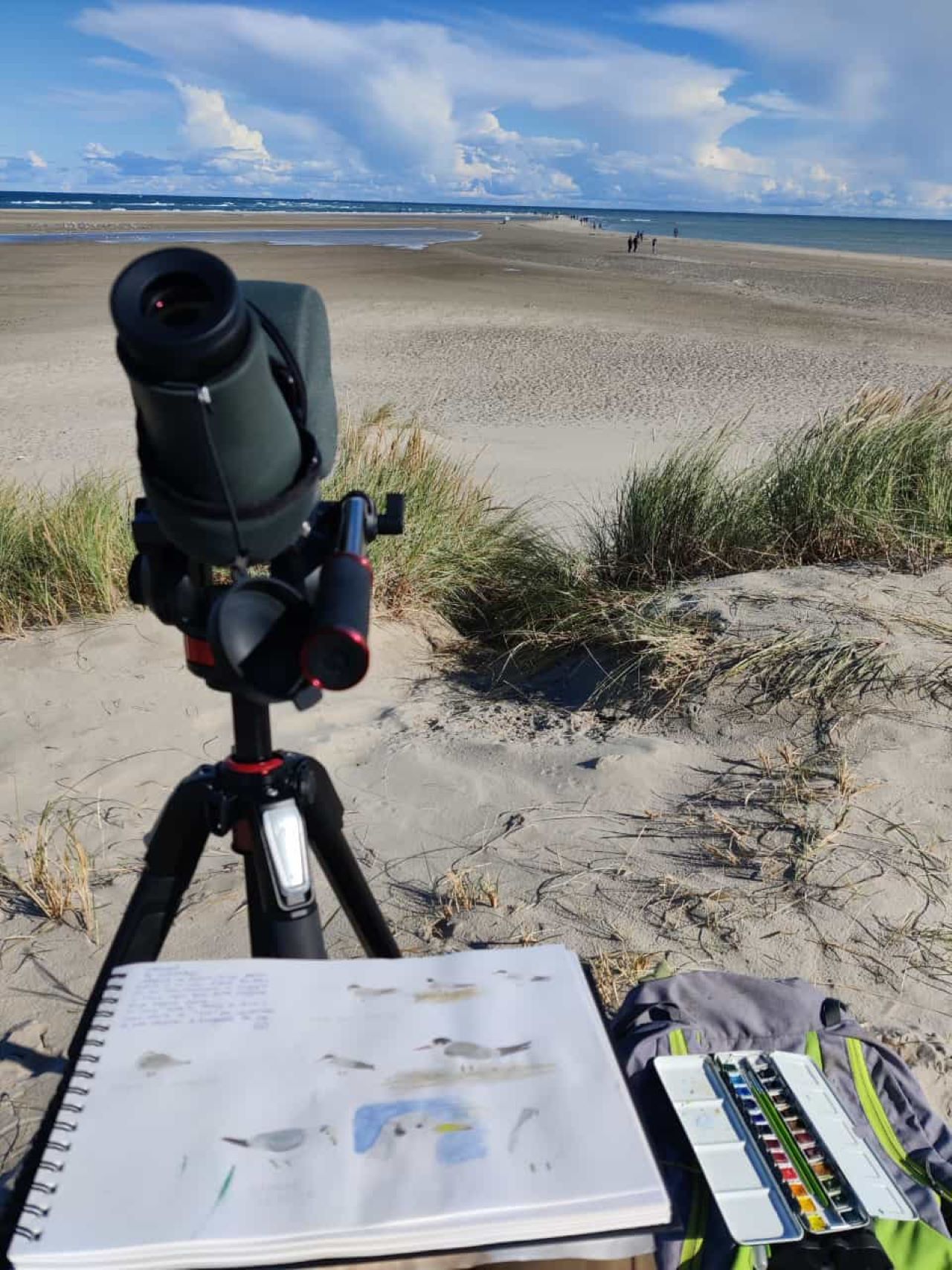 Hanelie went to Batteriskoven in the afternoon and she saw two Great Spotted Woodpeckers (Stor Flagspætte), a lot of Chaffinches (Bogfinke), Crested Tits (Topmejse), Siskins (Grønsisken), a Eurasian Treecreeper (Træløber), a lot of Goldcrests (Fuglekonge) and Great Tits (Musvit) as well as Blue Tits (Blåmejsen). Then she went to the industrial area and saw some Goldcrests (Fuglekonge) and Yellowhammers (Gulspurv) and a bit further on the horse fields four Lapwings (Vibe) and also four Common Snipes (Dobbeltbekkasin) in a ditch. Afterwards she went to Grenen near the tractor track and met Knud and some other birders there and they saw the Scopoli’s Shearwater ( Scopolis's skråpe) and two Great Skuas (Storkjove).

Solenn, Aksel and I did some data work in the afternoon. We were interrupted by some people who brought a Common Kestrel (Tårnfalk) they had found in the street ; the bird was probably hit by a car. We put it in a card box in a cool spot and called the animal protection (1812) who could take better care of the bird ; one of their volunteers picked it up two hours later, hopefully to its full recovery.

Obersvations of the day from observers in the area