today was, once again, too windy to open the nets, so we decided to put some effort on seawatching and bird counting. Diana, Aksel, Simon, and later Johanna went to World End 3 for seawatching with Knud, where they saw a Sooty Shearwater „Sordfarvet Skråpe”– we are definitely grateful to see so many Procellariidae these last few days ! They also had a Great Skuas „Storkjove”, and spent some time detailing the shorebirds to be able to better identify them on the field. 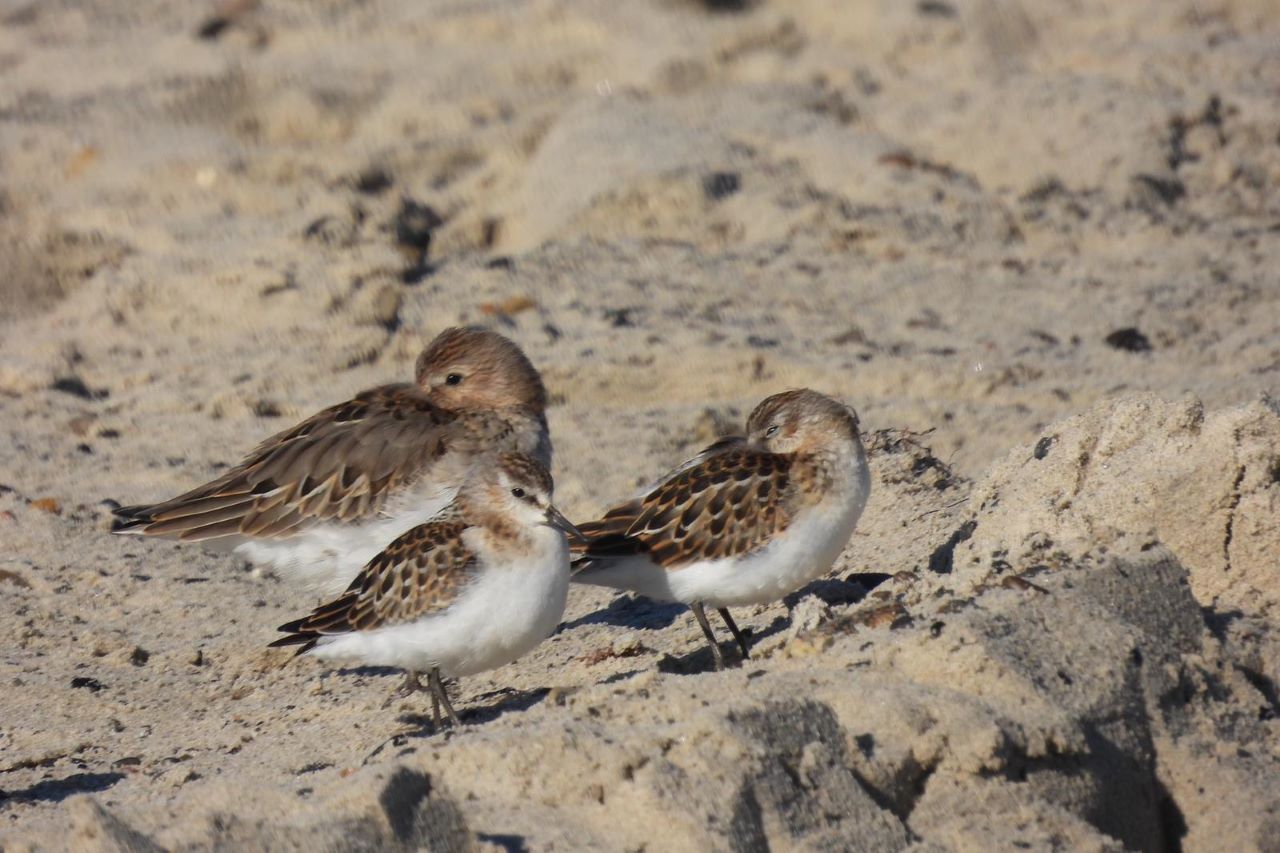 In the afternoon, Simon dropped them at Gammel Skagen for a 10 km long Fulmar  "Mallemuk" survey : the goal is to collect dead Fulmars "Mallemuk" in order to study the amount of microplastic contained in their stomach. They found on sadly encountered dead 37 Gannets, six Guillemots „Lomvie”, one Razorbill „Alk” and one Sandwichtern ”Splitterne“. Along the way, in honor of the World Clean Up Day that happened last week on the 17 of September, but also because we care about the safety and health of our seabirds, they collected 4 kg of waste along the shore – mostly transparent plastic, that seabird might mistake with jellyfish, and fishing ropes, in which seabirds can get entangled.
In the meantime, Solenn and I had a very different day. In the morning went with Rie to Jerup Strand to look at waders ; we had good numbers of Dunlins „Almindelig Ryle“ and Oystercatchers „Strandskade“, and happily identified Bar-tailed Godwits „Lille Kobbersneppe“ and one single Greenshank „Hvidklire“ ; on the way back, we had some Ruffs „Brushane“ on a field and very good views on a sparrowhawk that decided to rest for a moment on a pole. 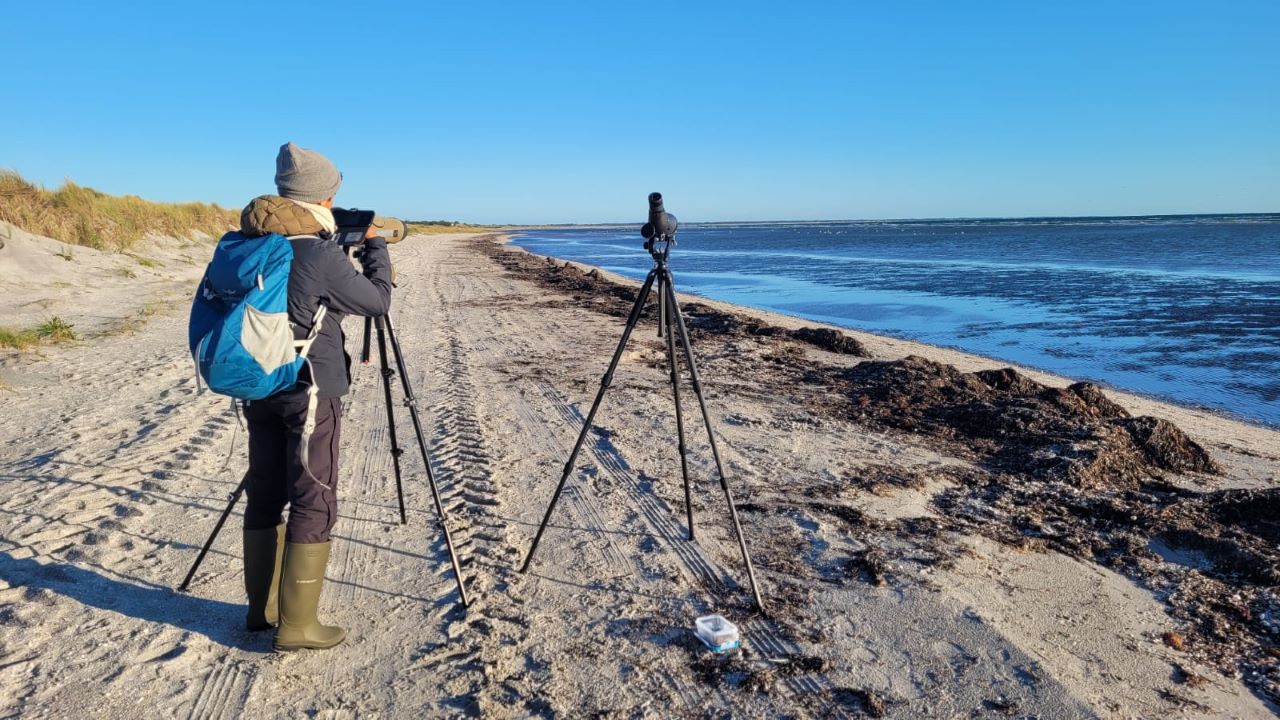 After our nap, I continued analysing the nocturnal migration recording while Solenn entered the observation data and started cooking dinner and baking some biscuits and cookies, which hopefully will help Diana and Johanna to stay awake tonight as they have the nightwatch today for our stormie + nightjar night catching session. We´ll ceep you updated on the results of that session!

While Diana and Johanna will probably be sleeping tomorrow morning, Solenn, Aksel and I will be in the field, so see you tomorrow!