At five minutes past midnight, I heard a knock on our door, it was Aksel bringing me good tidings of a lucky night catch. I ran to the lab, where Louis, Prescillia, Diana, Frank and Aksel were setting up for the ringing of four nice birds. Simon got here fast as well. He called the catch on Zello, and the ringing, measuring, weighing, gendering, aging and photographing began. We ended up with a group photo session of the four birds: Jacksnipe (Enkeltbekkasin), Water Rail (Vandrikse), Yellowhammer (Gulspurv) and Stonechat (Sortstrubet bynkefugl), before we released them. I was really happy to get this experience with the team at Skagen Fuglestation.

Louis, Diana, Prescillia, and Frank spent the morning mending the last nets at the attic. Nice to be prepared for next season.

In the afternoon, Diana, Frank, Louis, Søren and I went hunting for Snowbuntings (snespurve) on Nordstrand. As we were setting up the wooshnets, the Snowbuntings started gathering around us. They apparently know that people moving around like we did means food on the beach. 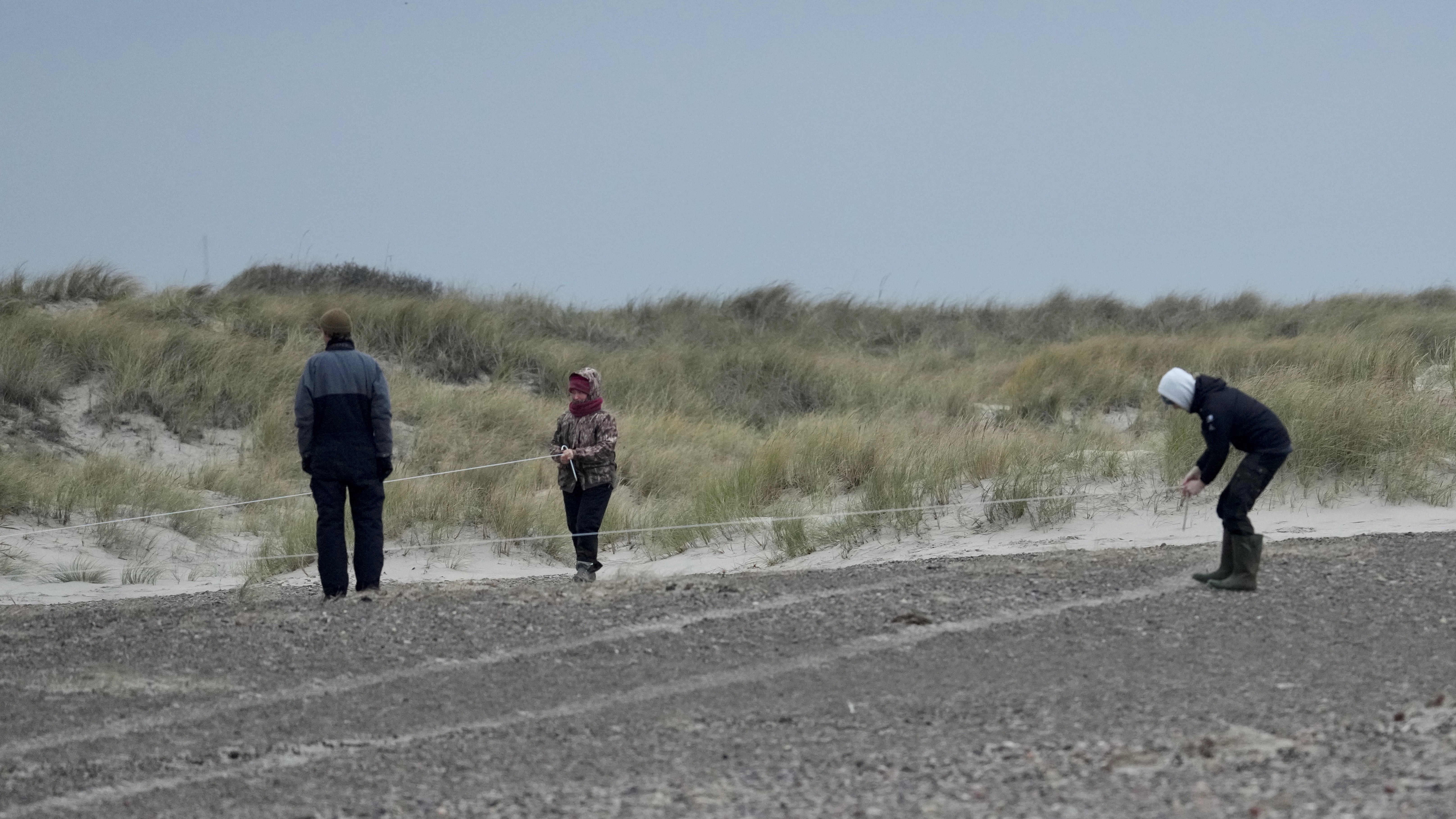 As we told you yesterday, Frank and Simon had been optimizing the nets with new strings and elastic ropes. As Diana, Louis and Frank tested it on the beach, it worked really perfect. So, Diana laid out the seeds and we all sat very excited behind the dunes. And the Snowbuntings (snespurve) came closer and closer and just two seconds before Frank was about to release the net, a Sparrow Hawk (Spurvehøg) attacked and took one of the Snowbuntings! Our hunt was over… half an hour later, the flock of Snowbuntings came back again, but they never got close to the wooshnet again. We guess it was the same Sparrow Hawk that disturbed our hunting on Monday.

Søren set up a post with his camera at the beach close to the water, and besides taking pictures of Kittiwakes (rider) and Northern Gannet (Sule), he had a Sanderling (Sandløber) coming up close. 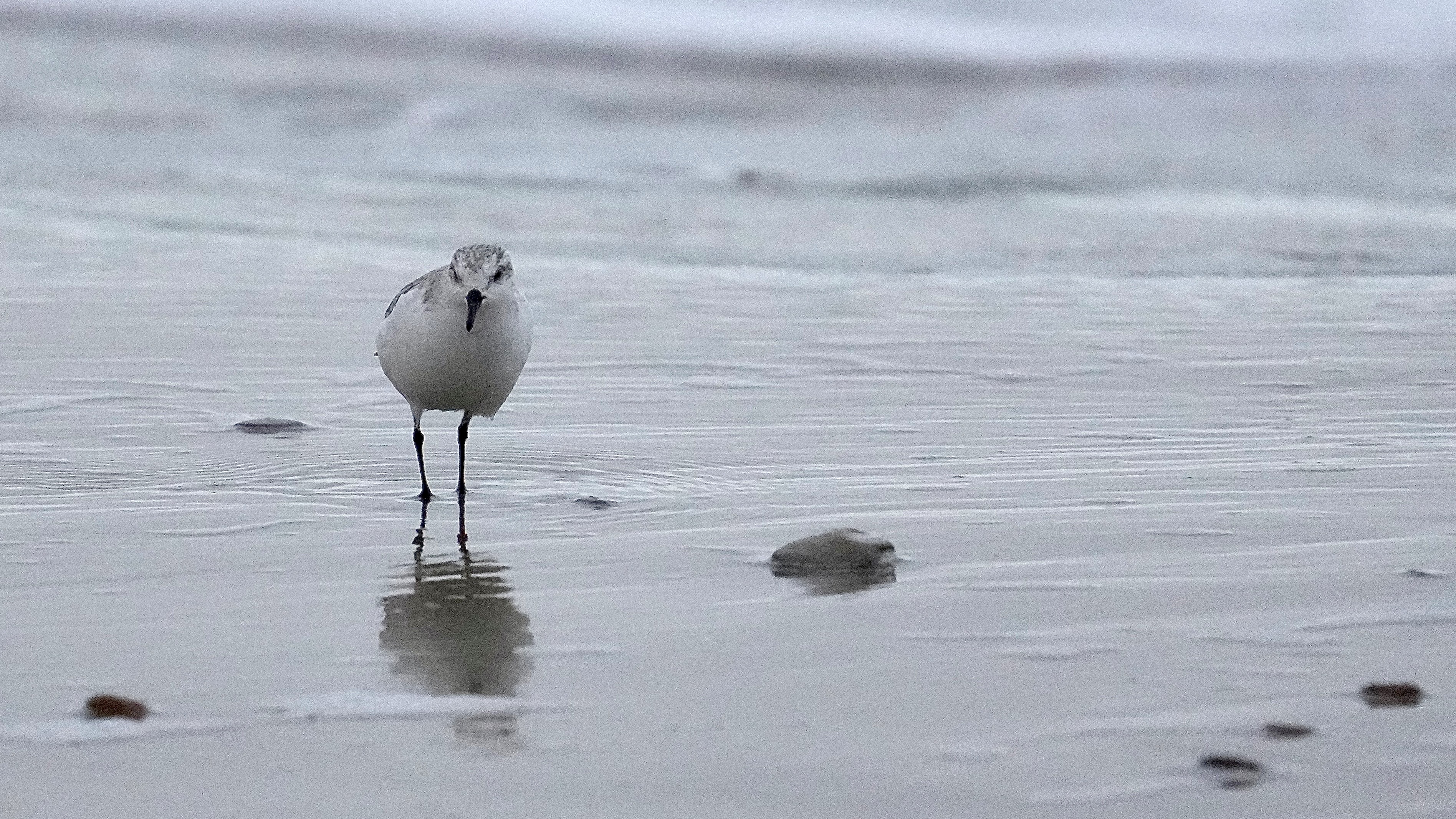 Aksel went out running in the afternoon, after keeping the score for all of us on the World Cup in football. Some of us finished the Christmas log cake from yesterday. It was still very nice. 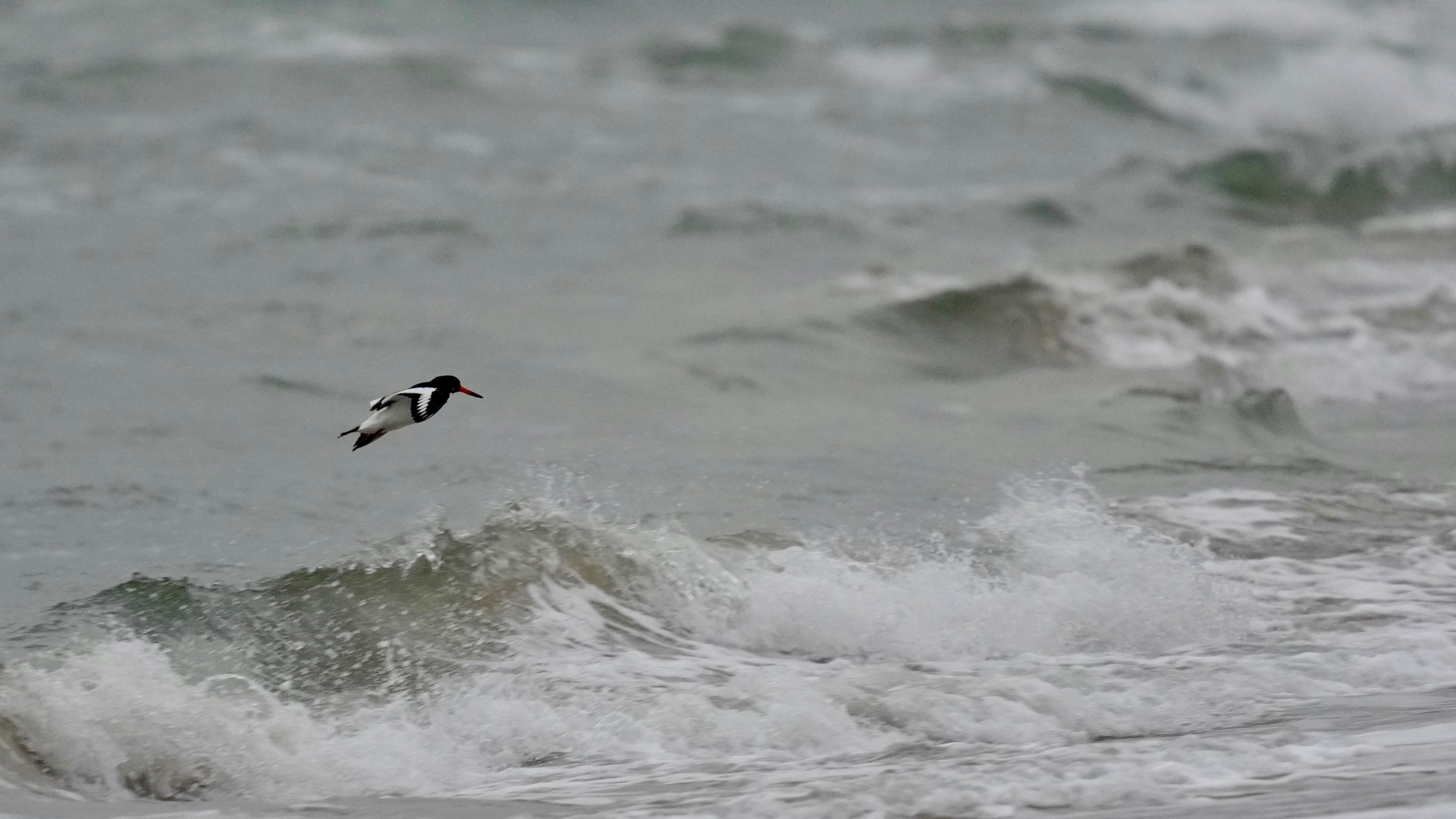 Tonight, we will go night catching again and hope for a great catch! 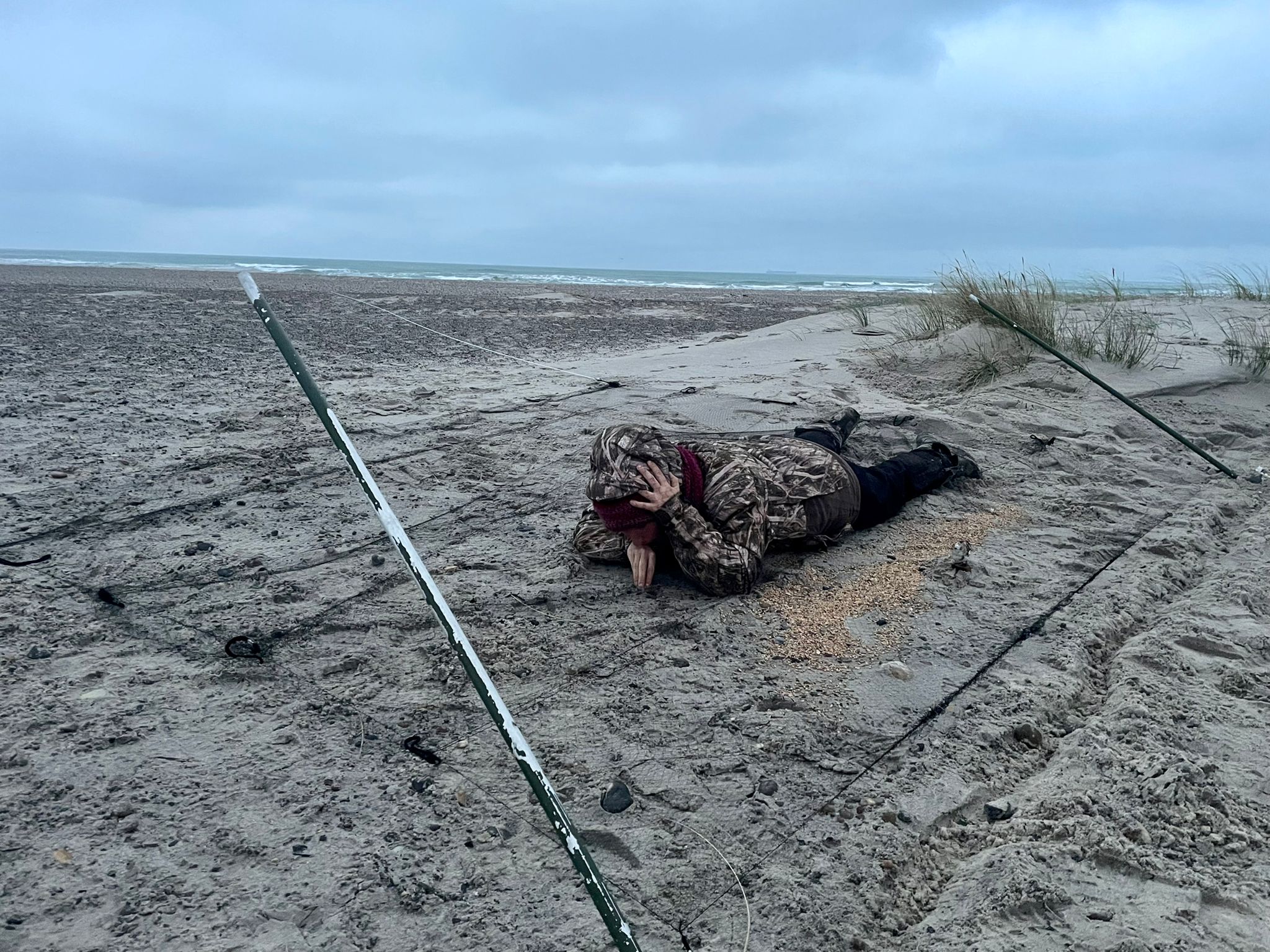 Many greetings, Karen Marie (guest at the station this week together with Søren).