In the past days my wish was to catch a Tree Sparrow (Skovspurv) and today we caught two!! This is a species really cute, which I never saw in hand: there are so many wonderful nuances in such a brownish-like bird for most of the people. Today Aksel and Olivia were as usual together, and they were in charge to open the nets in the Lighthouse and to check them. Considering that being 4 at the ringing, with just two nets open, is quite superfluous, me and Louis decided to go to Grenen to observe and to try to catch something cool. Luckily me and Louis checked the nets before going to the tip: we saw immediately two Tree sparrows (Skovspurv) caught!! We stayed at the Lighthouse the time necessary to see them ringed and I was really happy, but the best was yet to come. Some minutes later after taking out the birds from the nets also a House Sparrow (Gråspurv) was caught! In Italy we have the Italian Sparrow (Passer italiae), which is another different species, endemic to Italy, so, also the House Sparrow (Passer domesticus) was the first one seen in hand for me. I don’t know if I will ever have again the chance to see the Tree Sparrow (Passer montanus) together (picture below) with the House Sparrow in the same time!

Then, me and Louis went to Grenen while the ringing continued and in the same time Michael Anker was ringing at Jenner Sø: he had the luck to catch a flock of Long-tailed tit (Halemejse) with rings from Sweden!

At Grenen we saw a couple of big divers passing, probably Great Northern Diver (Islom), and just a few (14) Snow buntings (Snespurv). There was not much movement in the sea and we had fun setting up the Whoosh net trap and reading colored-rings on gulls (we read five rings). 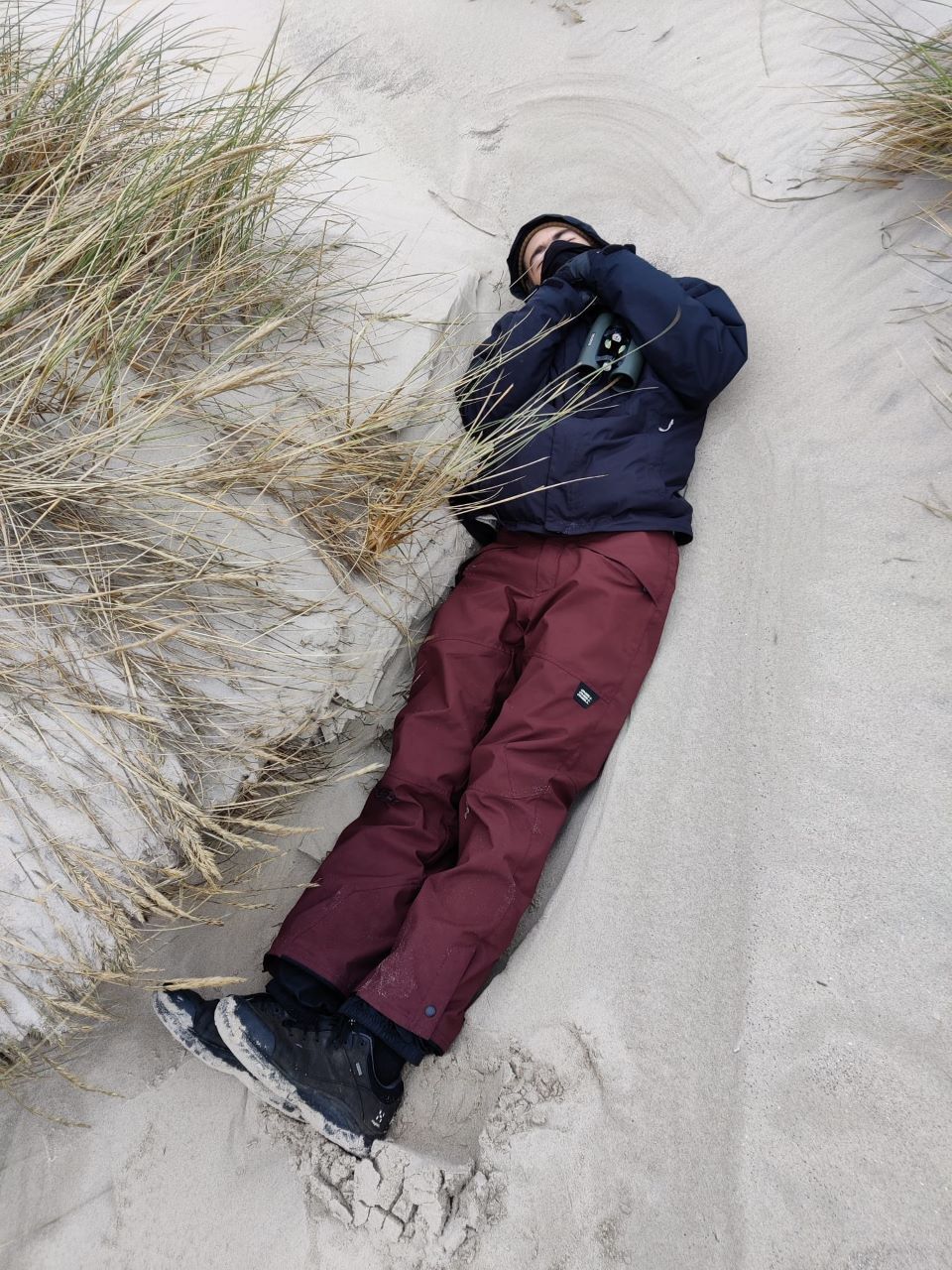 Louis resting in the fresh sand

Then it was really cold, we came home and ate with the others 2 and then Simon brought all of us to do some birdwatching. 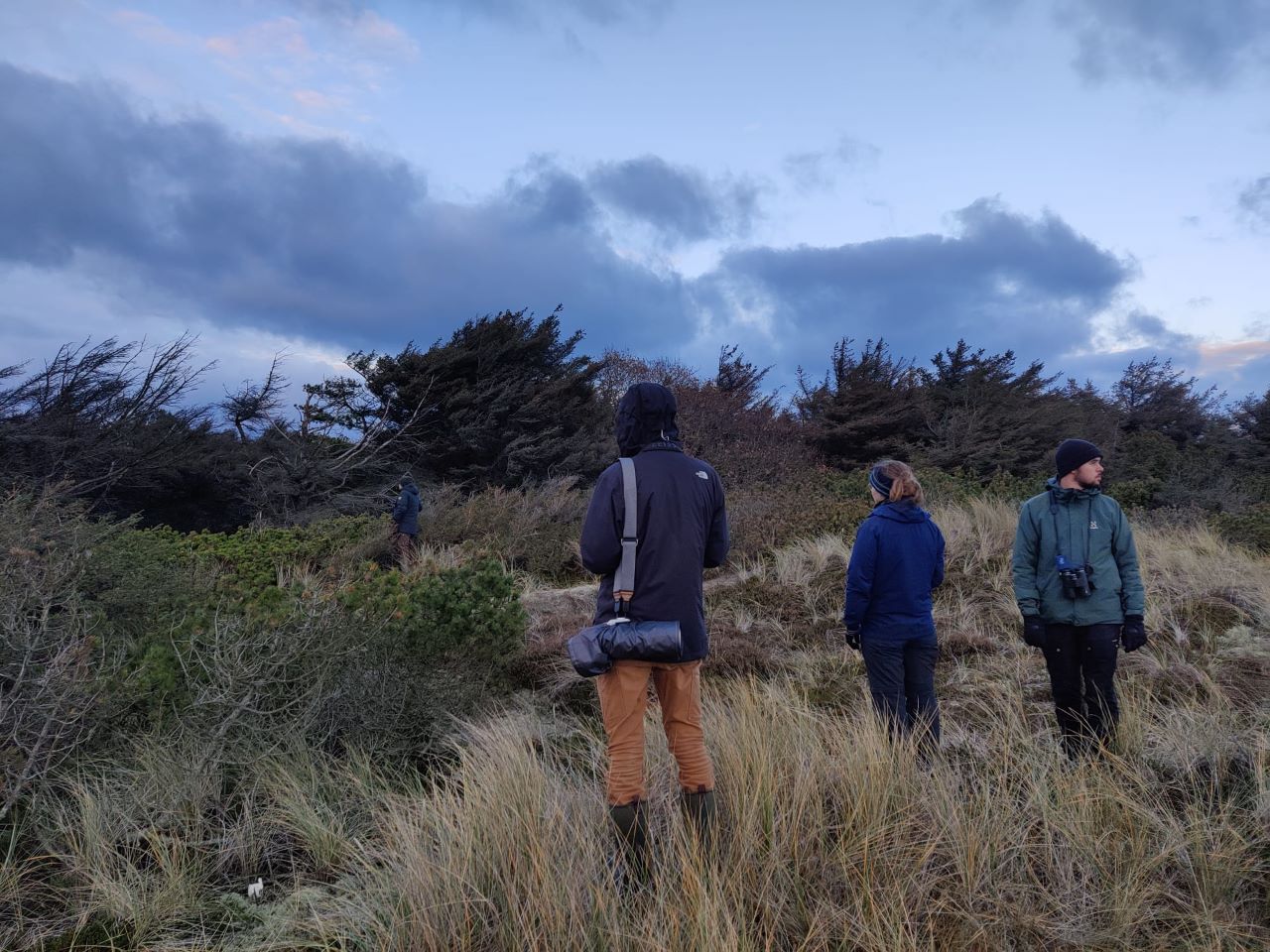 It was really nice and coming back home we visited also his very nice house and picked up the tennis-table set. We went also to the shop and later in the afternoon I spent other time just with Louis again and we played tennis-table.  All of us did some practical indoor work for the station and than we had dinner.