Another beautiful sunrise greeted Sarah, Rolf and I this morning at World’s End for observations. As we were setting up, Rolf picked up the call of an Olive-backed Pipit (Tajgapiber) flying over, but without a good view and no recording he said it will probably have to go down as “one that got away”!

Nevertheless, it was obvious that the clear skies overnight and cold dawn had brought with them a good fall of migrants. Passerines were evident in the bushes all around, and for a nice change were obligingly perched in the sunshine. One bush contained a good selection of warblers including several Blackcaps (Munk), a Garden Warbler (Havesanger) and then finally an immature Barred Warbler (Høgesanger) found by Rolf which gave good views while it ate berries. Interestingly, we noticed that the bird was ringed and so it would be easy to assume it was the same bird ringed here on Friday even yhough taht it had a lot a fat when trapped which often is a sign of it being ready to leave the coming night. Other birds seen during the morning included an obliging Great Grey Shrike (Stor tornskade) and a hovering Rough-legged Buzzard (Fjeldvåge). Both these species are very localised winter visitors to the UK and can be difficult to catch up with, so were much appreciated by us.

Given the good conditions, Molly and Simon had a surprisingly slow morning at the nets, and so Sarah and I were invited down to the ringing area for our first introduction to ringing. It was great fun learning some of the basics of how to extract, hold and process birds - as well as how to endure the vicious attacks of Blue Tits without too much swearing! 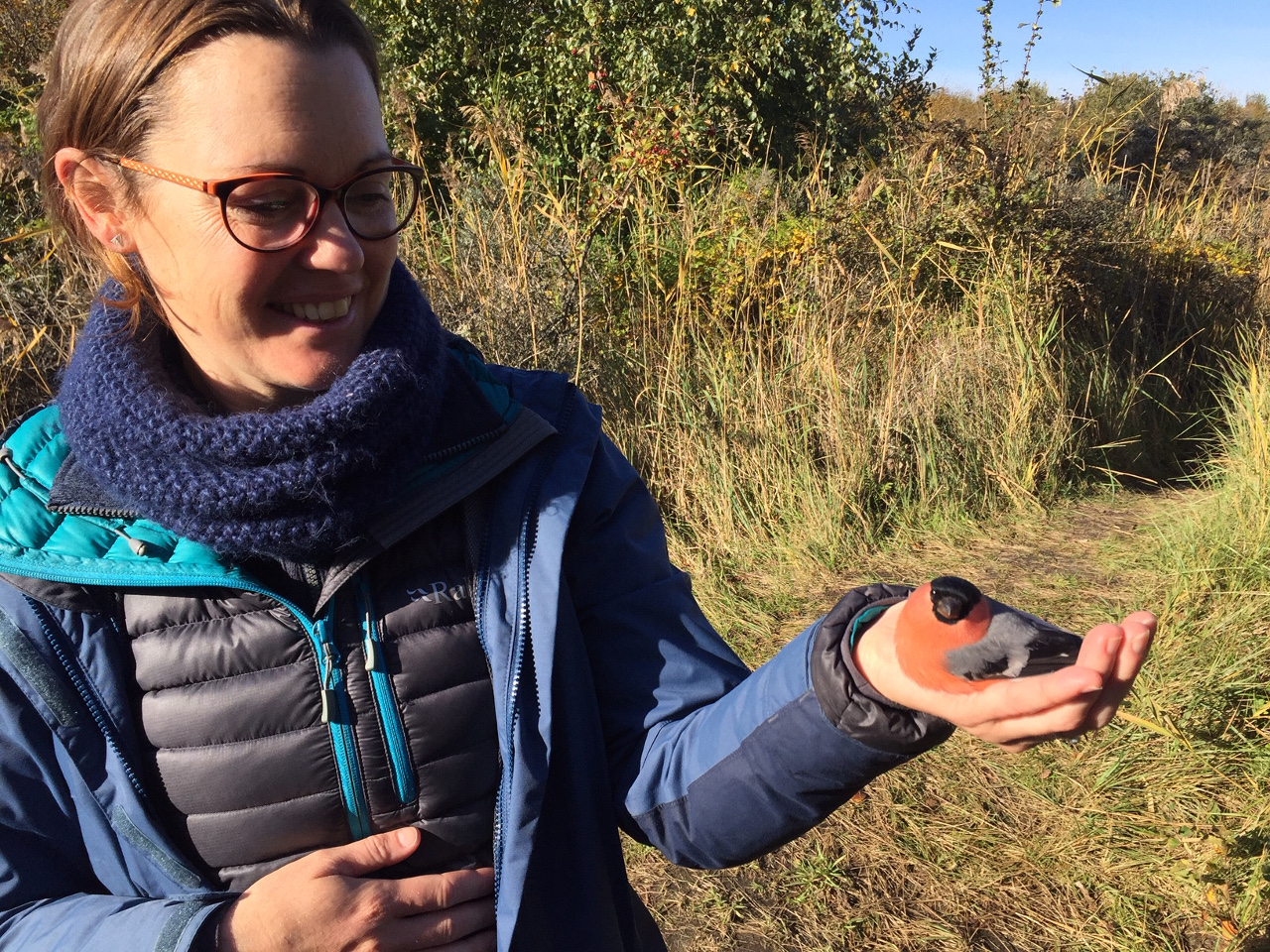 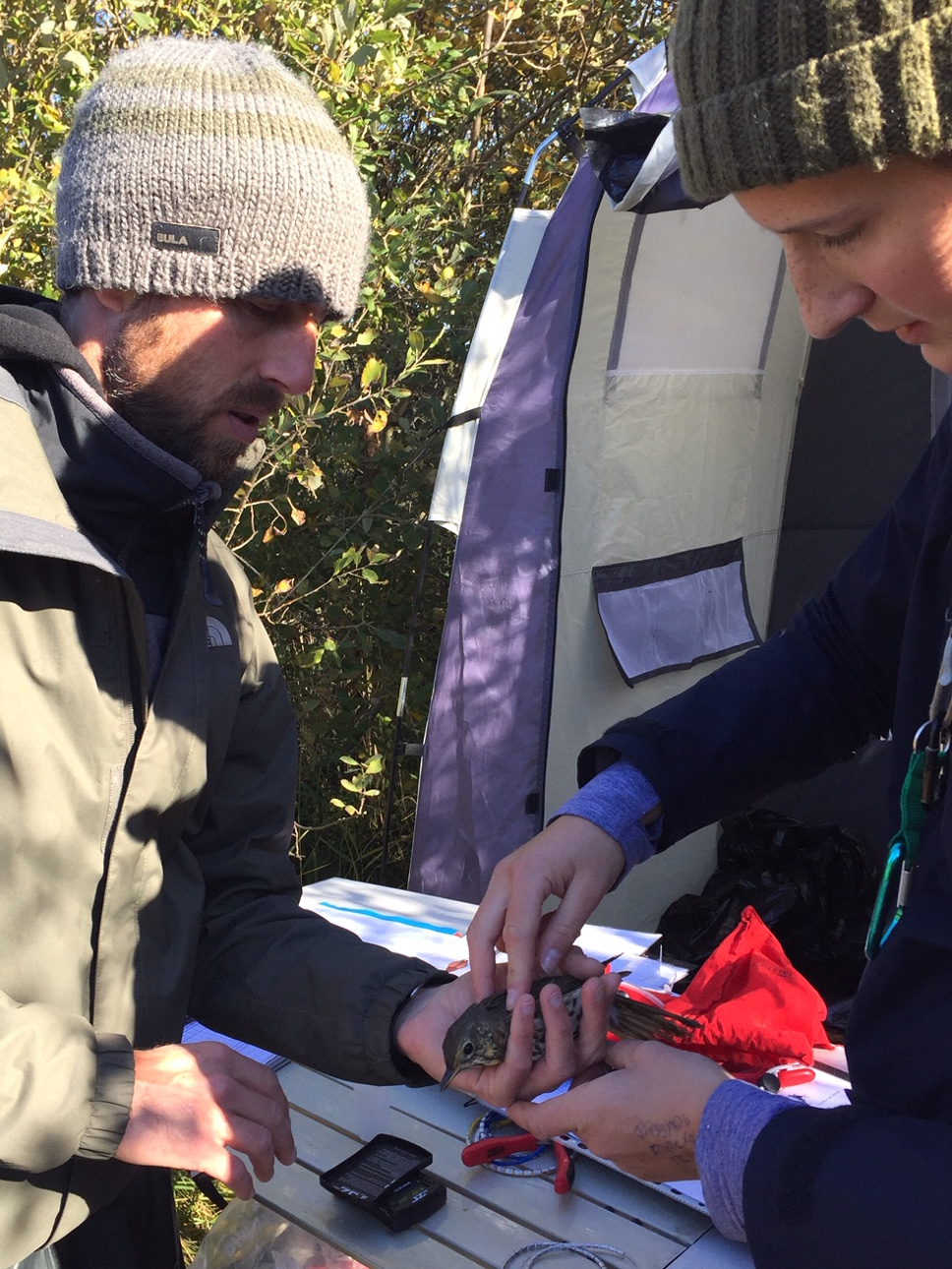 Molly showing James how to hold a Song thrush (Sangdrossel)

As is often the case, while we were away Rolf found probably the rarest bird of the day - a ringed Little Bunting (Dværgværling), which seems highly likely to be the bird ringed by Molly last week. In the afternoon, we went with Simon to several birding spots around Skagen in search of the elusive one or more Nutcrackers (Nucifraga) which have been reported flying over various local birders’ gardens. Needless to say, we didn’t have any luck, but now at least we know where to look!